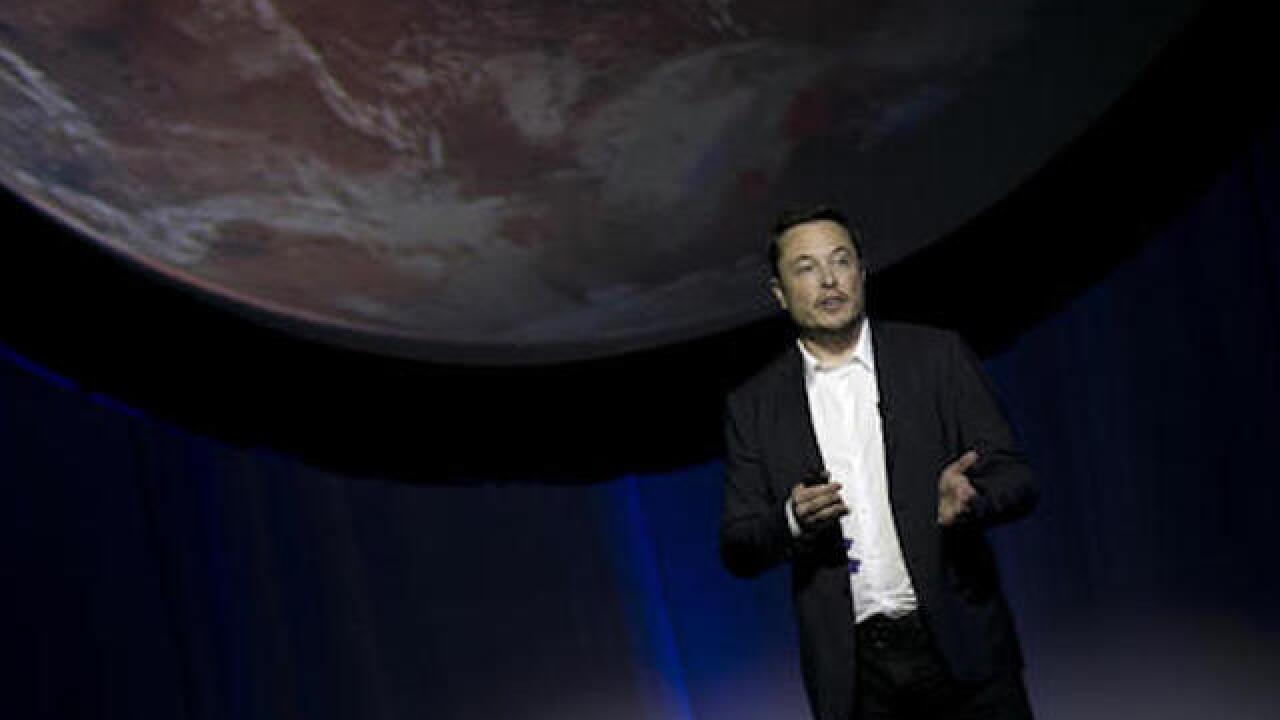 SpaceX CEO Elon Musk has given more details about his plan to colonize Mars.

Musk answered questions on Reddit on Sunday. The session was a follow up to Musk's comments at a space conference in Mexico last month during which he unveiled his plan to send up to 1 million people to Mars within the next 40 to 100 years.

He elaborated on that plan Sunday, saying an unmanned ship will be sent to Mars with equipment to build a plant to create refueling propellant for return trips to Earth. He says the first manned crew would have the job of constructing the plant.

Musk said last month SpaceX is already working on equipment for the project.