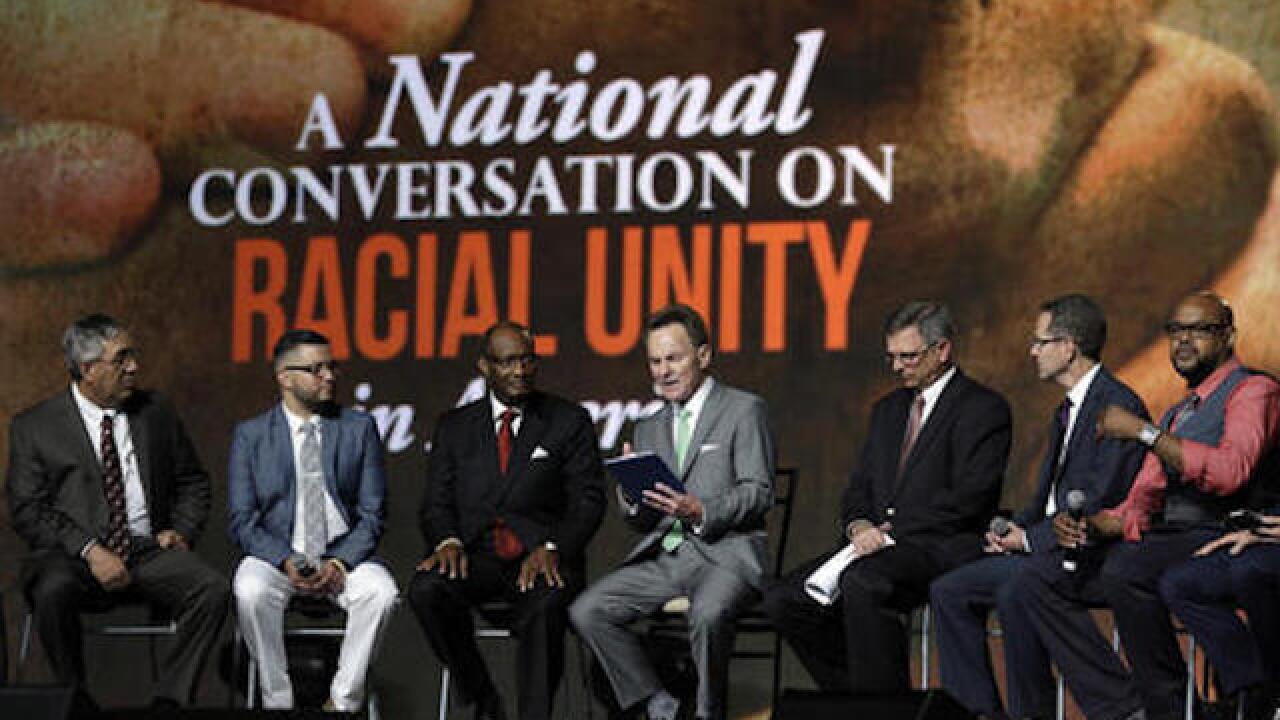 NASHVILLE, Tenn. (AP) — The Southern Baptist Convention on Tuesday urged Christians to stop displaying the Confederate battle flag, recognizing that it is perceived by many as a "symbol of hatred, bigotry and racism" that offends millions of people.

The resolution, originally presented by African-American Pastor Dwight McKissic, had stirred debate and led to at least one call to withdraw it. The version presented to thousands of delegates to the denomination's annual meeting in St. Louis was less strongly worded.

Despite some opposition on Tuesday from delegates who thought even the more conciliatory version was divisive and political, delegates voted by a wide margin to strengthen the language. They removed a sentence saying that the flag serves for some as a memorial to loved ones who died in the Civil War and not as a racist symbol.

They also changed the call for Christians to "consider prayerfully whether to limit, or even more so, discontinue" the flag's display. The final version approved by delegates simply asks Christians to discontinue its use.

The vote followed an earlier address by convention President Ronnie Floyd, a white pastor who has made racial unity a priority of his presidency. He told the audience in St. Louis, "I believe the issue of racism is from Satan and his demonic forces of hell. It is an assault on the Gospel of Jesus Christ."

The nation's largest Protestant denomination was founded in a split with northern Baptists over slavery, has a history of complicity with Jim Crow laws and is still 80-90 percent white. But with 15.3 million members, that translates to at least 1.5 million non-white members in the Nashville-based denomination. And while membership at white churches is decreasing, membership at churches that Southern Baptists identify as predominantly "non-Anglo" is on the rise.

That emergent diversity was on display as Floyd convened a group of pastors who were African-American, Hispanic, Asian, Native American and white to discuss racial unity along with Jerry Young, the president of the largest historically black denomination, the National Baptist Convention U.S.A.

Southern Baptists also passed a resolution condemning the recent shooting in Orlando. Southern Baptists consider same-sex marriage and sexual relations to be sinful, but the resolution says "we regard those affected by this tragedy as fellow image-bearers of God and our neighbors."

At the same time, the thousands of delegates to the meeting also adopted a resolution seeking protection for the religious liberties of those who oppose gay marriage and transgender bathroom access.

"We stand in solidarity with those whose jobs, professions, businesses, ministries, schools, and personal freedoms are threatened because their consciences will not allow them to recognize, promote, or participate in activities associated with unbiblical marriage," the resolution states.

Delegates also approved a resolution of support for Israel that criticized the boycott, divestment and sanctions movement. Resolutions on drafting women into the military and affirming "In God We Trust" as the national motto were postponed until Wednesday.

All Southern Baptist churches are independent and the resolutions are not binding on them, but resolutions are an expression of the opinions and concerns of the delegates who represent those churches.