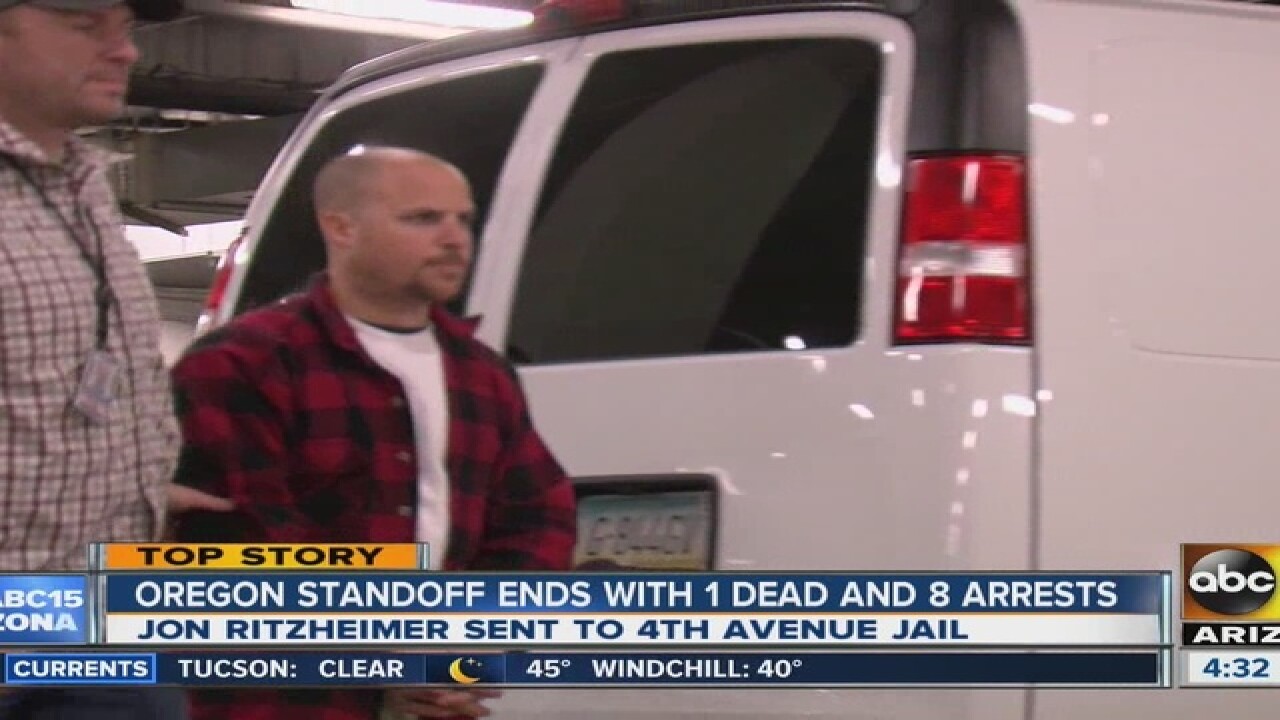 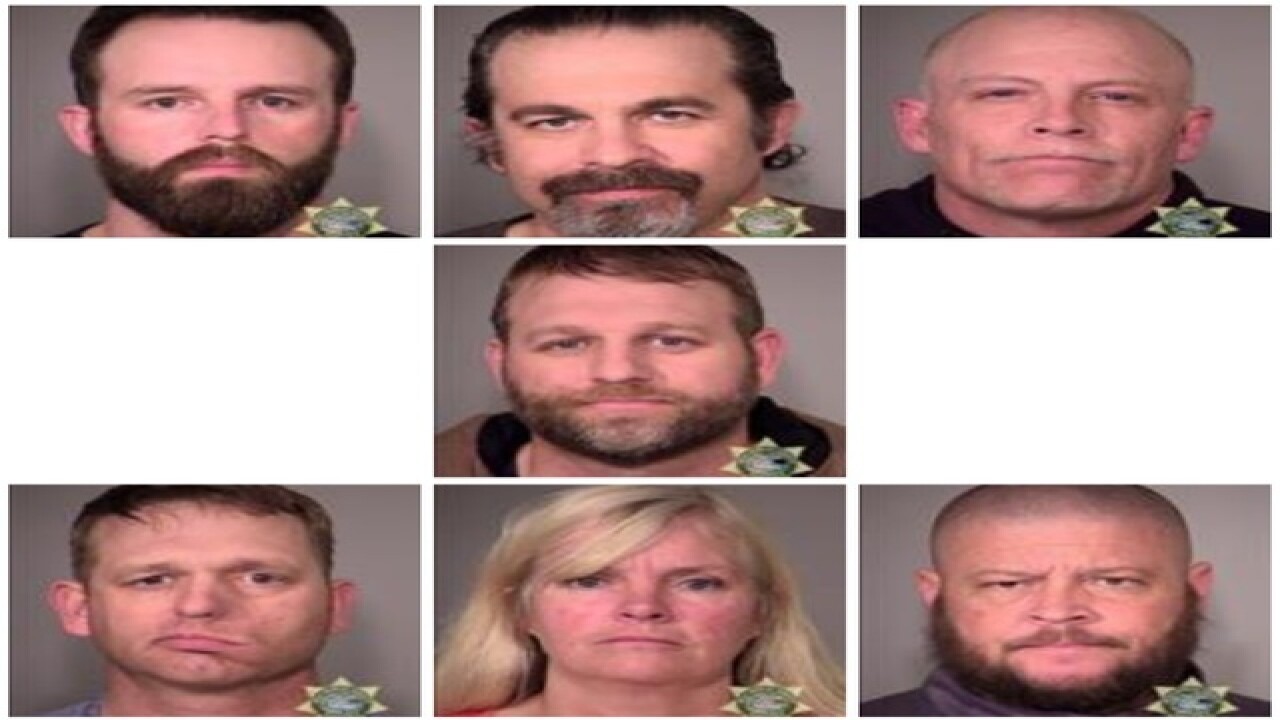 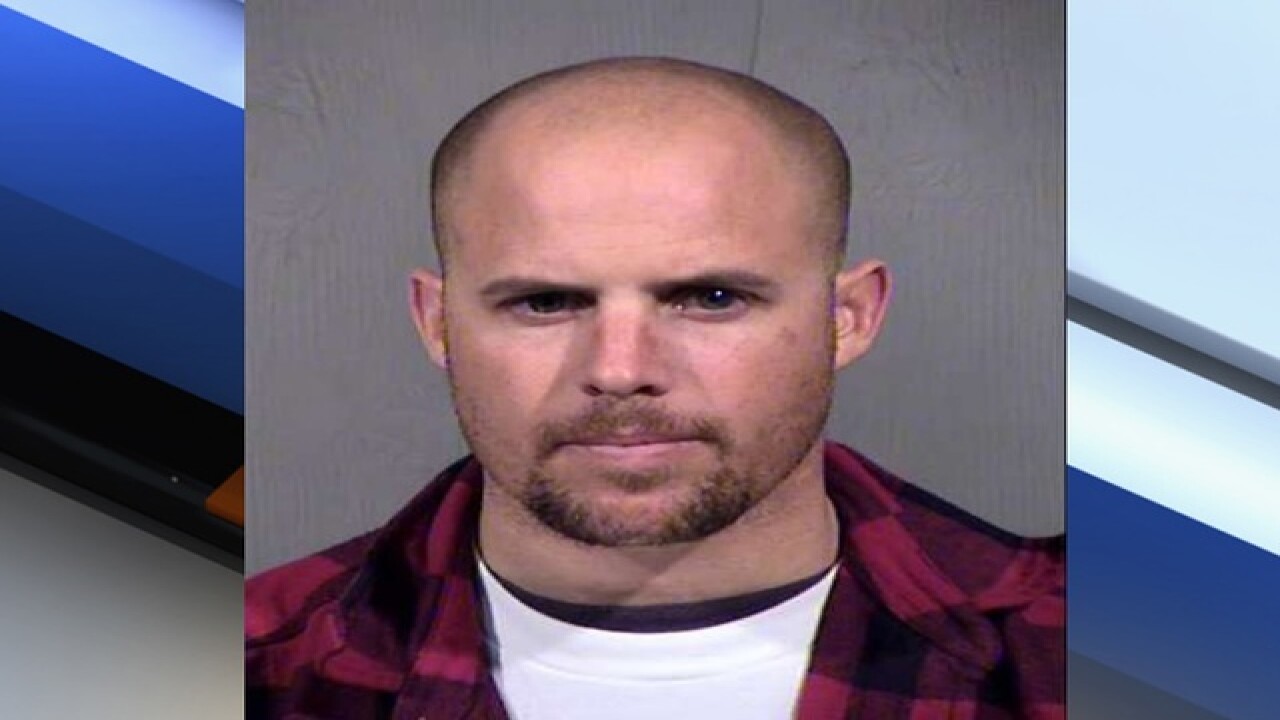 By: abc15.com staff, wire reports
Posted at 10:26 PM, Jan 26, 2016
The FBI and Oregon State Police on Tuesday arrested the leaders of an armed group that has occupied a national wildlife refuge for the past three weeks, conducting a traffic stop that prompted gunfire -- and one death -- along a highway through the frozen high country.
Militant leader Ammon Bundy and his followers were reportedly heading to a community meeting at the senior center in John Day, a Grant  County town about 70 miles north of Burns, to address local residents to discuss their views on federal management of public lands.
The Oregonian newspaper reported several hundred people had gathered at the John Day Senior Center on Tuesday evening and were told the "guest speakers" would not be appearing.
In a statement, the FBI and Oregon State Police said agents had made eight arrests: Bundy, 40; his brother Ryan Bundy, 43; Brian Cavalier, 44; Shawna Cox, 59; and Ryan Payne, 32, during a traffic stop on U.S. Highway 395 Tuesday afternoon. Authorities said two others -- Joseph Donald O'Shaughnessy, 45, and Peter Santilli, 50 -- were arrested separately in Burns, while FBI agents in Arizona arrested another, Jon Eric Ritzheimer, 32.
Ritzheimer, a Valley man who has organized and led various armed rallies against Islam and the Muslim community in the Valley and who was in Oregon supporting the group of protesters, said via Facebook that federal authorities have asked him to turn himself in. FBI confirmed that he did turn himself into the Peoria Police Department without incident.

I came home to visit my family. The Feds know I am here and are asking me to turn myself in. I need an attorney so I can...

Each will face a federal felony charge of conspiracy to impede officers of the United States from discharging their official duties through the use of force, intimidation or threats, authorities said. No indictments or federal charging documents had been made public.
Oregon State Police confirmed that its troopers were involved in the traffic-stop shooting, though neither agency released details about what started it. One of those arrested, described only as a man, suffered non-life-threatening wounds and was treated at a hospital, the agencies said.
Another man "who was a subject of a federal probable cause arrest" was killed, they said. The agencies said they would not release further information about the death pending identification by the medical examiner. Sources have confirmed with ABC15 that Arizona rancher Robert Lavoy Finicum was the individual killed.
Ammon Bundy's group, which has included people from as far away as Arizona and Michigan, seized the headquarters of the Malheur National Wildlife Refuge on Jan. 2 as part of a long-running dispute over public lands in the West.
Law enforcement officers converged on the wildlife refuge after the arrests and were expected to remain at the site throughout the night; it was unclear how many people, if any, remained in the buildings.
The confrontation came amid increasing calls for law enforcement to take action against Bundy for the illegal occupation of the wildlife refuge. They previously had taken a hands-off approach, reflecting lessons learned during bloody standoffs at Waco, Texas, and Ruby Ridge, Idaho, during the 1990s.
Many residents of Harney County, where the refuge is located, have been among those demanding that Bundy leave.  Many sympathize with his criticism of federal land management policies of public lands but opposed the refuge takeover. They feared violence could erupt.
Ammon Bundy recently had begun traveling into Grant County to try to drum up more sympathy for his cause.
"I am pleased that the FBI has listened to the concerns of the local community and responded to the illegal activity occurring in Harney County by outside extremists," Oregon Sen. Jeff Merkley said in a written statement. "The leaders of this group are now in custody and I hope that the remaining individuals occupying the Malheur National Wildlife Refuge will peacefully surrender so this community can begin to heal the deep wounds that this illegal activity has created over the last month."
The Bundys are the sons of Nevada rancher Cliven Bundy, who was involved in a high-profile 2014 standoff with the government over grazing rights.
The state police said it would investigate the officer-involved shooting, with help from the Deschutes County Major Incident Team and the Harney County District Attorney's Office.
The militants, calling themselves Citizens for Constitutional Freedom, came to the frozen high desert of eastern Oregon to decry what it calls onerous federal land restrictions and to object to the prison sentences of two local ranchers convicted of setting fires.
Specifically, the group wanted federal lands turned over to local authorities. The U.S. government controls about half of all land in the West.
AP Modified 2016