NASHVILLE, Tenn. — Twenty-four people are dead following a series of tornadoes across middle Tennessee, according to the state's governor Bill Lee.

Officials also confirmed Tuesday morning that 156 people were transported to the hospital in Davidson County and 50 buildings across the state were destroyed by the storm.

According to Tennessee Lee, the fatalities were spread across four counties in Middle Tennessee.

Nashville Mayor John Cooper called the storms a "massive act of nature," and added that the tornadoes "devastated our community."

One of the tornadoes touched down just north of downtown Nashville around 1 a.m. local time, causing severe damage to several areas of town. Two people were killed in the Nashville area, and 20 have been injured.

According to initial estimates from the National Weather Service, winds of EF-3 level (155-160 mph) were recorded in Davidson County and Wilson County.

Officials with the Nashville Fire Department say they're responding to about 40 structure collapses throughout the city. The Germantown neighborhood of the city was among the hardest hit by the tornado.

Hundreds of people will likely be displaced due to the damage.

As of 5:15 a.m. local time, 47,800 customers are without power in Nashville. Police said half of those customers are in the Hermitage area of the city. 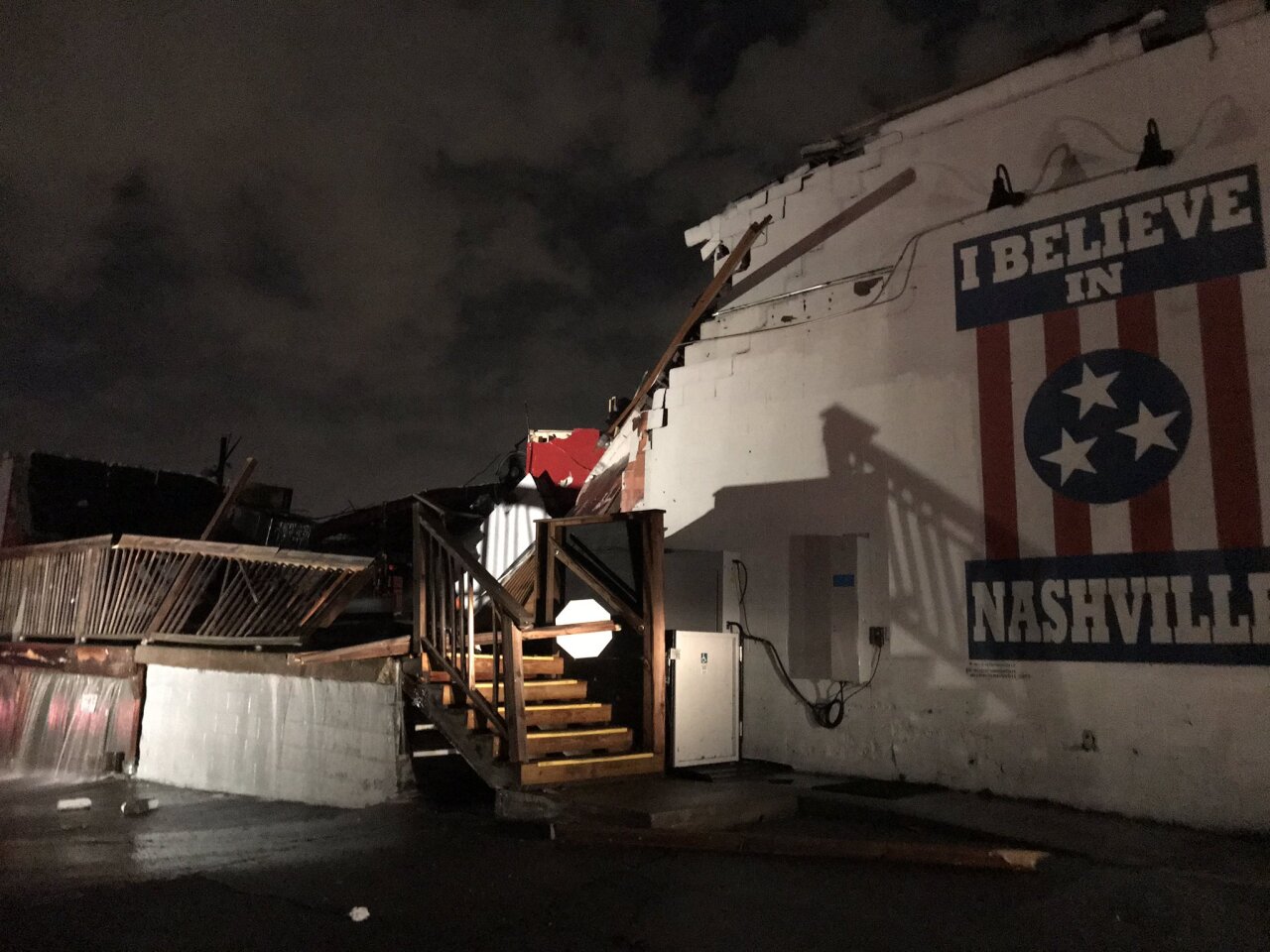 Nashville Mayor John Cooper spoke from the city's Farmers' Market, where a shelter has been set up for displaced residents. He said officials wouldn't be able to fully assess the damage until daylight. He urged residents to be cautious, emphasizing that there are numerous power lines down, in addition to gas and ammonia leaks around the city.

I am currently working with those at the Emergency Operations Center and receiving regular updates and damage assessment reports. I am also working closely with federal contacts on all recovery assistance options. A more comprehensive media update is coming up this morning.

The Metro Nashville School district said schools would be closed on Tuesday.

East of Nashville in Putnam County, Tennessee, 18 deaths have been confirmed. Another 65 people were hospitalized with injuries related to the storm.

The Putnam County Sheriff said the tornado touched down around 2 a.m. local time between the city limits of Cookeville and Baxter.

Putnam County Sheriff Eddie Farris also confirmed that there might be more fatalities. First responders are currently going door-to-door to check on residents. 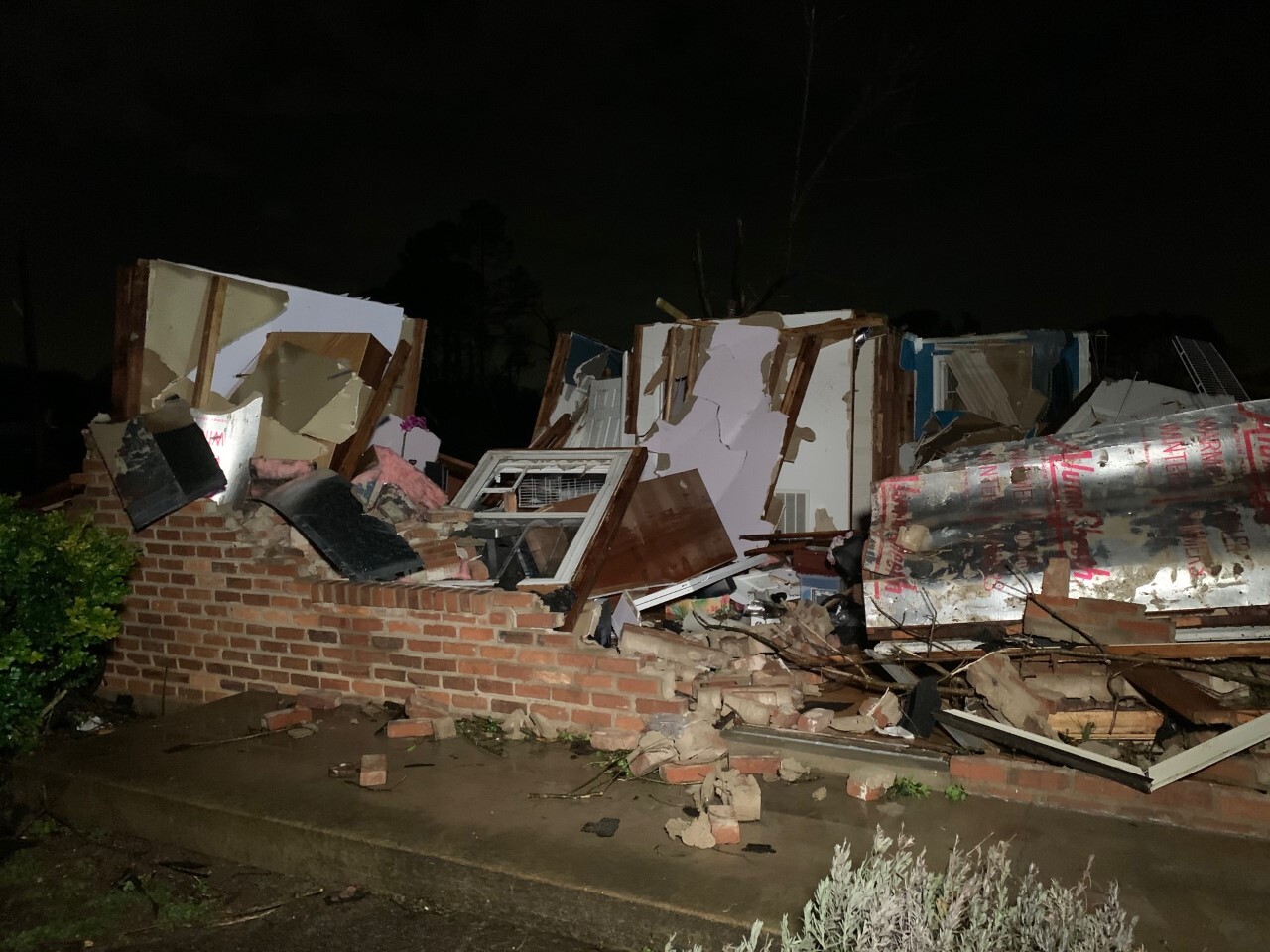 There are also extensive power outages in the Putnam County area.

One person was killed in Benton County, located west of Nashville.

Benton County Sheriff Kenny Christopher confirmed a 67-year-old man was killed. Two other injuries were reported. About 25 homes were damaged in the area. 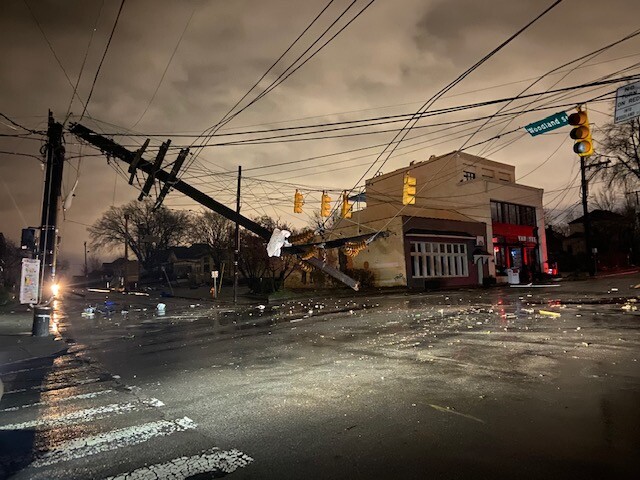 Another three victims were killed in Wilson County, located directly east of Nashville. The local sheriff's office said damage is too extensive to list specific roads and businesses that have been affected.

WIlson County Schools will be closed for the remainder of the week.

Lee said he's been in contact with the White House and is in the process of securing federal aid. President Donald Trump tweeted Tuesday morning that he was sending prayers to all those affected by the storms.

Prayers for all of those affected by the devastating tornadoes in Tennessee. We will continue to monitor the developments. The Federal Government is with you all of the way during this difficult time. https://t.co/eZlA7Ahruj

This story is breaking and will be updated.

This story was originally published by Rebekah Pewitt and Laken Bowles on WTVF in Nashville.