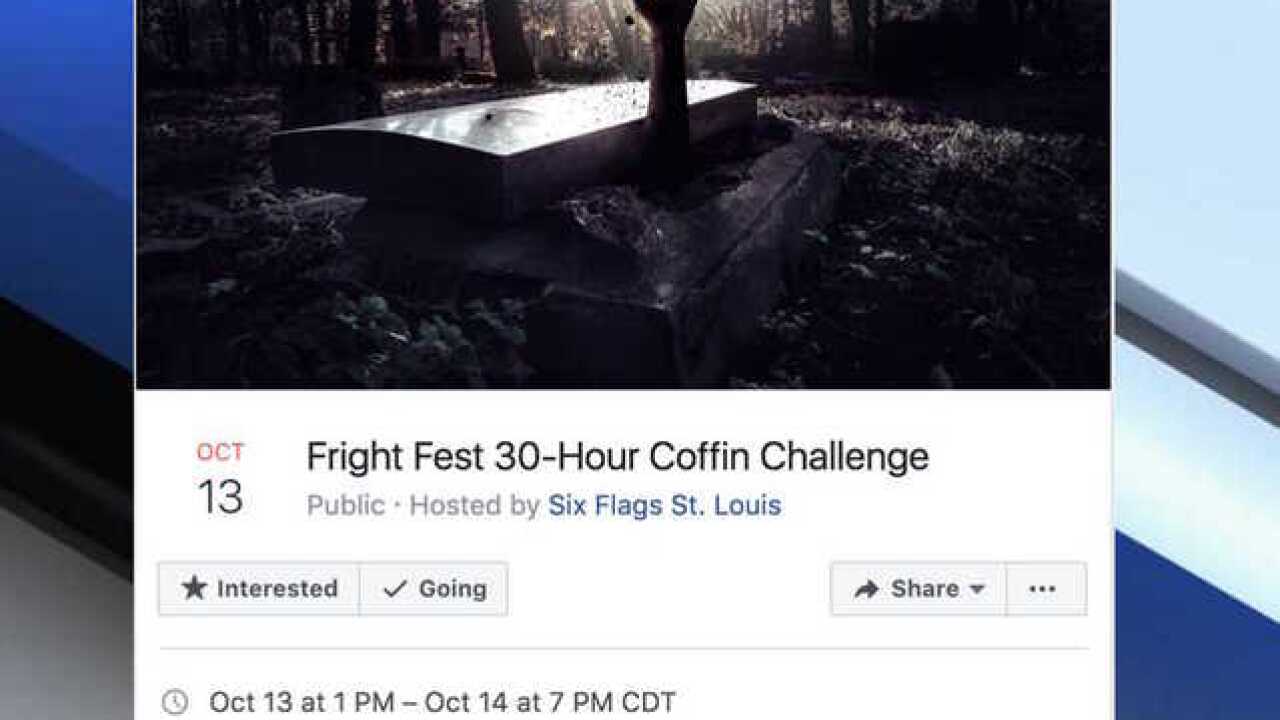 An amusement park in Missouri is celebrating 30 years of its annual Halloween festival with a challenge involving a coffin.

Six Flags St. Louis is looking for people to apply for its contest where people have to spend 30 hours in a coffin.

The park will select six people to participate, with a reward of $300, two season passes for 2019 and tickets.

The winner will also get to keep their coffin.

In the event multiple people survive the 30-hour ordeal--which does allow for designated bathroom breaks--a random drawing will be held to see who gets the $300. All those who make it to the end will receive the passes and tickets.

Applications are due by October 3. The contest will start at 1 p.m. on Saturday, October 13 and ends Sunday, October 14 at 7 p.m.