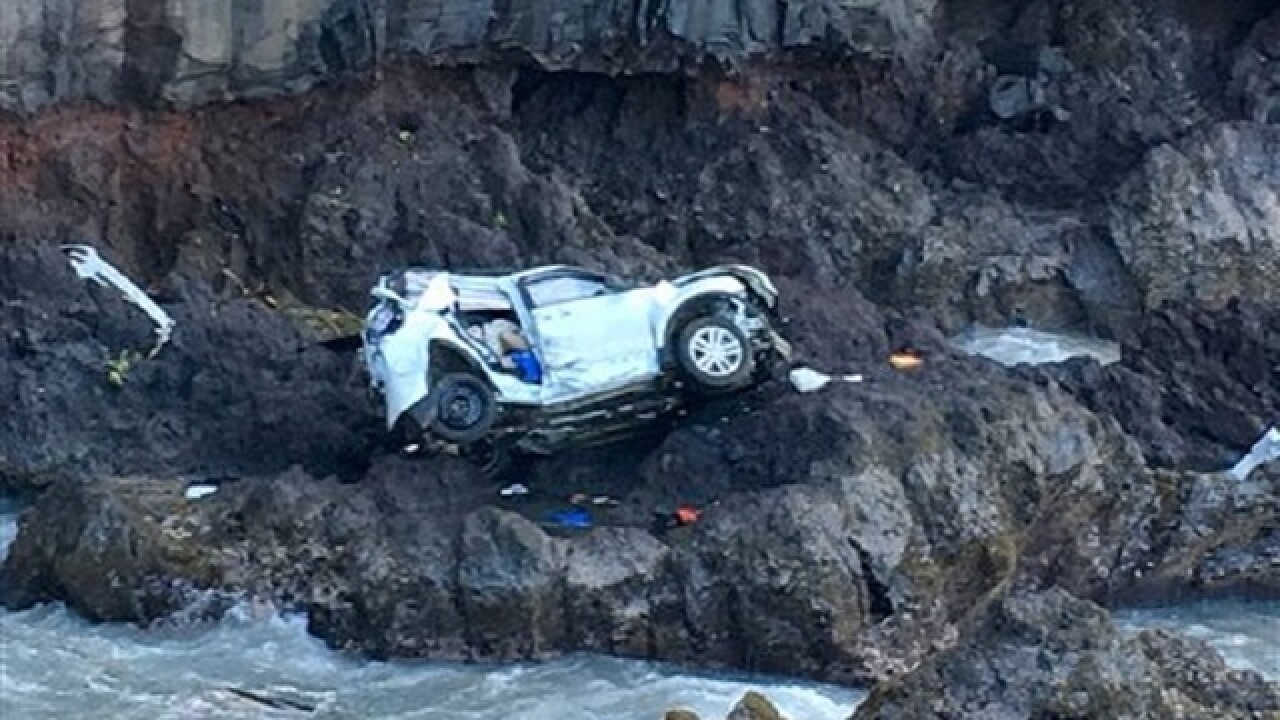 By: Associated Press
Posted at 8:09 PM, Jun 06, 2016
HONOLULU (AP) — A woman who was driving a vehicle when it plunged off a Maui cliff has been charged with murder in the death of her twin, who was in the passenger's seat.
Prosecutors say Alexandria Duval, who is also known as Alison Dadow, intentionally caused the death of her sister, Anastasia Duval, also known as Ann Dadow.
The 37-year-old sisters were traveling south on Hana Highway when their Ford Explorer crashed into a rock wall last week, plunging about 200 feet onto a rocky shoreline, police said.
Anastasia Duval was pronounced dead at the scene. Her sister was taken to a hospital in critical condition.
Witnesses saw the two women arguing while the vehicle was stopped and said the passenger was pulling the driver's hair, Maui Deputy Prosecuting Attorney Emlyn Higa said. Then they saw the vehicle "accelerate forward and then take a sharp left over the cliff," he said.
Hana resident Margie Aumaier said she was surprised anyone survived the crash after seeing that the vehicle landed on its side. Emergency workers used her yard as a helicopter landing zone for the complicated rescue, she said.
Alexandria Duval was arrested Friday.
"We had information after she was discharged from the hospital she attempted to fly out of the jurisdiction Wednesday night," Higa said, adding that she tried again Friday, prompting police to arrest her. "All we know is she was trying to leave the state. We were afraid she would try to leave the country as well."
She appeared in court Monday with her arm in a sling, said her defense attorney, Todd Eddins. A judge ordered that she continue to be held without bail. A preliminary hearing is scheduled for Wednesday.
"Alison did not try to harm herself or the person she most loved and was closest to in the world," Eddins said after the hearing, calling the situation a "heart-shattering" tragedy for the sisters' family.
Eddins said the family still refers to the sisters by their given names.
The identical twins changed their names after moving to Hawaii, Higa said. Their Hawaii driver's licenses are in their new names, bearing the same Haiku address, he said.
They're originally from Florida, where they ran a successful yoga business, and moved to Hawaii in December from Utah, Eddins said.
"They were in the process of building a business plan and were aspiring to open up studios here," he said. "They had an extremely close bond."
Copyright 2016 The Associated Press. All rights reserved. This material may not be published, broadcast, rewritten or redistributed.