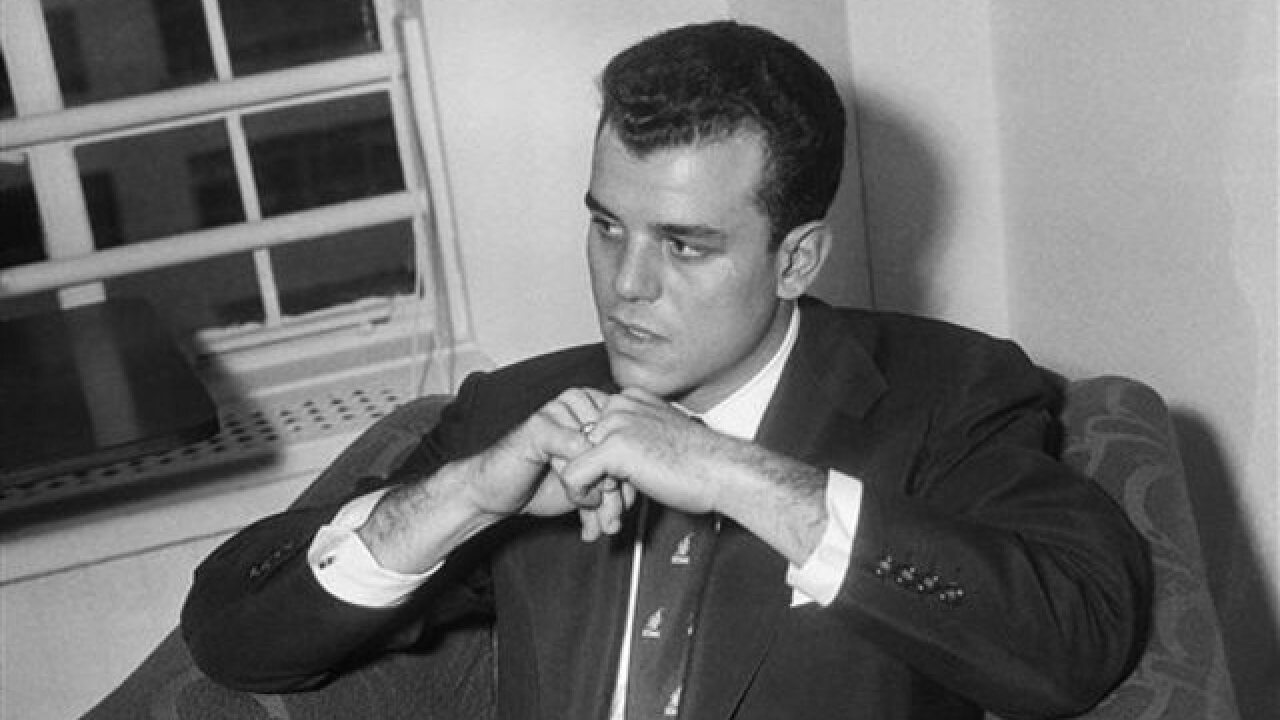 John Lindsay
<p>FILE - In this Oct. 26, 1953, file photo, Julius La Rosa, who was fired from the Arthur Godfrey shows, listens to a question during a news conference in Ed Sullivan's apartment in New York. La Rosa, a pop singer known for hits including "Eh, Cumpari," has died at age 86. (AP Photo/John Lindsay, File)</p>

Julius La Rosa, a pop singer known for hits including "Eh, Cumpari," whose firing live on the air by Arthur Godfrey in 1953 overshadowed his successes that followed, has died at age 86.
His death was confirmed Saturday by his daughter, Maria La Rosa Smith, of Ridgefield, Connecticut, and Joe Charapata of the Rhodes-Charapata Funeral Home in Crivitz, Wisconsin. Smith said her father died in his sleep of natural causes Thursday at his home in Crivitz. Services will be private, she said.
La Rosa, a native of Brooklyn, New York, was in the Navy when Godfrey heard him sing and invited him to appear on his CBS TV show. Godfrey also urged him to come back after his discharge. La Rosa became a star of Godfrey's show from 1951 to 1953, recording several hits including "Eh, Cumpari."
But his growing popularity annoyed Godfrey. On Oct. 19, 1953, La Rosa was due to begin the TV portion of Godfrey's show but was kept waiting backstage until the final minutes of the radio-only part of the program. As he finished singing "Manhattan," La Rosa and the audience heard Godfrey precede his sign-off by saying, "That was Julie's swan song with us."
Godfrey said he fired him because he lacked "humility" and because he had hired an agent
"I was 23 years old then and filled with myself," La Rosa said in a 1991 interview with The New York Times. "Who isn't at 23, especially if you're a celebrity?"
The public firing actually boosted La Rosa's career for a while. He served as the summer replacement on Perry Como's TV show in 1955. That's when he met Como's secretary, Rosemary Meyer, and married her. He went on to get his own TV show in 1955. He also appeared on numerous other variety shows in the 1950s and '60s, including Ed Sullivan's. He was also nominated for a Daytime Emmy in 1980 for best supporting actor for his role on "Another World."
La Rosa lived for 42 years in Irvington, in New York's Westchester County, his daughter said, and continued to tour, perform and act for decades. He was also a longtime disc jockey on WNEW-AM in New York.
He and his wife moved to Crivitz, a small town in northeastern Wisconsin, only last November, said Smith, who added that her mother was originally from Wisconsin. She said the La Rosa family vacationed in Wisconsin every summer and spent every other Christmas with her mother's family. Smith also said her brother, Christopher, lives in Crivitz.
"It's a different way of life but he was ready for that," she said. "He didn't need the hustle and the bustle at 86 years old. He loved Wisconsin."
Associated Press 2016