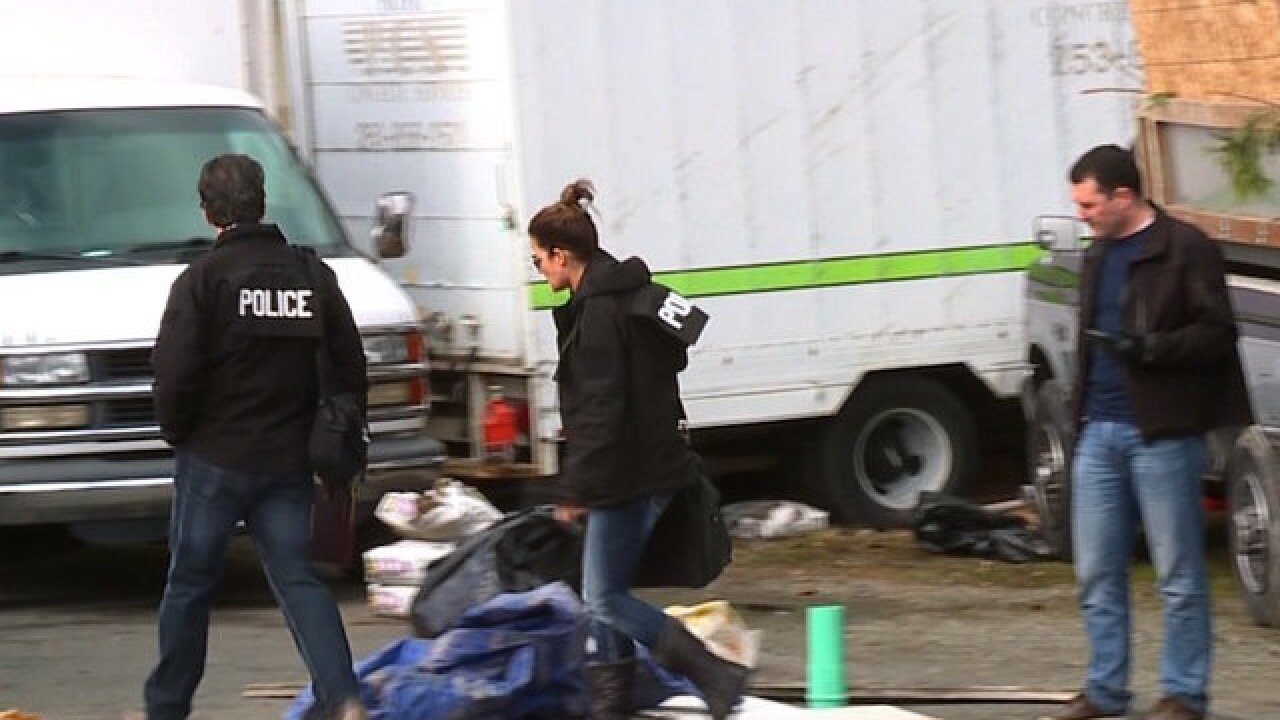 Police are searching for a gunman who allegedly walked onto a residential driveway in Washington state and shot a Sikh man in the arm, authorities said.

The gunman allegedly told the man "Go back to your country." Police are investigating the shooting in Kent as a possible hate crime, according to CNN affiliate KIRO.

Singh said the man's family told him that he had been in his driveway Friday when a 6-foot man approached, asking something along the lines of "why are you cleaning your car?"

The conversation became heated and the man threatened the victim, calling him names and yelling "go home to your country," before he pushed him to the ground and pulled out a gun.

"We're early on in our investigation and the shot resulted in non life-threatening injuries, however we are treating this as a very serious incident," Kent police chief Ken Thomas said in a news conference broadcast by KIRO.

Thomas said police were investigating the shooting as a hate crime, KIRO reported.

"To think that this could happen in our community was very surprising and extremely disappointing," Thomas said. "This is the first incident of this magnitude that I'm aware of in the city of Kent.

The FBI's Seattle office said it was investigating alongside Kent police.

"The FBI remains committed to investigating c rimes that are potentially hate-motivated and we continue to work with all our community partners in the Seattle area," a spokesperson said in a statement.

India's Minister of External Affairs Sushma Swaraj tweeted that she was sorry to hear of the attack.

Swaraj said she had spoken to the victim's father, who told her his son had suffered a bullet injury to the arm and was "out of danger" and recovering in a private hospital.

India's Foreign Ministry said it was in touch with local authorities and had offered assistance.

"What we heard from the victim himself is that the shooter asked him when are you going back to your own country?" spokesman Gopal Baglay said.

MaryKay Loss Carlson, the top diplomat at the US Embassy in New Delhi, tweeted her thoughts as well.

"Saddened by shooting in WA. Wishes for a quick and full recovery. As @POTUS said we condemn "hate and evil in all its forms," she said.

A tenant at the property where the shooting took place told KIRO she witnessed her landlord being shot before the gunman ran away.

"The guy told him to go back home," Susan Livie told the station.

The Sikh Coalition said members of its community were at heightened risk of hate crime attacks -- partially because their faith required the wearing of turbans and beards.

In a statement, spokesman Rajdeep Singh said it's important the Kent shooting be investigated as a hate crime.

"While we appreciate the efforts of state and local officials to respond to attacks like this, we need our national leaders to make hate crime prevention a top priority," he said. "Tone matters in our political discourse, because this a matter of life or death for millions of Americans who are worried about losing loved ones to hate."

The coalition said the Kent attack had similarities with the shooting of two Indian immigrants in Kansas in February.

The coalition said violence against minorities had increased since the presidential election and hate crimes needed to be identified as such.

"Investigating this as an anti-Sikh hate crime is critical, because without our government agencies recognizing hatred for what it is, we can't combat the problem," Jasmit Singh said.

"The Sikh community is shaken and very frustrated at the hate and rhetoric that is being spread today about anyone that looks different, who looks like an immigrant."

"Based on anecdotal evidence, more and more people are saying inappropriate things to Sikh men, the stigma attached to being a racist has been erased from the community," he said.

Jasmit Singh said the White House needs to speak out against racism and bigotry.

"In the past -- in Bush, Obama time -- there was swift action and communication saying that this is unacceptable," he said. "We aren't seeing any response from this administration."

But Kent Police Department and City Council have provided a lot of feedback and met with the community, he said.