Should names of Ebola patients be released? 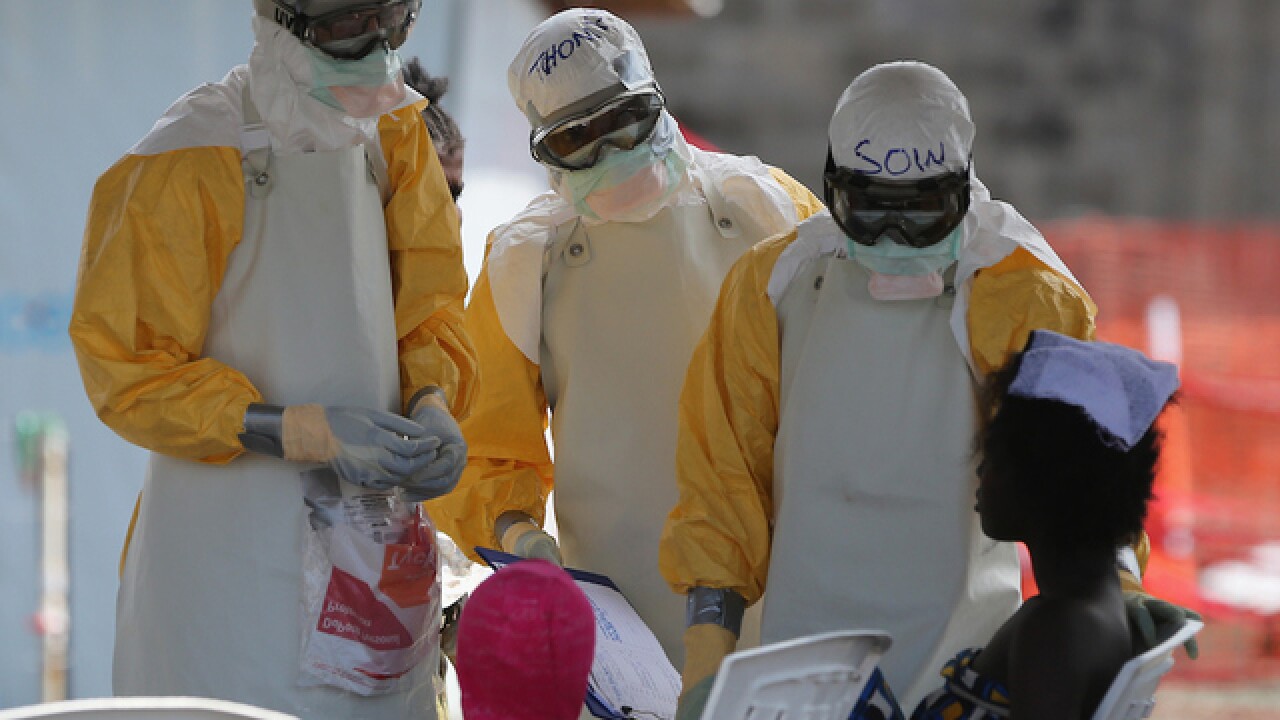 Copyright Getty Images
&lt;p&gt;&lt;span style="color: rgb(102, 102, 102); font-family: 'Helvetica Neue', Arial, sans-serif; font-size: 11px; line-height: 16px;"&gt;Health workers at Doctors Without Borders (MSF), work in the high-risk area of the ELWA 3 Ebola treatment center on October 16, 2014 in Paynesville, Liberia. The World Health Organization says that more than 4,500 people have died due to the Ebola epidemic in West Africa with a mortality rate for the disease at about 70 percent.&lt;/span&gt;&lt;/p&gt;

Within a day of Amber Vinson’s diagnosis of Ebola, the Dallas nurse’s identity became known throughout the world.

The names of other patients infected with Ebola also have emerged as officials try to quell panic about a disease the World Health Organization reported has killed 70 percent of those infected.

Dr. Jeffrey Kahn is the Levi Professor of Bioethics and Public Policy at the Johns Hopkins Berman Institute of Bioethics. He said he does not believe the public benefits from knowing the names of Ebola patients.

Ebola is not an airborne illness, medical professionals say, and cannot be contracted if the person is not showing symptoms. People usually cannot catch Ebola through coughing or sneezing, and people are most susceptible from the disease when people are at their worst.

Kahn said part of the reason for the high fatality rates is the low quality of health care in the West African nations where more than 8,900 people are believed to have been infected by the disease, according to the WHO.

As of Thursday morning, two people are known to have become infected with Ebola while on U.S. soil, while a handful of others infected have come to the United States from other countries. The disease also spreads slowly compared to other infectious diseases.

“We don’t really have a history of disclosing the identity of patients carrying infectious disease,” Kahn said. “We trace their contacts. We ask them who they’ve been in contact with and then they’re literally traced and people knock on their doors and ask them about their symptoms and give them referrals to medical facilities and things like that.”

Kahn said there are protocols for other infectious diseases that call for reporting between agencies. The Health Insurance Portability and Accountability Act of 1996, commonly known as HIPAA, is a federal law that protects personal health information for individuals.

But do certain diseases such as Ebola override the need for privacy? Kahn said he does not believe Ebola reaches that threshold.

“It’s not part of the HIPAA regulations to think about when that balance would tip because there are very few examples of the public right to know the identity of an individual or their need to know their potential infectivity,” he said.

Kahn said the situation reminds him of the emergence of HIV when the masses did not understand how the disease could be transmitted.

“I thought we had learned from that experience that there was kind of an overreaction and a sense of over worry over how you might become infected,” he said. “I think there are some parallels to that.”

Releasing the names increases the chances for people to become stigmatized for having the disease. The disease, however, is not permanently contagious for those who recover, Kahn said.

“There’s no reason they should be stigmatized,” he said.