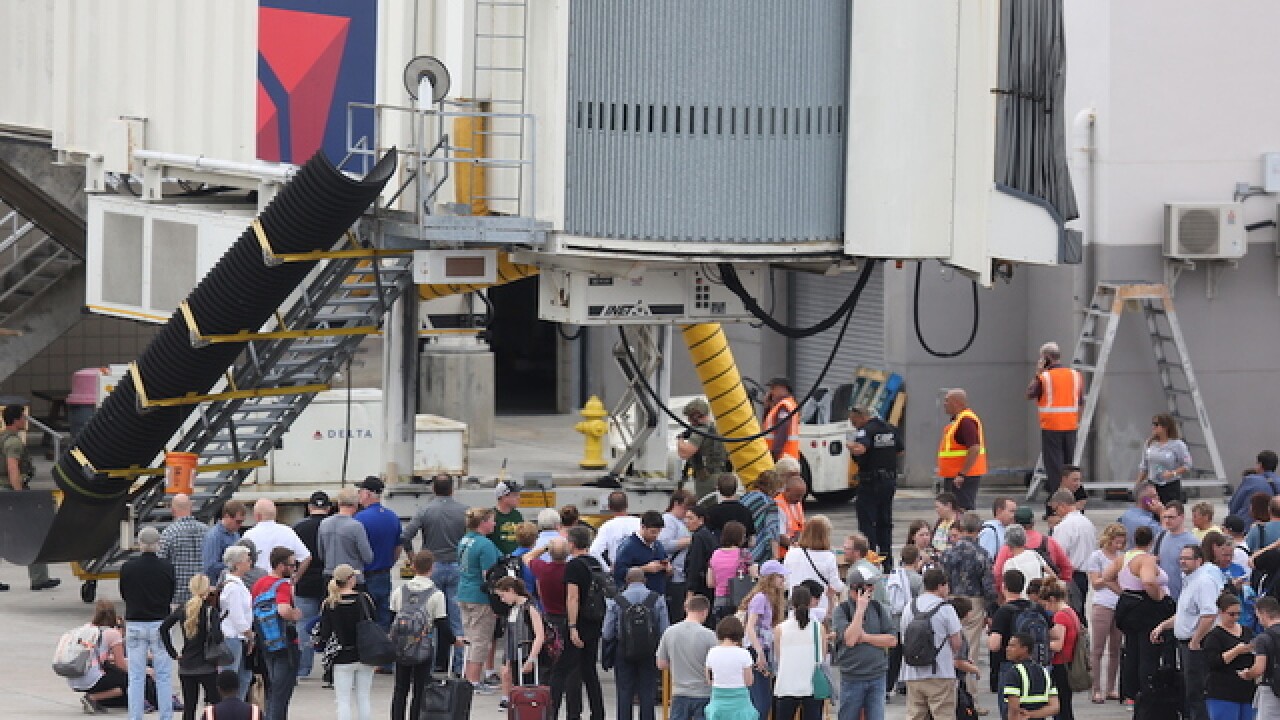 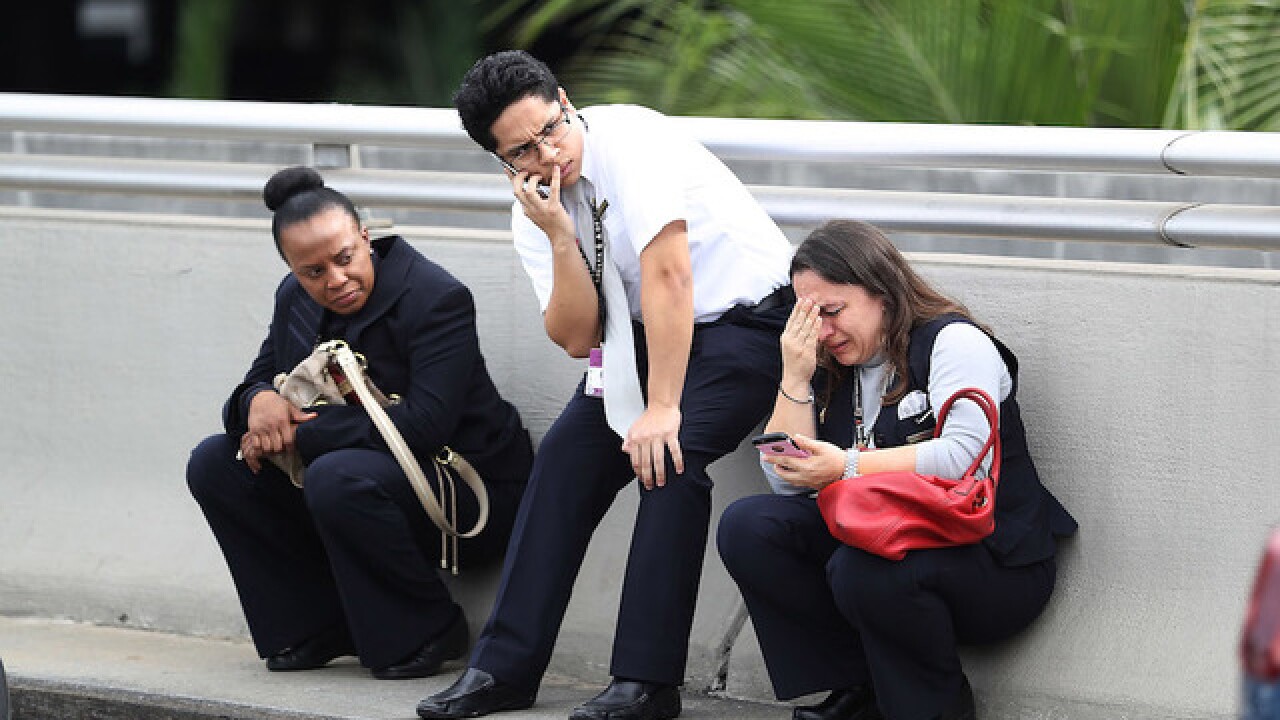 Five people were shot dead and eight wounded in a baggage claim area at Fort Lauderdale's airport, and law enforcement sources tell CNN the suspect, identified as Esteban Santiago, had brought the firearm in his checked luggage.

Authorities said it was too early to understand why the suspect, who was taken into custody without incident, opened fire at the Florida airport.

Santiago, who lived in Alaska, is being interviewed by local and federal authorities. They have been looking into reports that the suspect got into an altercation on board his flight to Florida, law enforcement officials said, but so far there is no corroborating evidence.

Here's the latest on what we know:

• One of Santiago's military awards was a combat action badge.

• The suspect showed up several months ago at the FBI office in Anchorage, law enforcement officials told CNN. He was interviewed and said he was hearing voices in his head, including some telling him to join ISIS. He was taken to a hospital for a mental health evaluation, the officials said. He voluntarily checked himself in, the officials explained.

• A senior federal law enforcement official told CNN the visit came in November and Santiago reported his mind was being controlled by a US intelligence agency. Santiago said he didn't want to harm anyone but was erratic and made disjointed statements. The FBI interviewed family members and checked with other agencies and in databases before closing its investigation.

Some friends of Santiago accompanied him to the FBI office, law enforcement sources said.

• Santiago worked for a security company in Anchorage, a law enforcement source said. CNN called the company and the owner said he was working with law enforcement.

• Law enforcement sources told CNN that the suspect had declared the firearm. When he arrived at Fort Lauderdale, the suspect retrieved a bag at baggage claim, took out the gun and started firing, the sources said. One source said he went to the bathroom to get the gun out of his luggage and emerged firing.

• Santiago flew from Anchorage to Minneapolis and then to Fort Lauderdale-Hollywood International Airport on Delta, a law enforcement and aviation security source told CNN.

• Israel said the gunman likely acted alone. The sheriff said it was too early to say whether terrorism was the motive.

• Some passengers were stuck on arriving planes for more than six hours before they were allowed off Friday night.

• Gov. Rick Scott told reporters: "The citizens of Florida will not tolerate senseless acts of evil. Whoever is responsible will held accountable to the fullest extent of the law." The governor said that now was time to mourn the dead and pray for hospitalized victims, not talk about gun laws.

• Gene Messina told CNN he'd arrived at the airport as people were being evacuated from the terminal. "I got off the plane and I saw people running and screaming," he said. "At first I was in shock but when I saw TSA agents running, I booked."

• The incident occurred in the baggage claim area of Terminal 2, officials said. There are four terminals at the airport, which ranks 21st in the US in terms of total passengers.

• Parts of the airport were evacuated. Aerial footage from CNN affiliates showed large groups of people standing outside on the tarmac.

• More than an hour after the shooting, tensions were still running high, a witness told CNN. "Everyone sprinted outside again. We are back out on the tarmac," Judah Fernandez said, adding that it was unclear why people had rushed outside.

• Most flights scheduled to land at the airport were diverted, the FAA said. The airport had not resumed operations by 7 p.m ET. Passengers were being allowed to leave in the evening, but no one was allowed inside the terminals.

• In November 2016, nearly 2.5 million travelers passed through Fort Lauderdale's airport, according to a government report on the facility.

• The airport serves about 30 airlines. Many passengers use it because of its convenience to nearby cruise ship terminals.