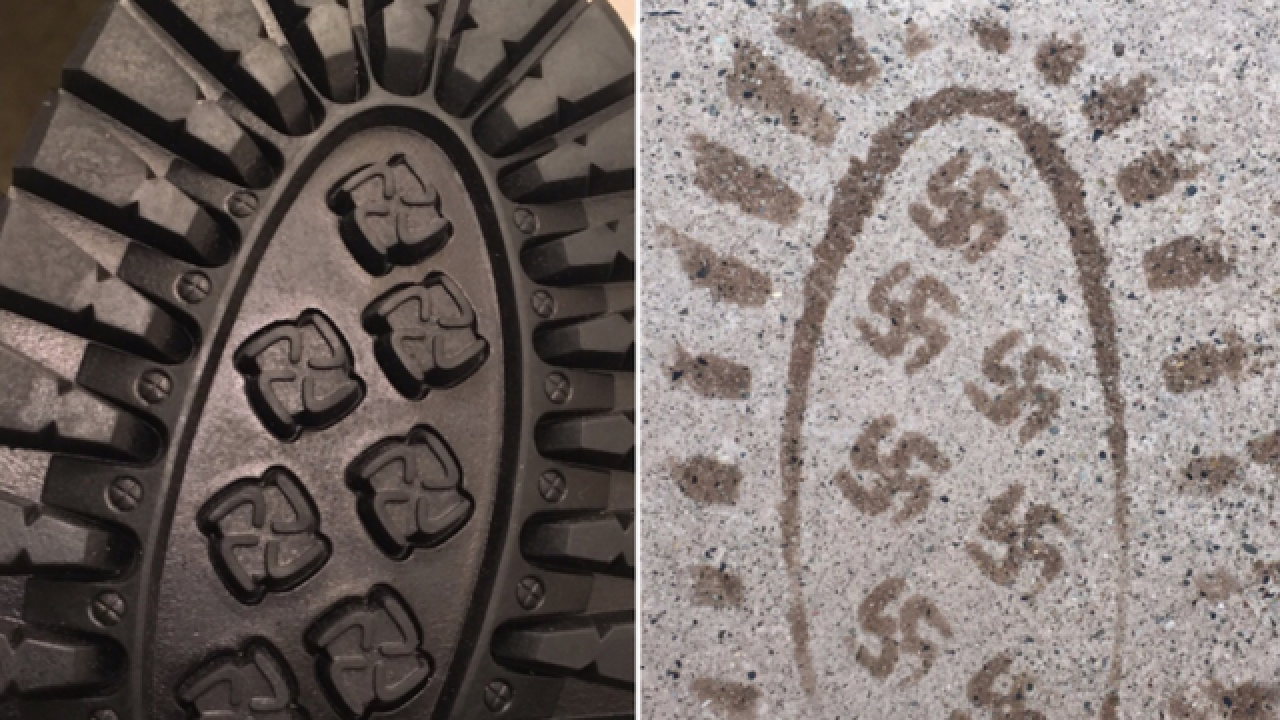 A shoe company is recalling pairs of boots after users reported the boots left behind swastika imprints.

Conal International Trading, Inc., the parent company of Conal Footwear, stopped selling the boots and issued a recall after one wearer’s post went viral on Reddit.

“We would like to issue our sincerest apologies to our customers and to anyone who was offended by the Swastika imprint that the boots left behind. The design was not intentional and was a mistake made by our manufacturers in China. There was never any intention to include any offensive designs on the products we import. We will be investigating the issue,” the company’s statement read.

The boots covered by the recall were described on Amazon as "Military Combat Desert Ankle Boots."

Reddit users first discovered the offensive footprints on Monday. The photo of the boots has now been viewed more than 3 million times.

There was an angle I didn't get to see when ordering my new work boots...

According to Vocativ, white supremacist websites encouraged its readers to purchase the shoes.

"Conal International Trading, Inc. does not promote hate or discrimination of any kind. Again, we deeply regret that this item caused offense and apologize for the mistake," Conal's statement read.