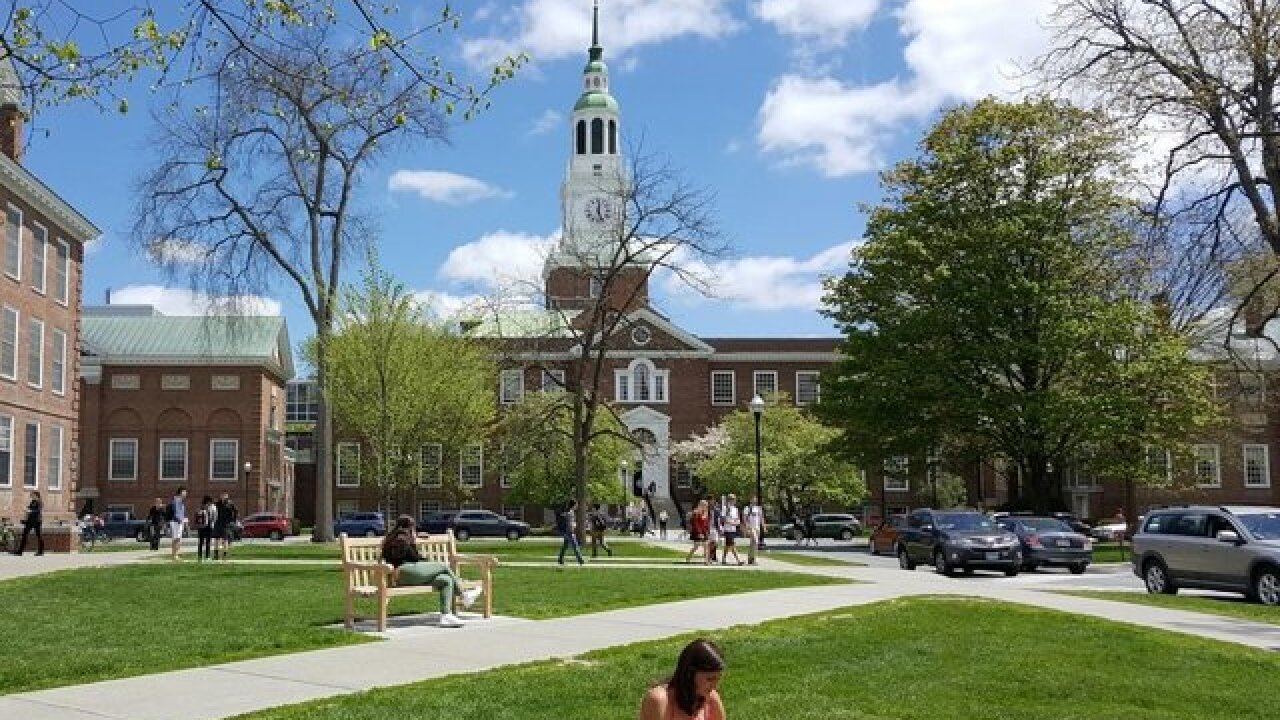 Dartmouth College has been sued for allegedly allowing three psychology professors to sexually harass and abuse scores of female graduate students for years, including two who said they were raped.

The federal lawsuit against Dartmouth's trustees was filed in New Hampshire on Thursday.

Seven women accuse William Kelley, Paul Whalen and Todd Heatherton of sexual misconduct. Kelley and Whalen also are accused of sexual assault and punishing students who rebuffed their advances. The men haven't been charged with any crime.

Dartmouth denies allegations that it ignored complaints about the professors. Following its investigation, Heatherton retired this summer; Whalen and Kelley resigned soon thereafter.

Whalen and Kelley couldn't be reached for comment. Heatherton apologized for acting inappropriately at conferences but said he never socialized or had sexual relations with students.