Senator John McCain comments on integrity of the US election system 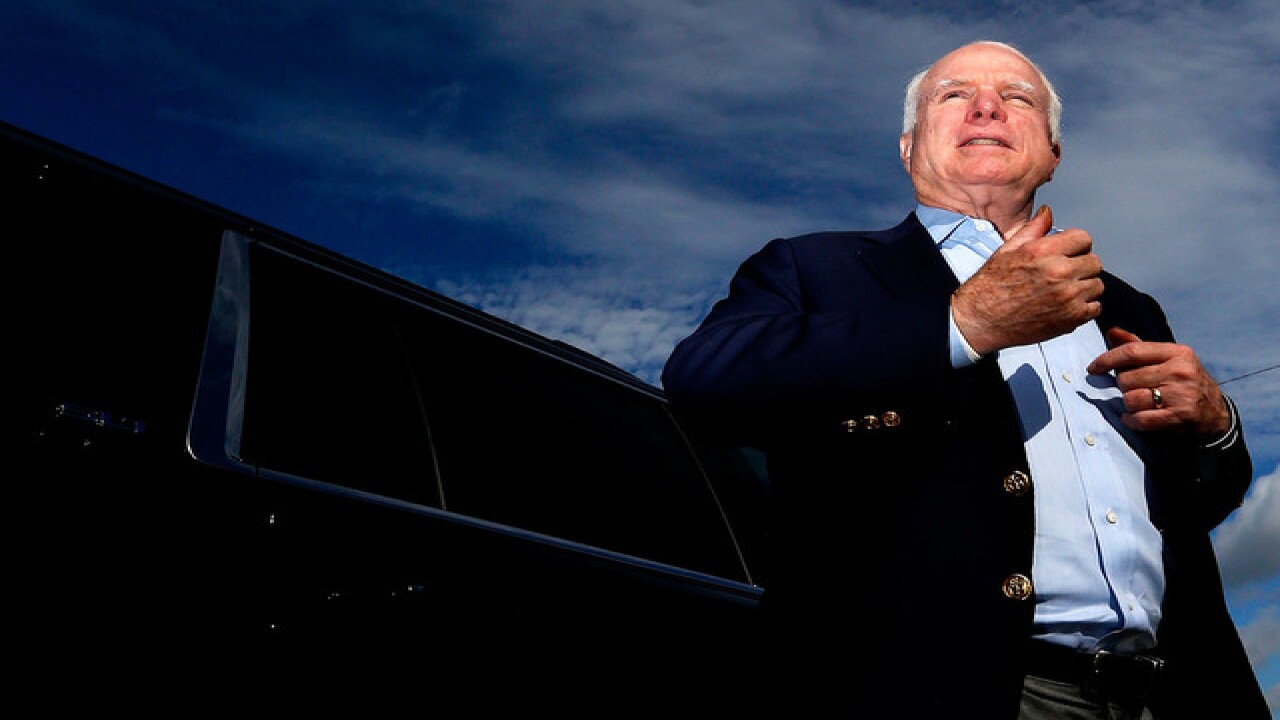 Senator John McCain released a statement Thursday in response to Donald Trump’s claims that the 2016 election may be rigged.

“All Arizonans and all Americans should be confident in the integrity of our elections,” McCain said in a statement. “Free and fair elections and the peaceful transfer of power are the pride of our country, and the envy of much of the world because they are the means to protecting our most cherished values, the right to liberty and equal justice.”

In Wednesday night’s debate, Trump was asked on several occasions whether or not he would accept the election results if Hillary Clinton were to win but failed to give a clear answer.

McCain said accepting the results is part of the respect that must be shown to the American people, regardless of the outcome.

"I didn't like the outcome of the 2008 election. But I had a duty to concede, and I did so without reluctance,” McCain said. “A concession isn't just an exercise in graciousness. It is an act of respect for the will of the American people, a respect that is every American leader's first responsibility.”

At a rally in Delaware, Ohio Thursday, Trump continued to avoid confirming whether or not he would accept the results.

“I will totally accept the results of this great and historic presidential election, if I win,” Trump said.

McCain said Thursday that no matter who wins the election, it’s the American way to accept the results graciously.

"I don't know who's going to win the presidential election. I do know that in every previous election, the loser congratulates the winner and calls them, 'my president.' That's not just the Republican way or the Democratic way. It's the American way.”