Senator Jeff Flake: 'I will vote to confirm Judge Kavanaugh' 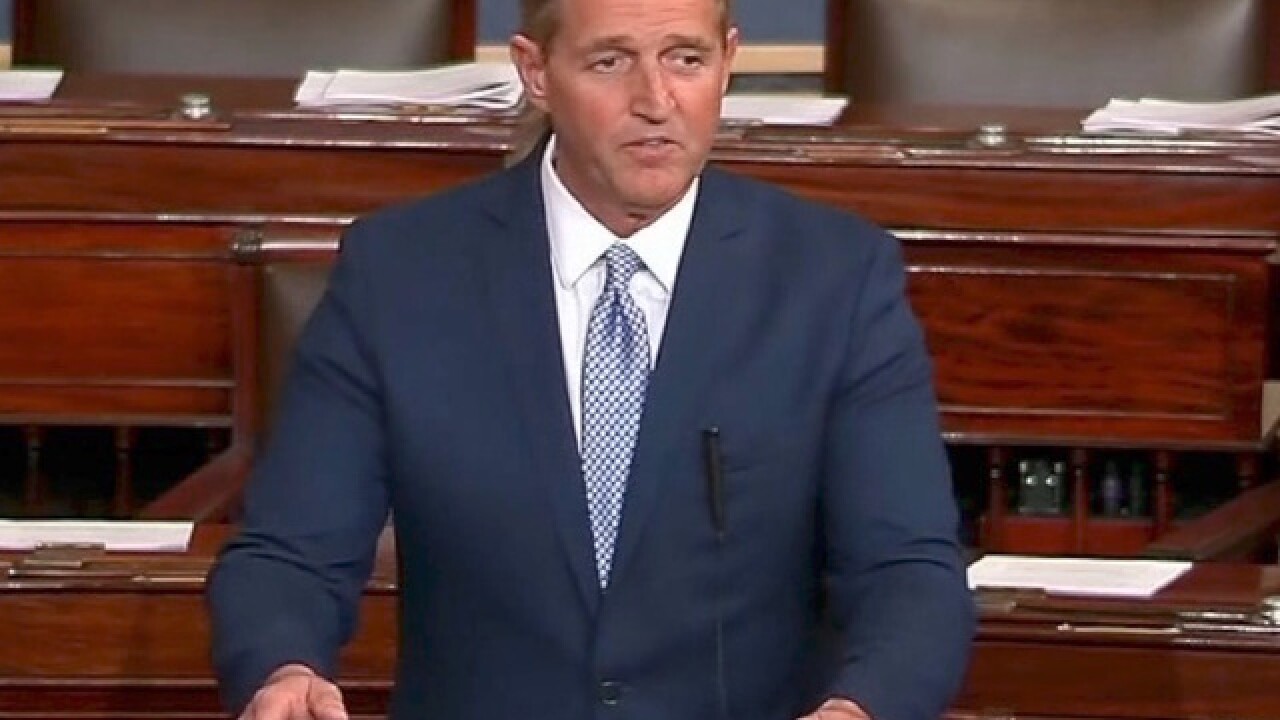 Arizona Senator Jeff Flake announced Friday morning that he will vote to confirm Judge Brett Kavanaugh for the Supreme Court.

Flake says he wishes he could express the confidence in Kavanaugh that some of his other GOP colleagues have. But Flake says in a statement he still has "much doubt" after the committee's explosive hearing Thursday.

Flake appears to be the swing vote on a committee with 11 GOP members and 10 Democrats. The vote will be the first one in a series to determine whether conservatives lock in a favorable court for a generation with a 5-4 majority.

If the nomination advances to the full Senate, then senators could begin voting as early as Saturday.

After hearing more than 30 hours of testimony from Judge Kavanaugh earlier this month, I was prepared to support his nomination based on his view of the law and his record as a judge.  In fact, I commented at the time that had he been nominated in another era, he would have likely received 90+ votes.

When Dr. Ford’s allegations against Judge Kavanaugh surfaced two weeks ago, I insisted that she be allowed to testify before the committee moved to a vote. Yesterday, we heard compelling testimony from Dr. Ford, as well as a persuasive response from Judge Kavanaugh. I wish that I could express the confidence that some of my colleagues have conveyed about what either did or did not happen in the early 1980s, but I left the hearing yesterday with as much doubt as certainty.

What I do know is that our system of justice affords a presumption of innocence to the accused, absent corroborating evidence. That is what binds us to the rule of law. While some may argue that a different standard should apply regarding the Senate’s advice and consent responsibilities, I believe that the constitution’s provisions of fairness and due process apply here as well.

I will vote to confirm Judge Kavanaugh.