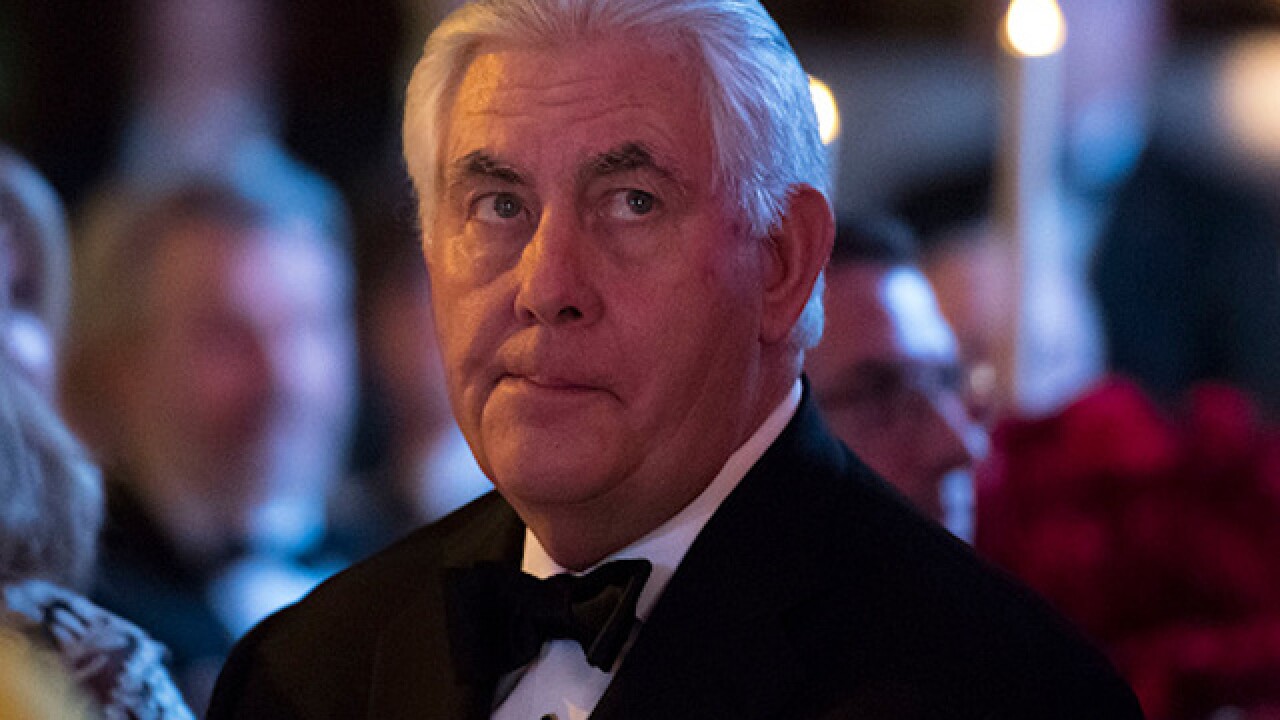 Image copyright 2017 Getty Images. All rights reserved. This material may not be published, broadcast, rewritten, or redistributed.
Pool
<p>WASHINGTON, DC - JANUARY 17: Secretary of State-designate Rex Tillerson attends the Chairman's Global Dinner with President-elect Donald Trump and Vice President-elect Gov. Mike Pence (R-IN), at the Andrew W. Mellon Auditorium on January 17, 2017 in Washington, DC.The invitation-only black-tie event is a chance for Trump to introduce himself and members of his cabinet to foreign diplomats. (Photo by Kevin Dietsch-Pool/Getty Images)</p>

The Senate voted 56 to 43, with all Republican in support and most Democrats voting against him.

Senator Bob Corker, a Tennessee Republican and chairman of the Senate Foreign Relations Committee, said he was sure Tillerson would be an effective leader at the State Department.

"Mr. Tillerson led a global enterprise with 75,000 employees, possesses deep relationships around the world, and understands the critical role of US leadership," Corker said in a statement. "He has expressed a commitment to defend American values and to restore U.S. credibility by strengthening old alliances and building new ones."

The 64-year-old Texan had a shaky confirmation hearing before Corker's committee in January, generating frustration among Democrats and Republicans alike after he dodged a series of questions. He wouldn't agree when asked if Russia's Vladimir Putin -- who has given Tillerson Russia's highest civilian honor for his work there as an oil man. Tillerson also avoided condemning human rights abuses in China, Saudi Arabia and the Philippines. And he sidestepped a direct answer about whether human beings cause climate change.

Democrats also raised concern about how long Tillerson would recuse himself from decisions than could affect ExxonMobil once he became the top US diplomat.

Democrats had hoped to delay a final vote in order to quiz Tillerson about the Trump administration's travel ban on seven Muslim-majority countries. In his confirmation hearing, Tillerson said, "I do not support targeting any particular group."

Tillerson split from Trump on a series of issues in his confirmation hearing last month, condemning Russia's invasion of Ukraine as "illegal" and saying he did not oppose the Trans-Pacific Partnership trade deal that President Donald Trump has rejected.

Tillerson also pushed back against Trump's campaign suggestion that South Korea and Japan should consider developing nuclear arsenals. And unlike Trump, who has repeatedly questioned the utility of NATO and its members' financial contributions, Tillerson expressed clear support for the alliance.