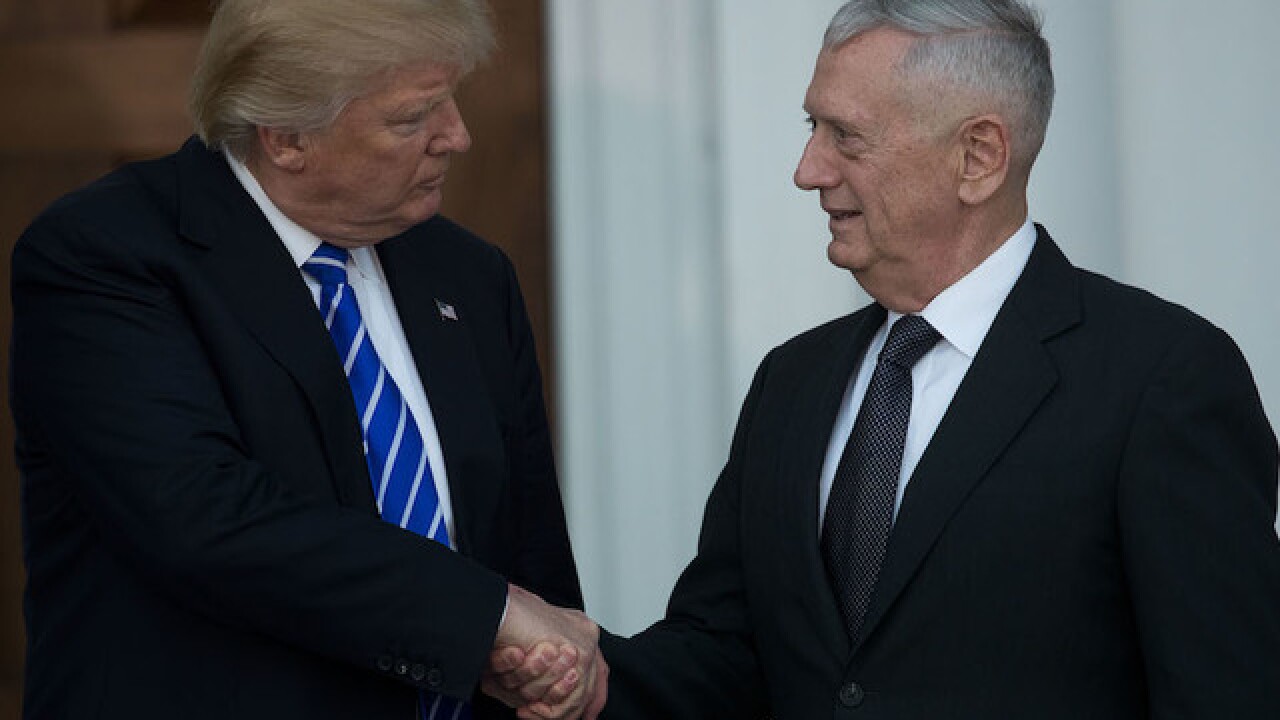 As the Senate voted on retired Gen. James Mattis for defense secretary, he easily cleared the 50-vote majority threshold. New York Democratic Sen. Kirsten Gillibrand was the first and so far only senator to vote against him.

The Senate was set to vote next on retired Gen. John Kelly for homeland security secretary.

The Senate was not expected to consider Kansas Rep. Mike Pompeo for CIA director until Monday, after at least three Democrats objected to his quick confirmation over concerns including surveillance, though a deal was possible to allow the vote to proceed Friday.

The two expected confirmations were fewer than the seven targeted by the Trump transition team. They had hoped to meet the number that President Barack Obama had on his Inauguration Day, but Senate Democrats have objected to many of Trump's nominees.

Though Republicans have a Senate majority and are likely to confirm most if not all of Trump's Cabinet, Democrats can slow down the process by not agreeing to expedite Senate procedure.

The two national security nominees were considered the least controversial of the picks. In order to be confirmed quickly by voice vote, the Senate must be unanimous. Any single senator may object to dispensing with procedural steps, which was why any of the three Democrats could delay Pompeo's nomination.

Democrats have accused the Republicans of trying to ram through Trump's nominees, complaining that multiple hearings were held concurrently, that required ethics paperwork wasn't delivered in enough time before confirmation hearings and that some of the nominees were too extreme.

Schumer has said that his caucus has the right to express objections to nominees. After McConnell spoke on the floor, Sen. Dick Durbin, the No. 2 Senate Democrat, spoke about delays in ethics paperwork and Obama nominees that Senate Republicans held up throughout his tenure.

"No CIA director in history has ever been confirmed on Inauguration Day," their offices said in a joint statement. "The importance of the position of CIA director, especially in these dangerous times, demands that the nomination be thoroughly vetted, questioned and debated."

Trump signed a bill clearing the way for Mattis to be confirmed as his first action as President earlier Friday. Congress passed the waiver -- making an exception to a law requiring defense secretaries be out of the military at least seven years before serving -- earlier this month.