Votes were split 11-9 down party lines 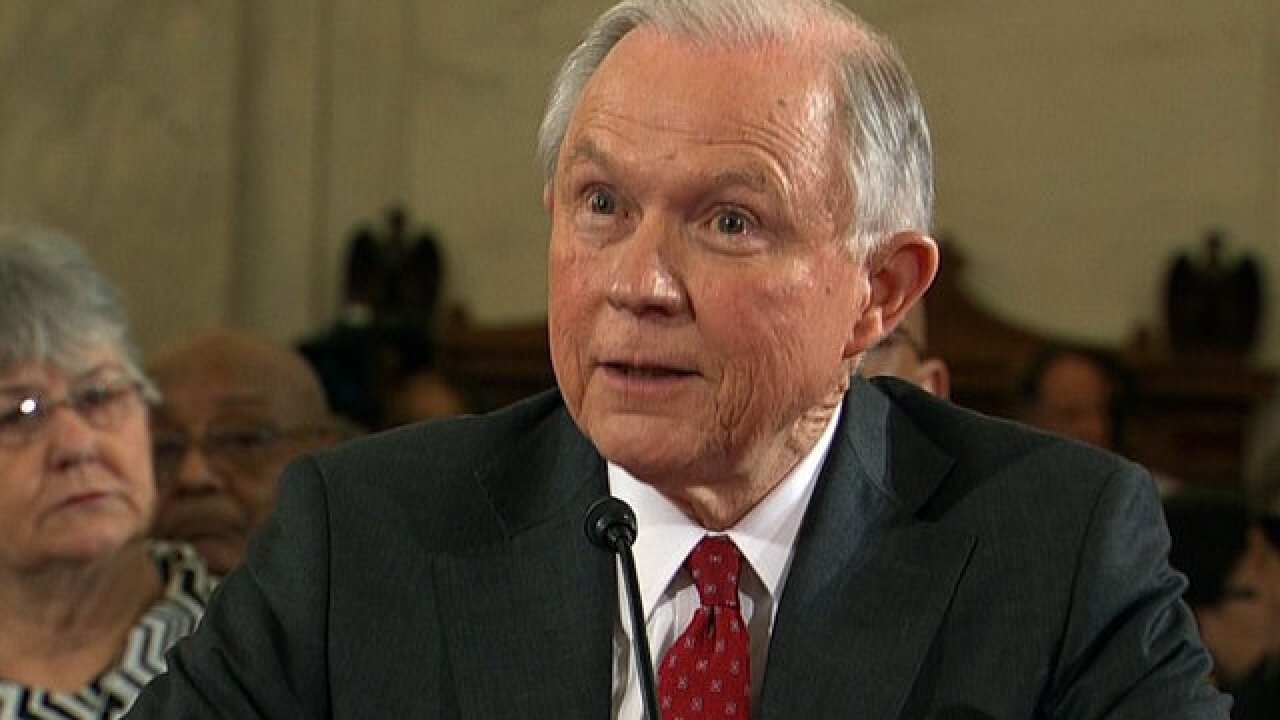 © 2017 Cable News Network, Inc.
Pool
<p>Sen. Jeff Sessions began the defense of his nomination for Donald Trump's attorney general on Tuesday, January 10, 2017 by emphasizing a theme of enforcing law and order and strongly pushed back against allegations of racism in his long career.</p>

(CNN) -- The Senate Judiciary Committee Wednesday morning advanced the nomination of Jeff Sessions for attorney general in a party-line vote.

All 11 Republicans on the panel backed Sessions, an Alabama senator. All nine Democrats opposed him.

Sessions' nomination was already politically charged, but it has received even more scrutiny in the wake of President Donald Trump's executive order banning foreign nationals from seven Muslim-majority countries, his recent firing of acting attorney general Sally Yates, and his calls last week for a voter fraud investigation.

The committee was initially expected to vote Tuesday, but Democrats used a procedural maneuver to delay the committee vote until Wednesday.

Rhode Island Sen. Sheldon Whitehouse and Minnesota Sen. Al Franken were the two remaining Democrats left to speak on Wednesday and echoed their colleagues' views, walking through lengthy lists of their concerns with Sessions' record and highlighting his close allegiance to Trump.

"Nominees have to meet a higher standard when a White House trafficks in alternative facts," Whitehouse said.

Franken took direct aim at not only Sessions, but Texas Sen. Ted Cruz for allegedly misrepresenting Sessions' record on civil rights and voting rights cases during the confirmation hearing last month. Yet Cruz was not in the room for Franken's attack and Sen. John Cornyn objected, calling Franken's behavior "inappropriate."

"We have an important job to do here and it's important that we understand the nominee's record accurately -- it's not our job to shade the record," Franken said.

The full Senate could vote on the nomination as early as next week.