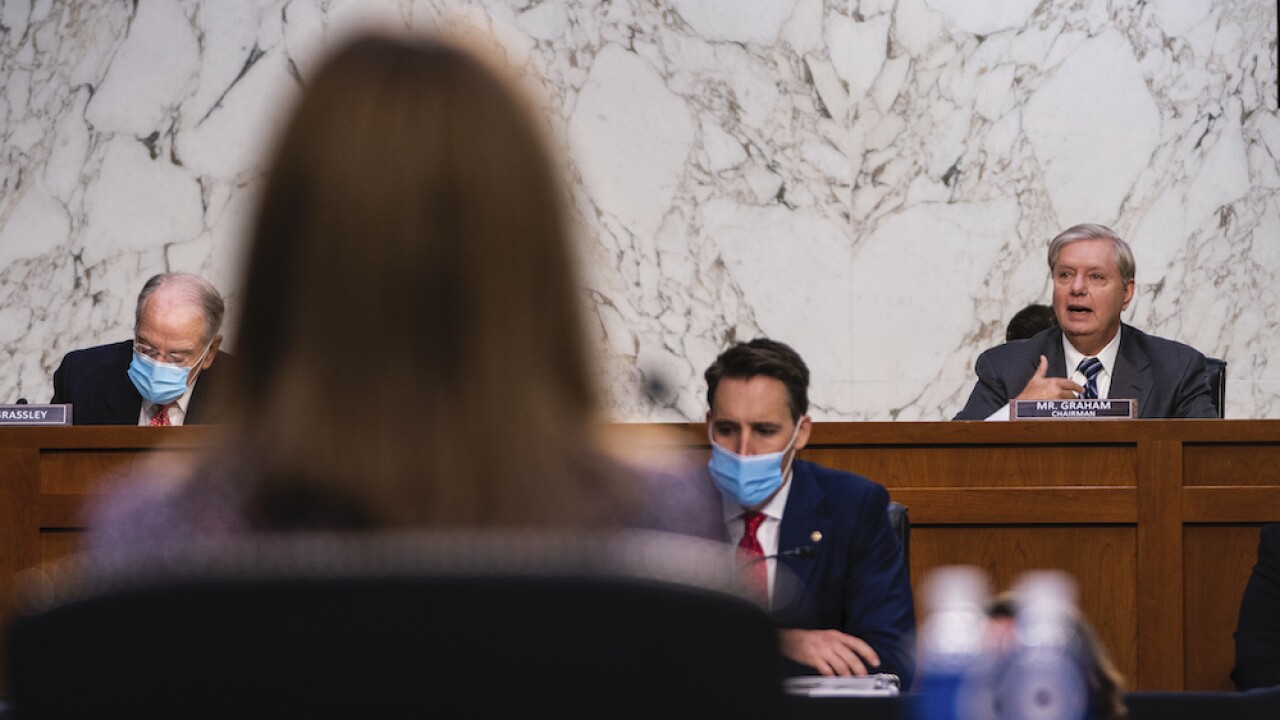 On Wednesday, Graham claimed the comment was made in sarcasm.

"If anybody was listening to who I am and what I said, you know that it was the deep sarcasm that I suggested that some legislative body would want to yearn for the good old days of segregation,” Graham said on Wednesday. “The point that I'm trying to make is there is nobody in America in the legislative arena, wanting to take us back to that dark period in American history.”

During Tuesday’s questioning, Graham asked, "And one of the reasons you can say with confidence that you think Brown versus Board of Education is super precedent is that you’re not aware of any effort to go back to the good old days of segregation by a legislative body, is that correct?"

Graham is an unexpectedly tight race against Democrat Jamie Harrison for his seat in South Carolina. Harrison fired back at the senator.

“And for my opponent to suggest that says far more about him than me,” Graham said. “I've been a United States Senator for three terms. I represent a state with 31% of an African American population. I want to make sure that everybody in my state moves forward. And in terms of that statement it is a it blows my mind that any rational person can believe that about me.”

Recent polls compiled by 538 show an essentially deadlocked race between Graham and Harrison.

The landmark 9-0 Brown versus Board of Education decision ruled that segregation of schools violated the Equal Protection Clause of the 14th amendment.