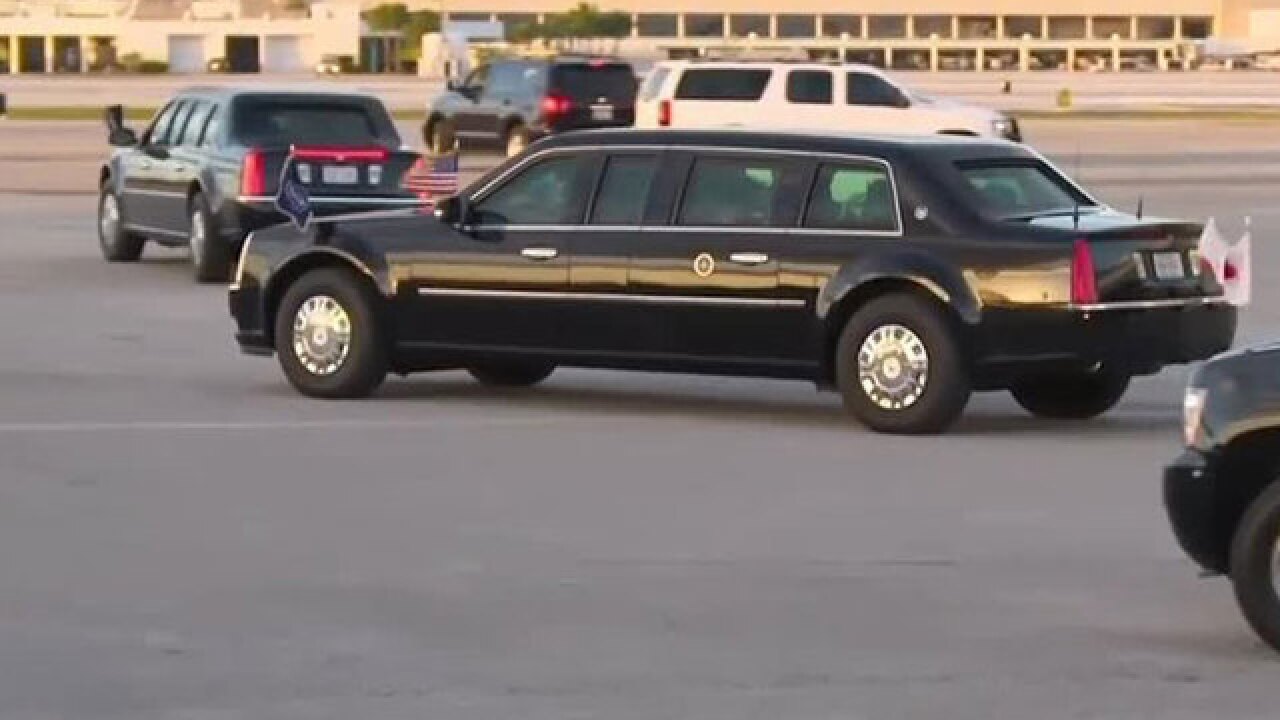 Copyright 2017 Scripps Media, Inc. All rights reserved. This material may not be published, broadcast, rewritten, or redistributed.
<p>The Secret Service is investigating after protesters threw an object at the Trump motorcade in Florida today. (WPTV)</p>

WEST PALM BEACH, Florida (CNN) -- The Secret Service is investigating an incident in which an object was thrown at President Donald Trump's motorcade Friday afternoon.

The incident happened near his Mar-a-Lago resort as the motorcade traveled from the airport. It was not clear if any of the vehicles were struck and what was thrown.

No one was hurt.

A large number of police officers and Secret Service agents gathered at an intersection along Southern Boulevard. A group of protesters had been at the corner when the motorcade passed.

A rock the size of a baseball could be seen at the scene, and a second item was being examined on the ground. Agents went into nearby stores and a gas station seeking video.

A crime scene unit from the Palm Beach County Sheriff's Department collected the two items and carried them away in brown bags.

The Secret Service was unable to immediately provide further details.