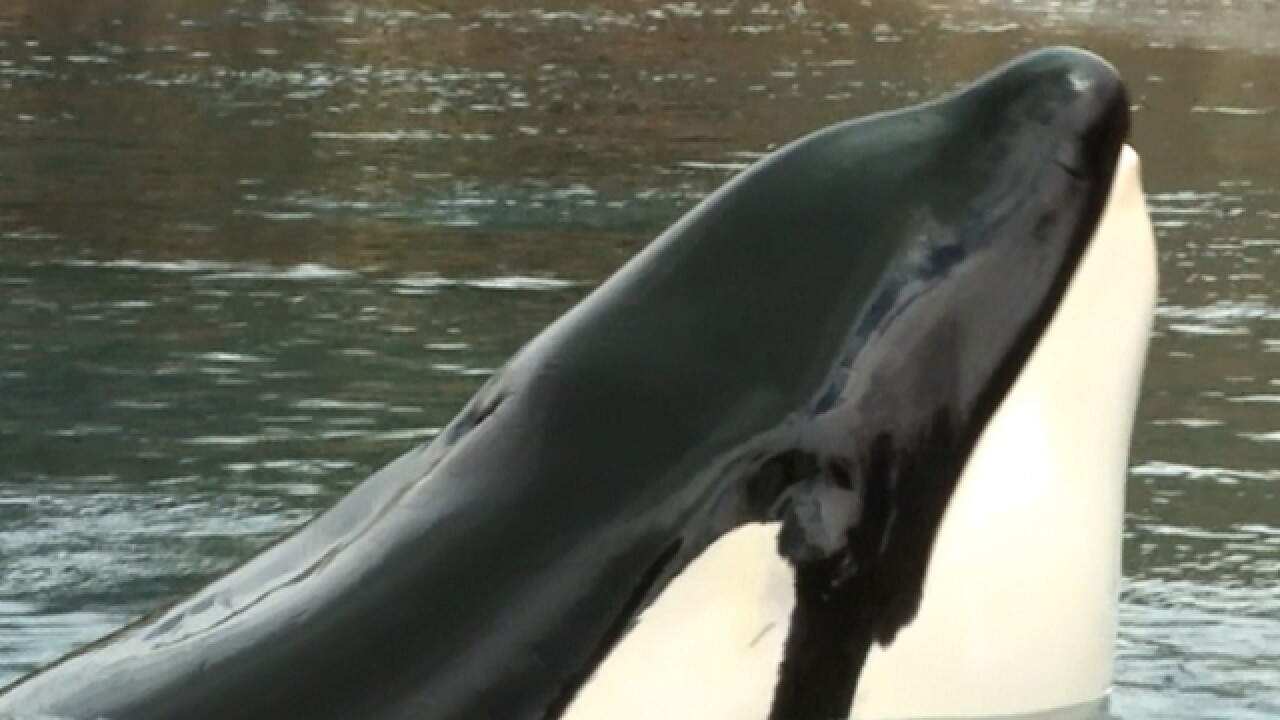 Tilikum, the whale at the center of the documentary "Blackfish," has died.
According to SeaWorld, Tilikum passed away Friday morning surrounded by trainers, care staff and veterinarians.
Tilikum's death wasn't a surprise, as the whale had recently faced some serious health issues. While the official cause of Tilikum's death will not be determined until the necropsy is completed, SeaWorld veterinarians were treating him for a persistent and complicated bacterial lung infection.
Tilikum had been at SeaWorld for more than 25 years.
Tilikum’s life will likely always be inextricably connected with the death of SeaWorld trainer Dawn Brancheau in 2010.
Even after Brancheau's death, SeaWorld continued to care for and house Tilikum.
“Tilikum had, and will continue to have, a special place in the hearts of the SeaWorld family, as well as the millions of people all over the world that he inspired,” said SeaWorld President and CEO Joel Manby. “My heart goes out to our team who cared for him like family.”
People for the Ethical Treatment of Animals, better known as PETA, has long condemned SeaWorld and the capturing of wildlife for entertainment purposes. The organization recently sent tweets condemning the whale's health problems.
Some of those tweets centered around points brought up by the popular 2013 documentary "Blackfish," including the fact Tilikum killed several people while in captivity.
Technically, Tilikum wasn't captured by SeaWorld or born in captivity. The organization said he was about 36 years old, which is "near the high end of the average life expectancy for male killer whales."
Copyright 2017 Scripps Media, Inc. All rights reserved. This material may not be published, broadcast, rewritten, or redistributed.