Search on for skydiving instructor lost during tandem jump 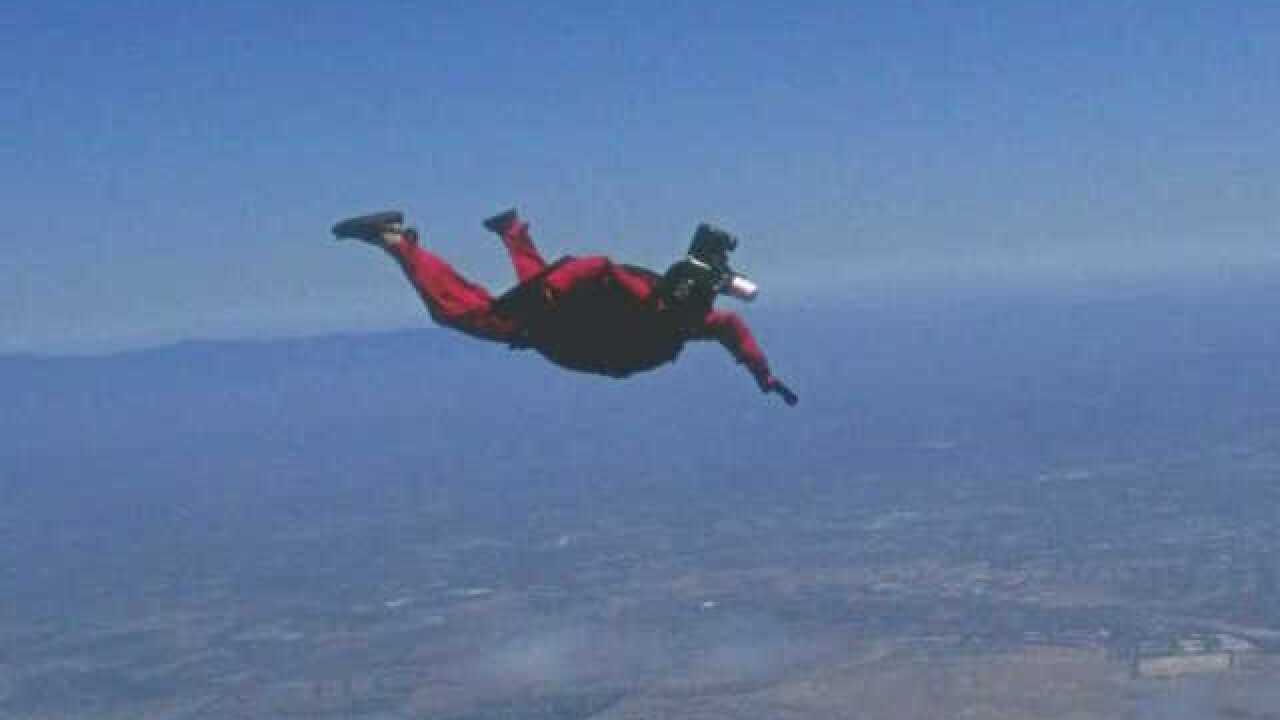 Authorities in Maine searched on Friday for the body of a skydiving instructor who became separated from his student during a tandem jump.

Forty-one-year-old Brett Bickford of Rochester, New Hampshire, and his student participated in a jump about 2 p.m. Thursday near Skydive New England in Lebanon, officials said. The student called police after he landed safely and couldn't find his instructor.

Investigators determined Bickford and the student became separated about a mile above the ground, Maine Department of Public Safety spokesman Steve McCausland said. He said Bickford didn't have a backup parachute.

McCausland described Bickford as "presumed dead." The search for Bickford is concentrating around the Skydive New England facility in Lebanon where the flight originated from, he said.

The Maine State Police, Maine Warden Service and members from search and rescue squads were all searching for Bickford on Friday.

Bickford and the student used the same parachute in the jump, which is typical of a tandem jump. Police weren't sure on Friday how the skydivers became separated.

Authorities suspended the search around 9 p.m. Thursday and resumed on Friday morning.