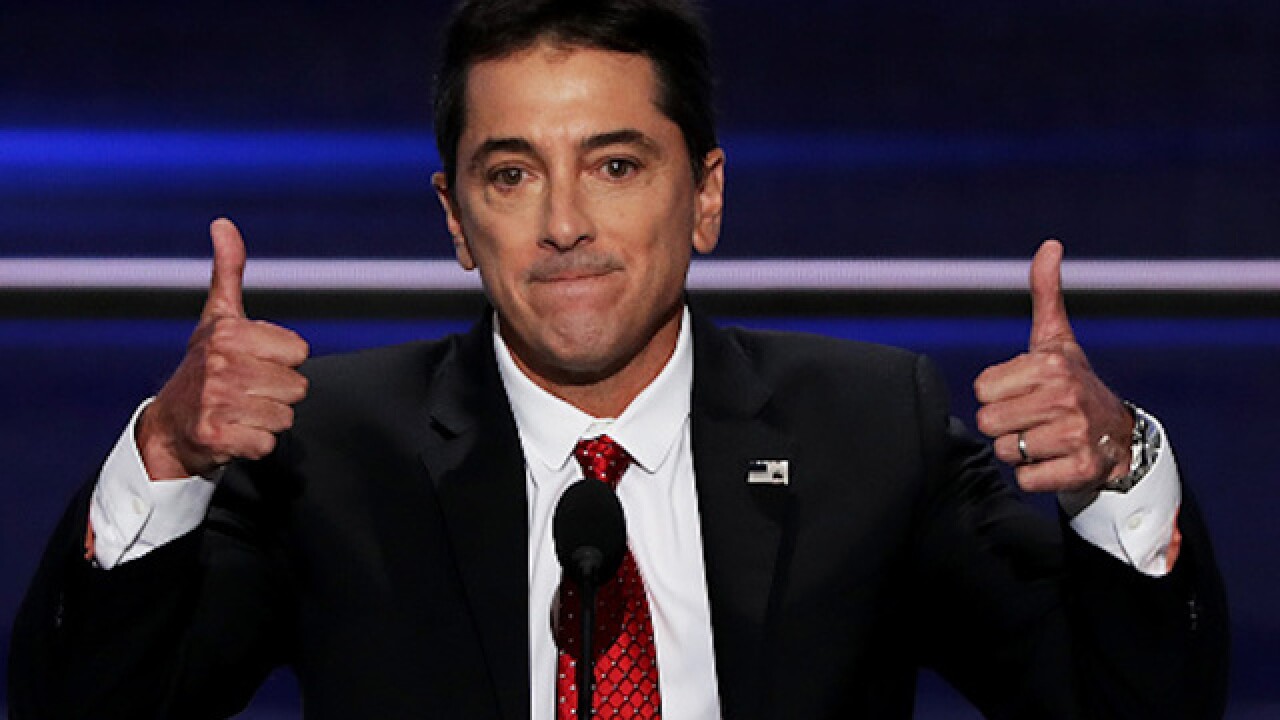 Copyright Getty Images
Alex Wong
<p>CLEVELAND, OH - JULY 18: Scott Baio gives two thumbs up during his speech on the first day of the Republican National Convention on July 18, 2016 at the Quicken Loans Arena in Cleveland, Ohio. An estimated 50,000 people are expected in Cleveland, including hundreds of protesters and members of the media. The four-day Republican National Convention kicks off on July 18. (Photo by Alex Wong/Getty Images)</p>

Baio, who was one of the President-elect's most prominent and fiercest celebrity supporters throughout the 2016 election, was attending an event with his daughter in Thousand Oaks, California, on Saturday where the actor said that Mack confronted him about his support for Trump and that the confrontation ended with Mack getting physical.

A copy of the report, filed Monday and obtained by CNN, claims that "hands/ fists/ feet" were used to attack Baio but lists "no/ minor bodily injury."

Captain Garo Kuredjian, the media relations officer at the Ventura County Sherrif's office, confirmed that Baio filed the report but told CNN in a phone interview that they are "not disclosing who the suspect or is or any particulars on the case."

"What I can tell you is that (Baio) did file a report for battery," Kuredjian said. No charges have been filed against Mack.

"Our investigators are looking into this matter right now," he added.

A Twitter direct message sent to Mack and a request for comment sent to a representative of the Red Hot Chili Peppers were not returned Friday.

While Baio, who is an active Twitter user, has not spoken out about the incident on social media, he retweeted several tweets that his wife, Renee Baio, who claims that she was a witness to the altercation, tweeted, slamming Mack and responding to a TMZ report of the incident.

TMZ reported Thursday that Baio asked Mack to calm down because his children were present but she persisted to slam his support of Trump and allegedly asked him how he could support someone who said "Grab 'em by the p****."

The derogatory comments that were allegedly made by Mack reference a 2005 Access Hollywood tape that surfaced in October in which Trump was talking to host Billy Bush boasting that his celebrity power enabled him to do things other people could not. Sometimes, he said of women, he would "grab them by the pussy."

In an interview with Fox News in October Baio defended Trump's lewd comments and said Trump "talks like a guy."

"First of all, I think 11 years ago Trump was a Democrat, so doesn't he deserve a pass? I like Trump because Trump is not a politician; he talks like a guy," Baio said. "And ladies out there, this is what guys talk about when you're not around. So if you're offended by it, grow up. And by the way, this is what you guys talk about over white wine when you have your brunches, so take it easy with your phony outrage. This is the way the world works. It's not a big thing."

Baio, who is most known for playing the role of Chachi Arcola on the sitcom "Happy Days" and its spin-off "Joanie Loves Chachi," backed Trump in March and was one of the celebrities who were invited to speak at the Republican National Convention in June.