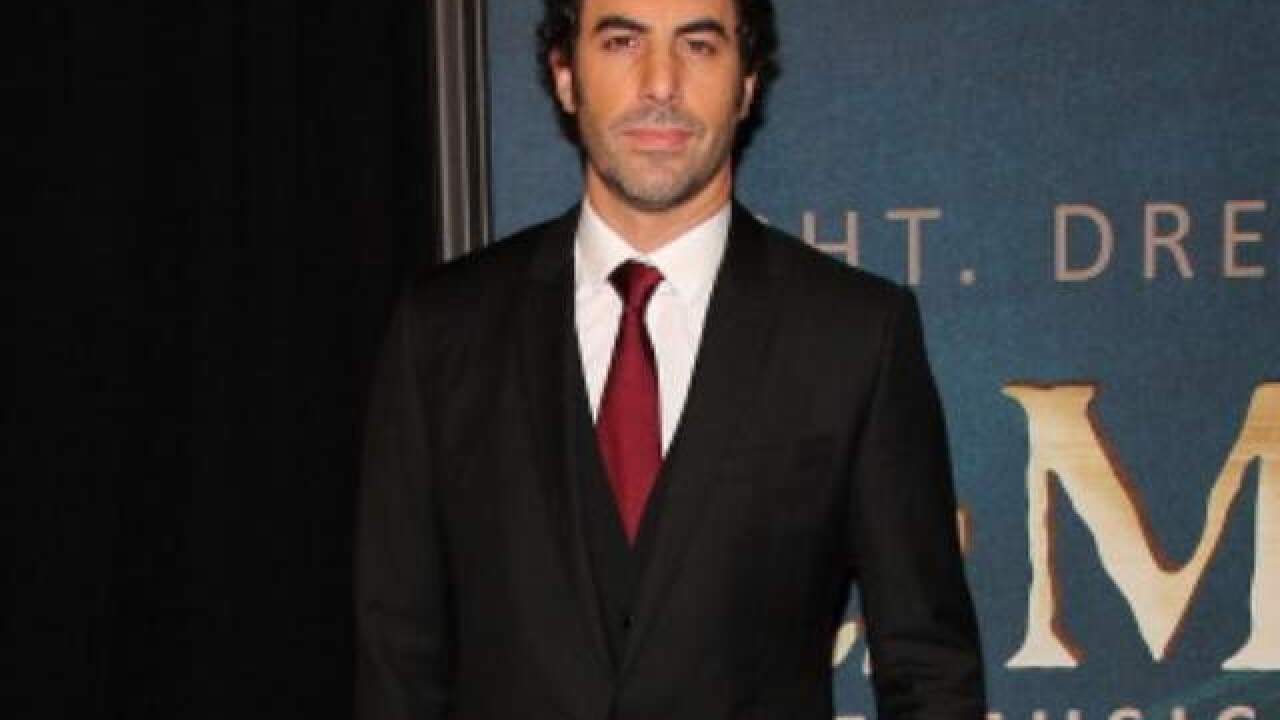 The lawsuit appears to be the first actually filed by one of the string of politicians who were duped and humiliated by Baron Cohen on the show "Who is America."

The lawsuit filed Wednesday in federal court in Washington, D.C., accuses Baron Cohen of defaming Moore and says Moore "suffered extreme emotional distress" as a result of "being falsely portrayed as a sex offender and pedophile" on the show. Moore was duped into appearing on a segment where Baron Cohen demonstrated a supposed pedophile detecting device that beeped when it came near Moore.

During last year's Senate race, Moore faced accusations that he pursued romantic and sexual relationships with teens as young as 14 when he was a prosecutor in his 30s. He has denied the misconduct allegations.

Larry Klayman, founder of the conservative group Freedom Watch, is representing Moore and his wife Kayla in the lawsuit. The complaint names CBS and Showtime as defendants in the case.

"Sasha Baron Cohen, who is not only low class but also a fraudster, will now, along with Showtime and CBS, be held accountable for his outrageous and false, fraudulent and defamatory conduct which callously did great emotional and other damage to his great man and his wife and family," Klayman said in a statement.

Representatives of Baron Cohen did not immediately respond to requests for comment about the lawsuit.

A Showtime representative wrote in an email that they do not comment on pending litigation, and to their knowledge they had not been served with the complaint.

Klayman said Moore thought he was receiving an award for supporting Israel when he agreed to appear on the show. In the segment, Baron Cohen appeared as the bushy eyebrowed faux counterterrorism instructor "Col. Erran Morad" discussing bogus military technology, including a supposed pedophile detector. The device repeatedly beeped as it got near Moore, who sat stone faced.

The lawsuit asks for $95 million in punitive and compensatory damages.

In one episode, former Arizona sheriff and Senate candidate Joe Arpaio argued the benefits of gun ownership to a tiny toy doughnut.

Another episode led a Georgia state representative to resign after he shouted racial slurs and exposed his rear end in a supposed anti-terrorism self-defense drill.