Gun-rights activists take to the streets for Richmond rally 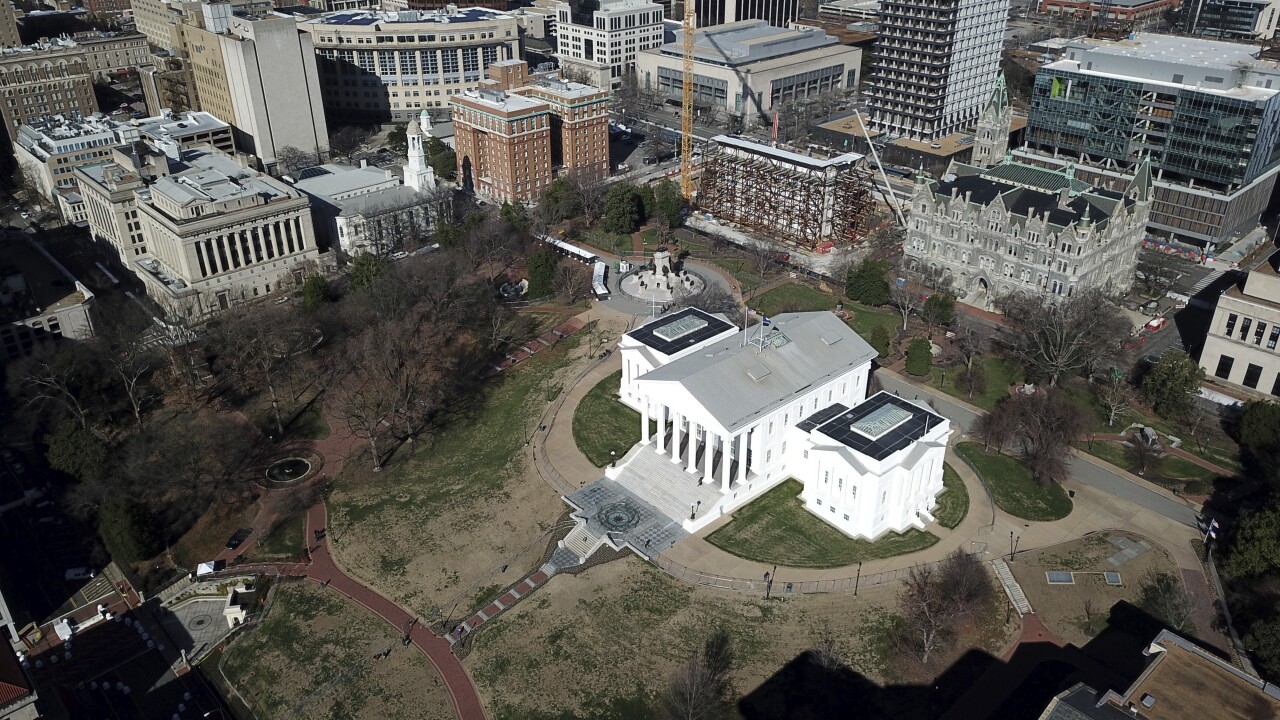 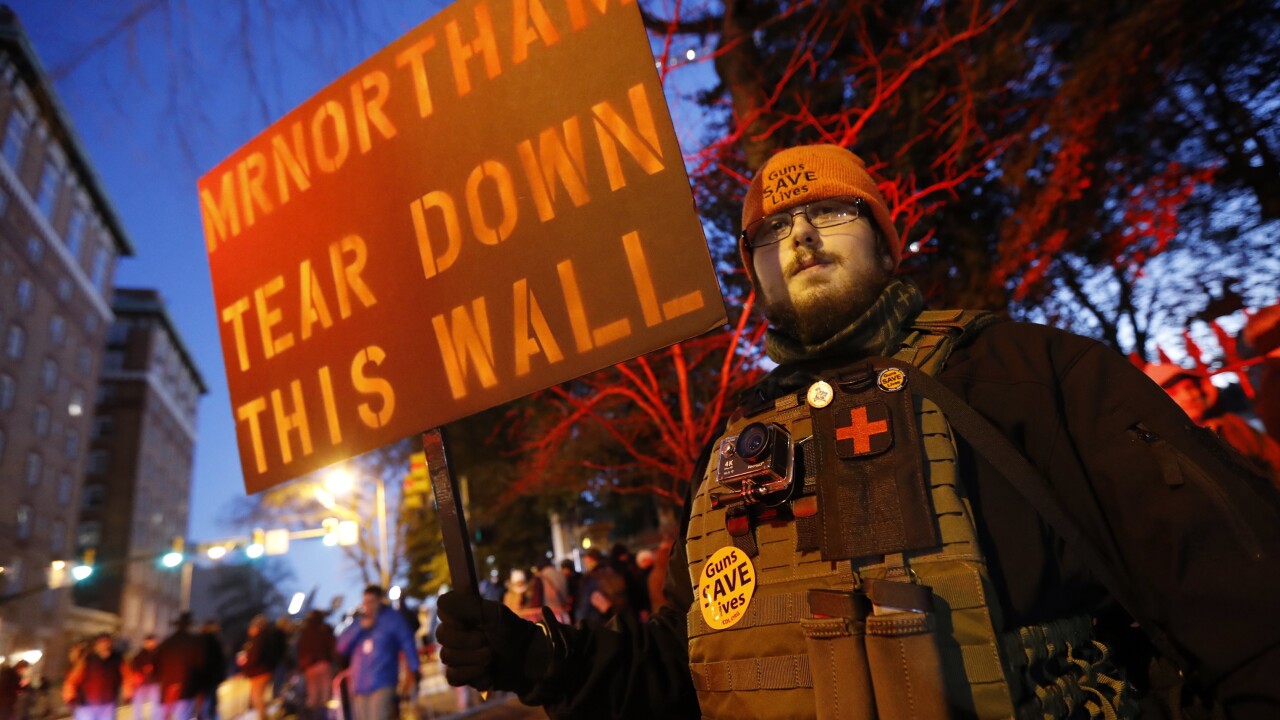 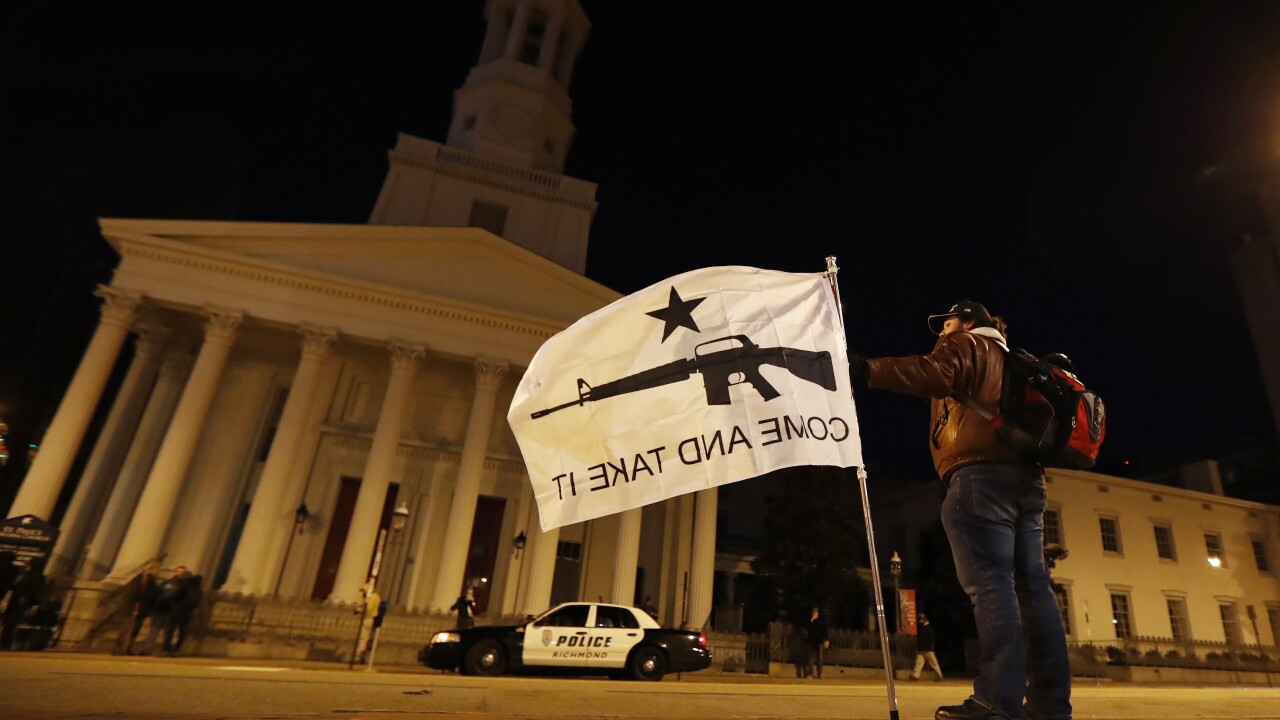 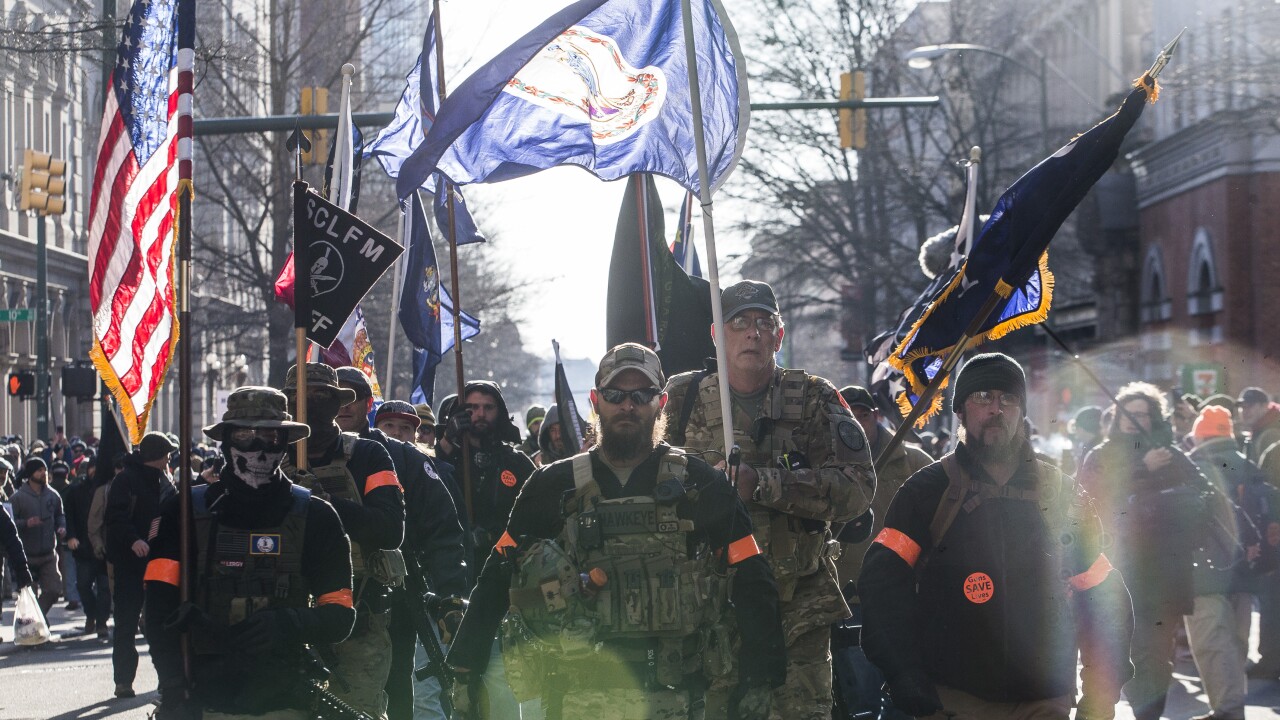 RICHMOND, Va. – Thousands of gun-rights activists and other groups crowded the streets around Virginia’s Capitol to protest plans by the state's Democratic leadership to pass gun-control legislation.

Citing credible threats of violence, Gov. Ralph Northam declared a temporary state of emergency days ahead of Monday’s rally, banning all weapons including guns from Capitol Square, where the event was set to be held.

Virginia's highest court has upheld the ban. The Supreme Court issued its decision late Friday, rejecting an appeal from gun-rights groups that said the ban violated their Second Amendment right to bear arms.

The court did not rule on the merits of the case, however. The justices said they did not have enough information to decide whether a lower court judge had ruled appropriately.

The Southern Poverty Law Center says that threats of violence have been “rampant” online among anti-government and far-right groups.

Militia groups and white supremacists were expected to mix with gun-rights activists, raising fears that the state could again see the type violence that exploded in Charlottesville in 2017.

The protest came to a close Monday afternoon with no known incidents.

WATCH VIDEO OF THE EVENT BELOW: