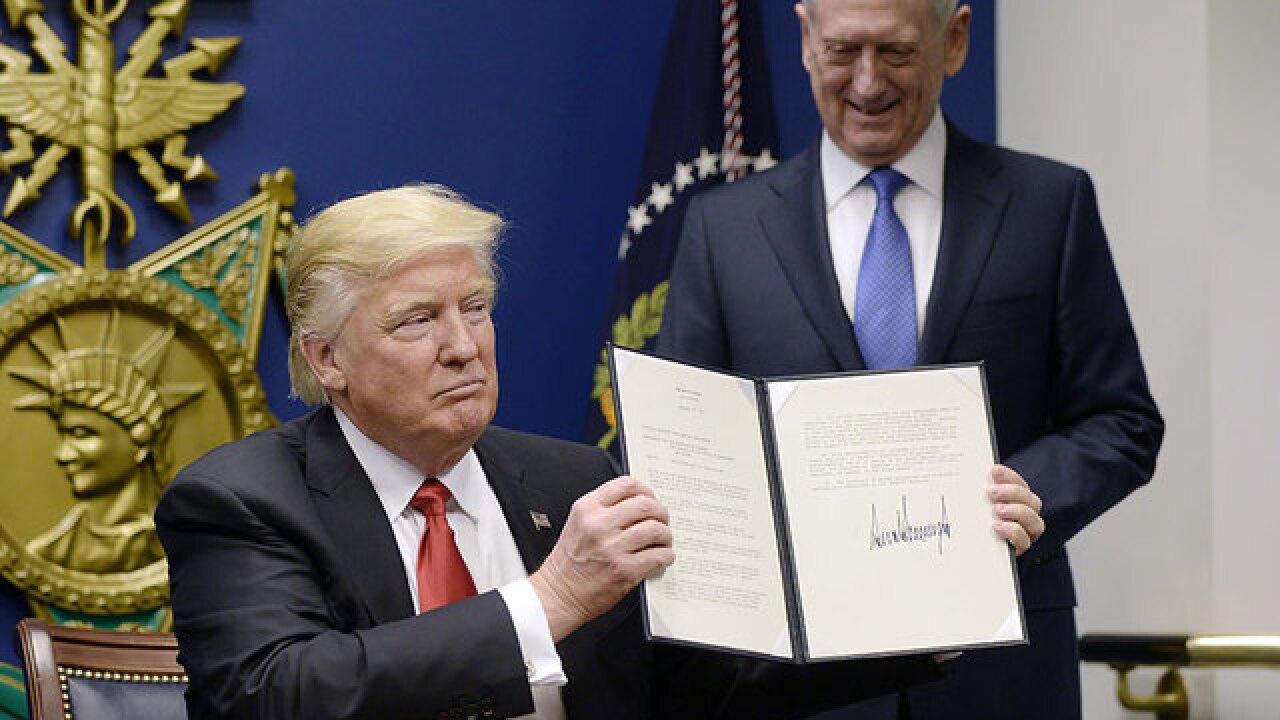 President Donald Trump says the intent of his executive order halting refugee resettlement is to stop terrorists from entering the country, but an authority on terrorism concludes not one life would have been saved had the order been in place in the 15 years since the September 11th attacks.

Brian Michael Jenkins, a terrorism expert at the non-partisan RAND Corporation who has testified dozens of times before Congress, says that since 9/11 there have been seven jihadist terror attacks in the United States that claimed 89 lives. He says even when you examine non-fatal attacks and foiled attempts, the vast majority of attackers are actually American citizens or long-term residents of the U.S. and not refugees.

“Our problem is one of inspiration from abroad, not immigration,” he said.  “If we look at the biography of those individuals, it is clear the radicalization took place here.”

In testimony before the House Oversight and Governmental Reform Subcommittee on National Security in December 2015, Jenkins noted, “refugees wanting to come to the United States often have to wait months, even years, before gaining approval. It is a slow route and one of the most scrutinized, which may explain why terrorists have not used it.”

The State Department says the average time from the initial United Nations referral to someone’s arrival as a refugee in the United States is “ about 18-24 months ."

In an update to his 2015 testimony, Jenkins now counts 147 total persons involved in jihadist terrorist plots in the United States since 9/11. He says 104 of those people were U.S. citizens and another 20 were legal permanent residents.  Eight were in the U.S. on a temporary visa. Three crossed the border illegally, and the other 12 came by means that remain unclear. The 147 were all either participants in terror attacks or arrested for plotting attacks that were foiled.

Nidal Hasan, who was convicted of fatally shooting 13 people and injuring more than 30 in an attack at Fort Hood in 2009, was born in the United States.

Jenkins says the two brothers behind the 2013 Boston marathon bombings, Dzhokhar and Tamerlan Tsarnaev, were asylum-seekers.

The RAND findings align with recent 2016 congressional testimony from Leon Rodriguez, the then director of United States Citizenship and Immigration Services.

"The fact is that since September 11th, not a single act of actual terrorist violence has been committed by a refugee who has undergone our screening procedures," Rodriguez told the Senate Judiciary Subcommittee on Immigration and the National Interest on Sept. 28, 2016.

Of note, 11 days prior to Rodriguez’s testimony, Dahir A. Adan was named as the suspect behind a stabbing attack at a mall in St. Cloud, Minn. He is reportedly a refugee who came to the United States at two months old and became a U.S. Citizen in 2008.  It is unclear whether the government screened the two month old, but Jenkins says it is apparent he became radicalized inside America’s borders.

In November 2016, Abdul Razak Ali Artan, an 18-year-old Somali refugee, launched a non-fatal knife attack at Ohio State that sent 11 to the hospital. He came to the United States in 2014.

State Department figures show 784,389 refugees were resettled in the U.S. between 2002 -2015, the most recent year statistics are available online. Jenkins notes, for more perspective, the United States reports on average 15,000 criminal homicides each year.

As news of the Trump administration’s plans to target refugees leaked to the public in a draft last week, former Secretary of State Madeleine Albright expressed grave concerns.

“It is a cruel measure that represents a stark departure from America’s core values,” Albright said on a call Thursday. She was talking with reporters and faith-based groups representing leaders of the Jewish, Catholic, and Evangelical communities who work with the federal government to resettle refugees.

Albright went on to say, “America can simultaneously protect the security of our borders and our citizens and maintain our country’s long tradition of welcoming those who have nowhere else to turn.”