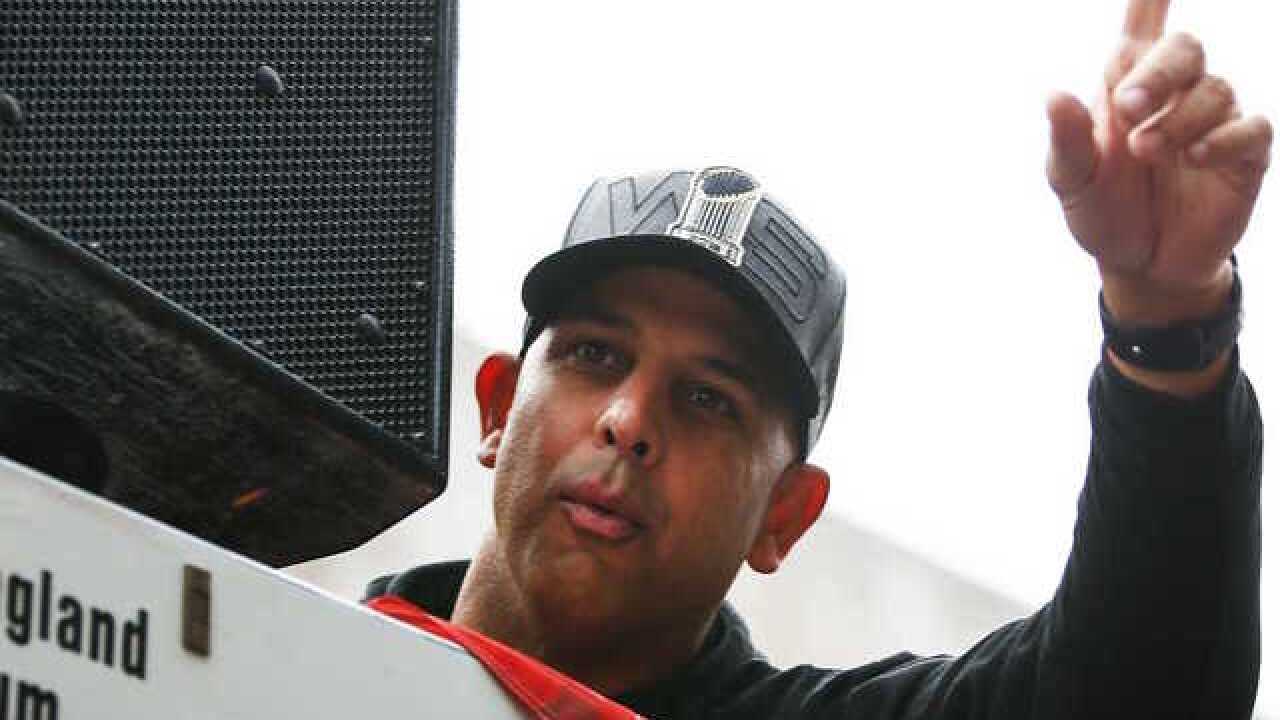 Image copyright 2018 Getty Images. All rights reserved. This material may not be published, broadcast, rewritten, or redistributed.

Red Sox manager Alex Cora, one of the team's championship trophies and a bystander were hit by errant beer cans thrown during the team's victory lap through downtown Boston.

Cora is named in court records Wednesday as the victim of a beer can thrown by Patrick Connolly during the World Series celebration.

The 19-year-old Sandwich, Massachusetts, resident was charged with disorderly conduct and assault.

The newspaper said a 20-year-old parade goer suffered a gash on her nose from another thrown beer.

Team spokeswoman Zineb Curran declined to comment, other than to say the incidents were unfortunate but didn't appear intentional.

She says the World Series trophy would easily be repaired.