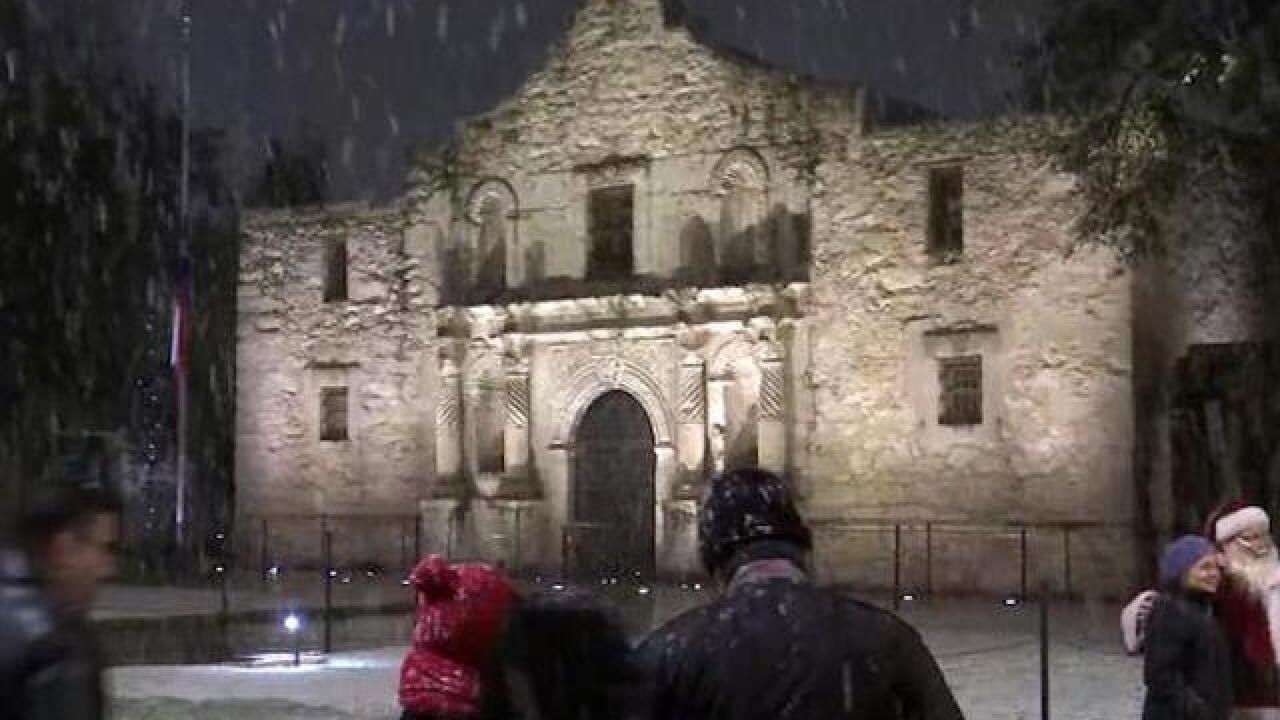 Big and fluffy snowflakes fell across parts of south Texas on Thursday, including San Antonio and Austin.

While snow is common in parts of north Texas, it's unusual for this region to see snowfall and people shared their delight on social media.

"A Texas Christmas miracle!" one person posted on Twitter.

Renee Santos, a reporter at CNN affiliate KABB, danced in the falling flakes exclaiming, "it was 80 degrees two days ago and now it's snowing!"

Even this pup, Rooney, couldn't hold his excitement when he was reunited with the white stuff he used to play with in Amarillo, a city in the Texas panhandle.

Snow blanketed cars at a dealership in San Antonio.

This rare snow event isn't over yet. It's moving farther south to cities like Corpus Christi and Brownsville. They are expected to get snow throughout the night with 2-3 inches possible around Corpus Christi.

Corpus Christi has only had eight days on record with measurable snow (0.1") dating back to 1948. Last time the city saw snow was Christmas eve 2004 and that was their greatest snowfall on record with 2.3 inches.

Earlier this evening it didn't look like Houston was going to any of the snow action and Houston Texans defensive end JJ Watt was patiently waiting by the window.

But his wish came true and he has joined the rest of south Texans by playing in the white snowflakes.

It turned into a historic snow night in Houston. The city had not seen more than an inch of snow since 2009, and Thursday's event was the earliest seasonal snowfall on record, the National Weather Service said.