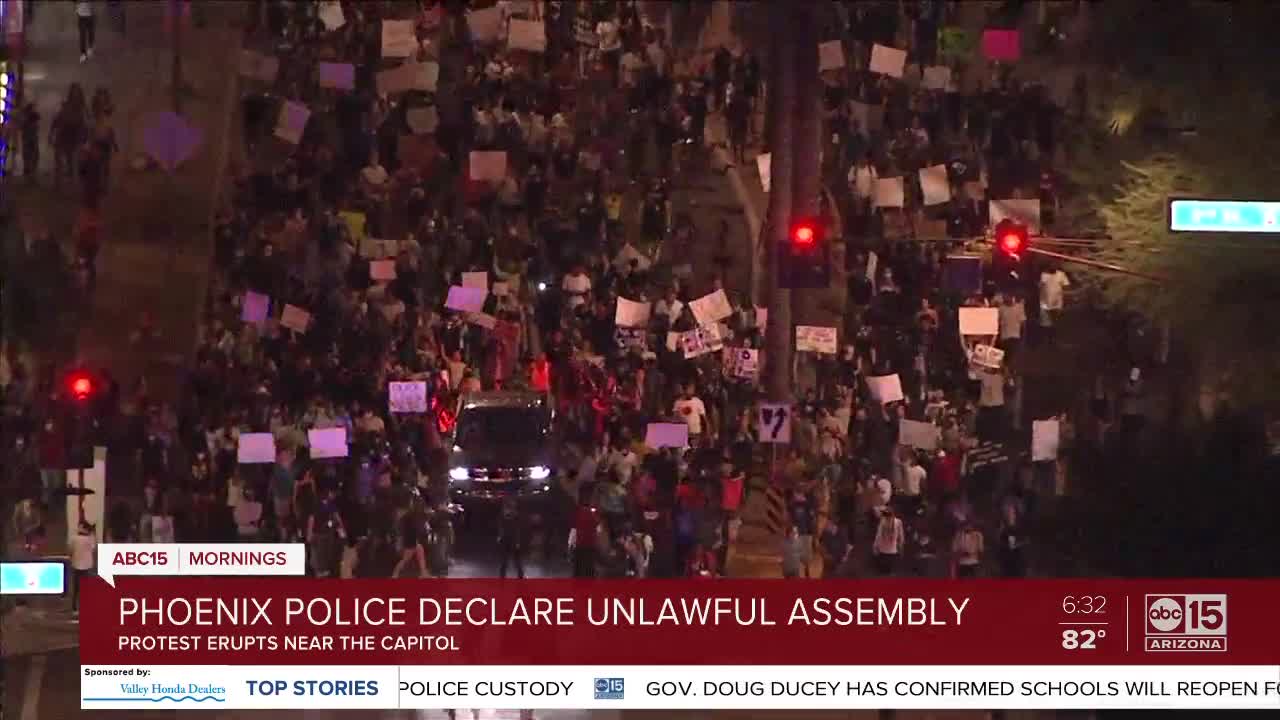 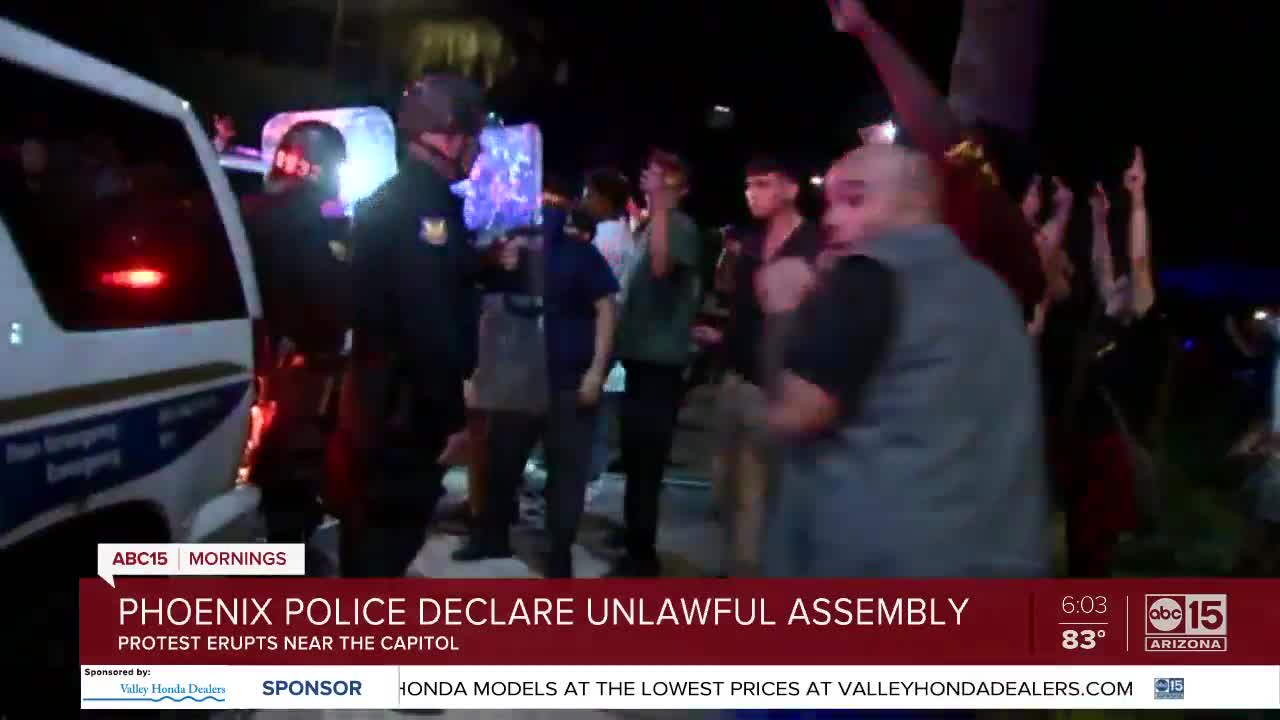 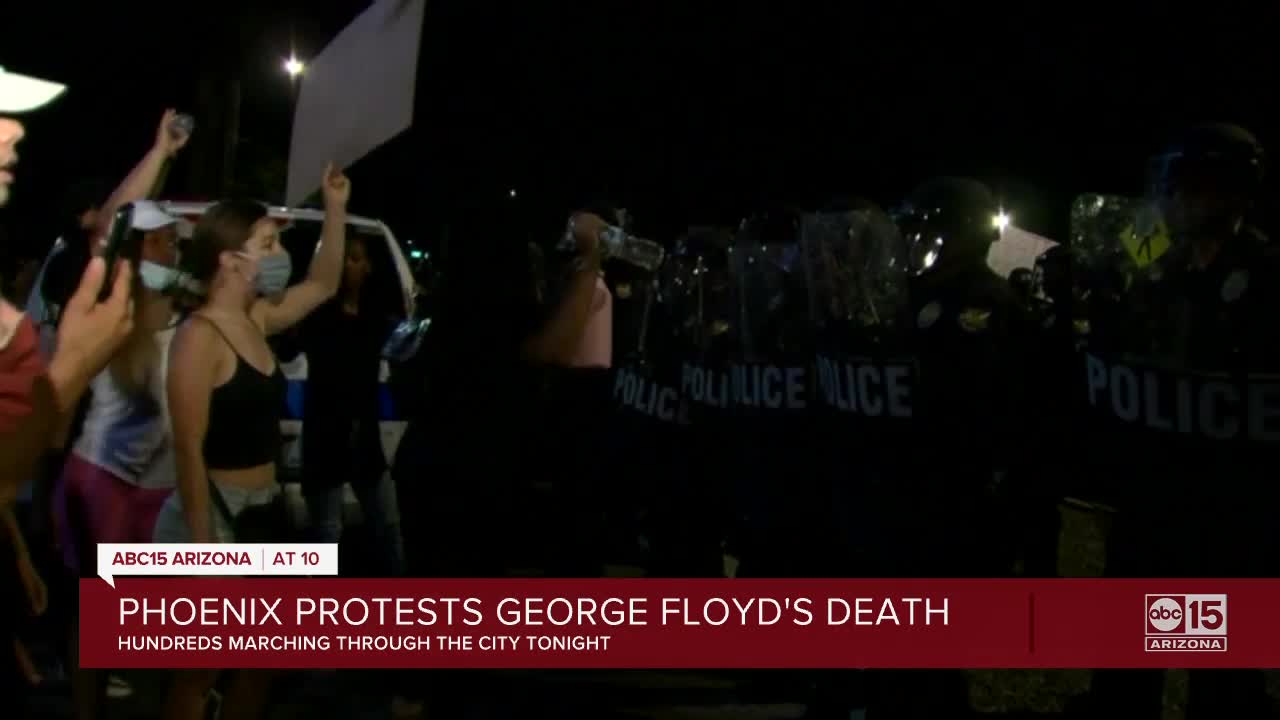 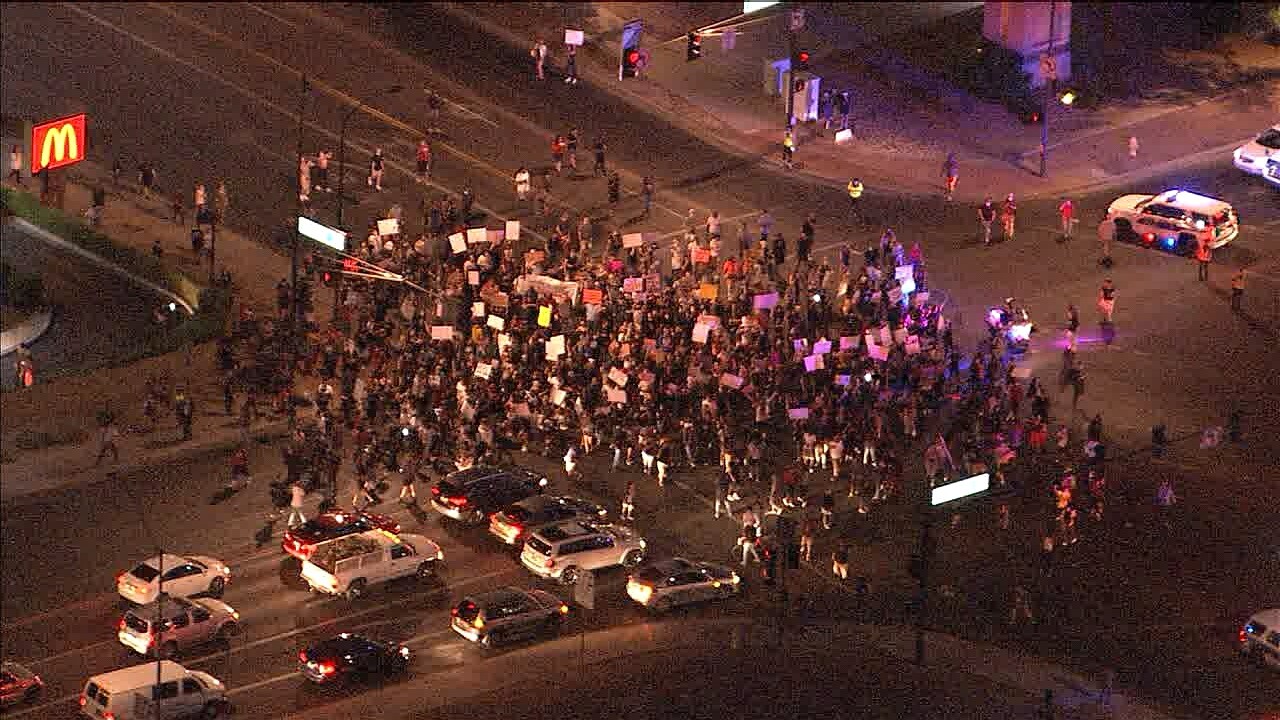 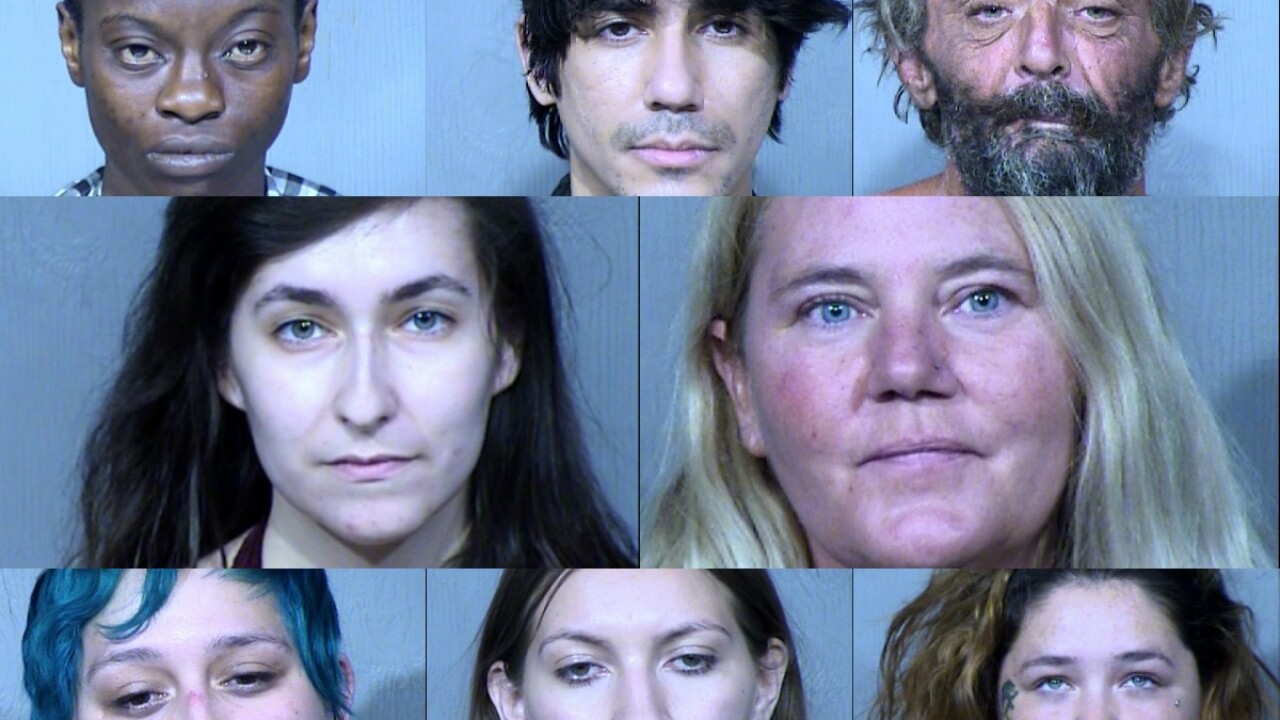 PHOENIX — Multiple people were arrested as tensions rose during a protest in downtown Phoenix Thursday night over the in-custody death of George Floyd in Minneapolis.

Phoenix Police Chief Jeri Williams held a press conference Friday morning to discuss the events and give an update about eight people who had been taken into custody.

At one point during the Thursday night confrontation, protesters came face-to-face with officers, throwing rock and bottles, and even breaking a police cruiser window. Crowds also caused damage to Phoenix Police Department headquarters.

Watch full coverage of the rally in the player below. This video contains strong language. Viewer discretion is advised.

In a news release on Friday, Phoenix police said eight people were arrested and one motorist was ticketed for civil traffic violations. Most of the arrests were for unlawful assembly, police said

At least five Phoenix police vehicles were damaged during the protests, police said, as well as windows at the Phoenix Police Department's headquarters and the Industrial Commission of Arizona building in downtown Phoenix.

At a news conference on Thursday, federal and state investigators pleaded with the public to give them time to conduct a thorough investigation into the death of George Floyd, who died in police custody on Monday.

Floyd died after Derek Chauvin, a now-fired Minneapolis police officer, held a knee against Floyd’s neck for several minutes, despite pleas from Floyd and bystanders. Chauvin and three other officers were fired on Tuesday for their role in the incident.

Chauvin was taken into police custody on Friday.

Floyd’s death while in police custody has set off two days of protests in Minneapolis and across the country.

On Friday, Mayor of Phoenix Kate Gallego issued a statement on the protests happening in Minnesota as well as those that took place in Phoenix.