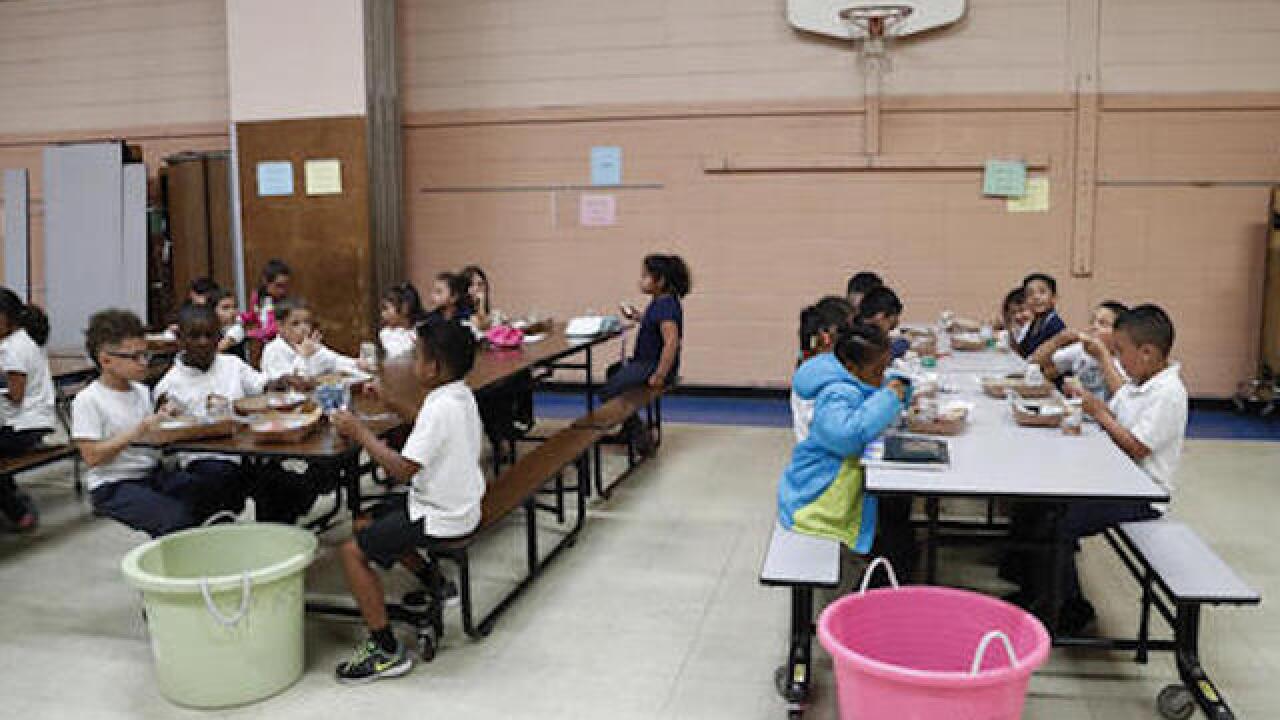 CANONSBURG, Pa. (AP) — A school cafeteria worker has quit over what she considers a "lunch shaming" policy in a Pennsylvania school district.

Stacy Koltiska resigned last week from Wylandville Elementary School in the Canon-McMillan School District after she had to take a hot lunch away from an elementary school student because the child's parent had fallen more than $25 behind in paying for his school lunches.

"His eyes welled up with tears. I'll never forget his name, the look on his face," she said.

The Canon-McMillan School District enacted the policy this year to deal with a backlog of about 300 families who owed tens of thousands of dollars. Students from kindergarten through sixth grade will lose their hot lunch but be allowed to charge a cold sandwich, fruit and milk to their meal accounts if their parents owe more than $25. Older students get no lunch at all if their parents owe more than $25.

District Superintendent Matthew Daniels said the policy has cut down drastically on parents who don't keep current on lunch accounts for their children, and isn't meant to embarrass anyone. The policy doesn't target those who qualify for financial assistance with school lunches, but is meant to make sure parents who have the ability to pay stay current.

"There has never been the intent with the adoption of this polity to shame or embarrass a child," he said.

The 300-plus families who were in arrears before the policy was implemented owed the district between $60,000 to $100,000 annually. Now fewer than 70 families have unpaid lunch tabs totaling less than $20,000, Daniels said.

Koltiska understands the problem the district is trying to address, but argues the children shouldn't be embarrassed or punished if the accounts fall into debt.

Another cafeteria worker noticed Koltiska was mistakenly giving the boy a hot chicken meal last week instead of the cold sandwich he was permitted under the policy. Koltiska said that because the cafeteria was so busy, she didn't realize at the time that the boy wasn't supposed to get the hot meal. That's why she had to go to the boy and take the meal away.

"I'm not saying the parents shouldn't be held accountable, but I think there has to be a better way than involving the children," she said.