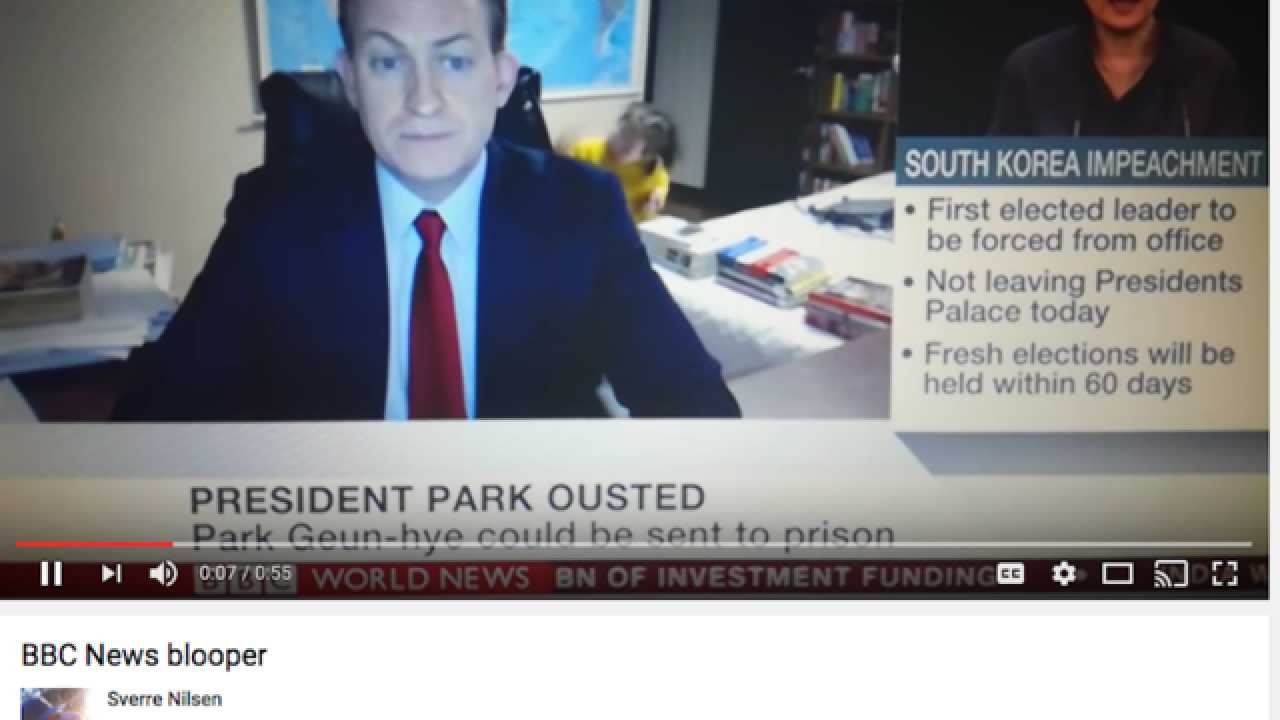 BBC gave its viewers a bit of laughter during a serious interview.

A young child enters the background complete with sunglasses and dancing moves, while a baby in a walker later enters the picture.

Kelly, for his part, keeps offers a cool apology and keeps his focus while a frantic woman dashes into the background to get the children before ducking to shut the door.

See the goofy moment for yourself.

The moment brought levity to some in the broadcast community who also have taken their work home with them.