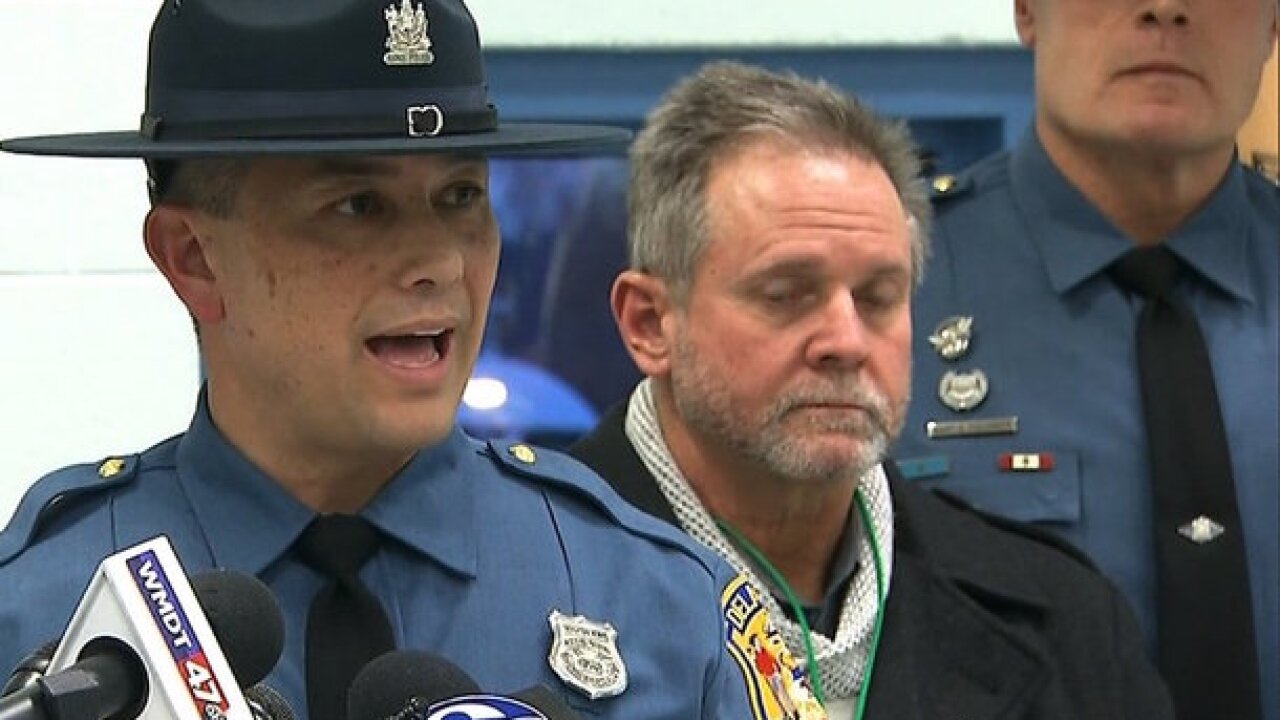 © 2017 Cable News Network, Inc.
CNN
<p>Two prison employees are still being held hostage at a Delaware correctional facility nearly a day after they were captured by inmates. Authorities have been trying to negotiate their release from the James T. Vaughn Correctional Center in Smyrna.</p>

(CNN) -- A standoff at a Delaware prison ended Thursday, but not before one of the corrections officials taken hostage by prisoners was found dead in the facility, the state Department of Corrections said.

Another prison official who had been taken hostage was rescued from C Building at the James T. Vaughn Correctional Center in Smyrna. She is being treated at a local hospital.

"She is alert and talking," a statement said.

The other officer -- whom officials didn't identify -- was found unresponsive in the same building and was pronounced dead at 5:29 a.m., officials said.

Gov. John Carney said he was praying for the fallen officer's family and said the hostage situation serves as a reminder of the risks law enforcement officers face.

"This was a long and agonizing situation," Carney said in his statement. "Our priority now will be to determine what happened and how this happened. We will hold accountable anyone who was responsible. And we will make whatever changes are necessary to ensure nothing like it ever happens again."

On Wednesday, inmates took four prison employees hostage and released two of them later that day, according to Perry Phelps, the state corrections commissioner.

The all-men's facility, which is the largest in the state, was placed on lockdown and surrounded by police as authorities worked to free the remaining pair.

Hostages taken after call for help

Shortly after 10:30 a.m. Wednesday a corrections officer radioed for help in a building that houses more than 100 inmates.

It's unclear what triggered the call for assistance.

At first, authorities said five employees had been taken hostage. But they later found that one of the staff members was in another part of the building, Coupe said.

Negotiations wore on throughout Wednesday. Prisoners demanded better conditions at the prison, including education, rehabilitation programs and better training for prison guards, according to radio traffic picked up by CNN reporters. Negotiators cautioned the prisoners that these were things that would not happen overnight.

Around 2:30 p.m., one officer was released and taken to a hospital with injuries not considered life-threatening, officials said.

Shortly before 8 p.m., a second officer was let go, Coupe said. A helicopter with CNN affiliate WPVI-TV showed footage of the second hostage being wheeled out on a stretcher. That person is undergoing a health evaluation, Coupe said.

Along with the two hostages, 27 inmates who had been in the same building were released and taken back into custody. Officials couldn't say whether those inmates also had been held against their will.

The correctional facility is about 90 miles east of Washington, and houses 2,500 inmates who are in minimum-, medium- and maximum-security cells. Death row inmates are also held there.