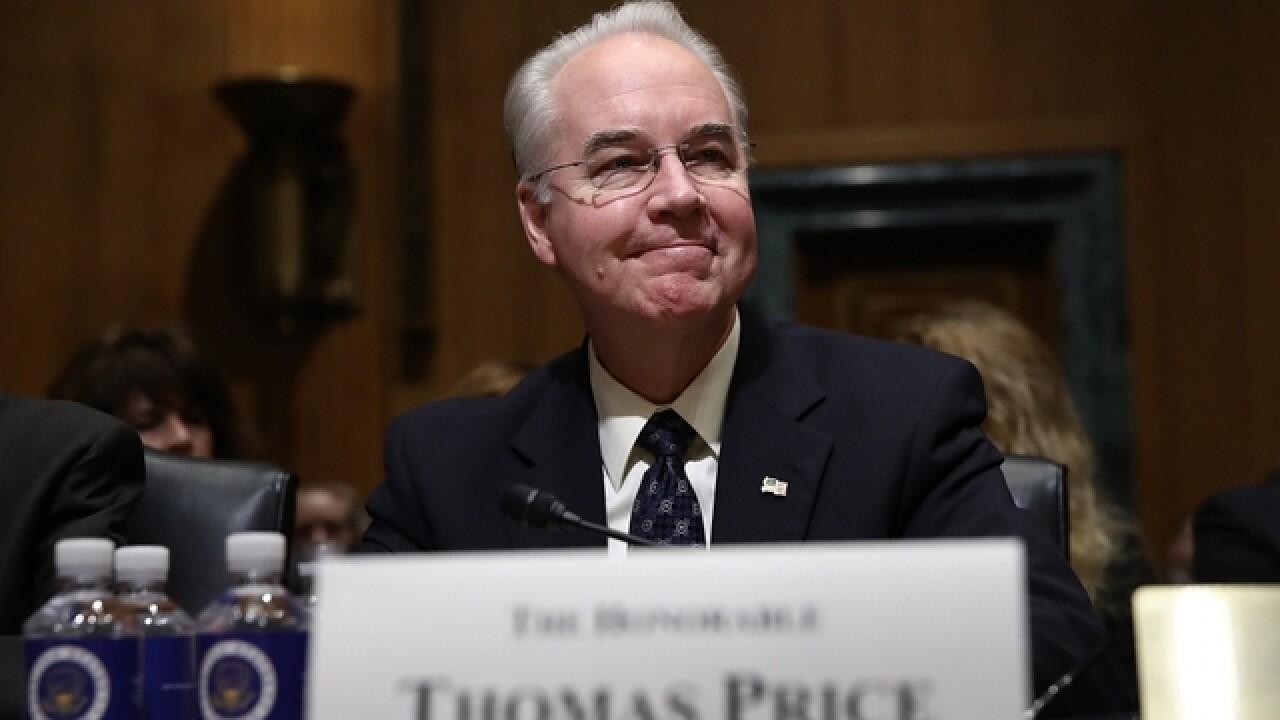 WASHINGTON (CNN) -- Health and Human Services Secretary Tom Price said Sunday that the House Republican health care plan President Donald Trump supports will not leave anybody worse off.
"Nobody will be worse off financially in the process that we're going through," Price said on NBC's "Meet the Press."
The former Georgia congressman also said that a lot of people were "worse off right now" due to poor insurance plans and high deductibles.
"What we want to do is to put in place a system that will allow for folks to select the coverage that they want," Price said.
The Republican bill has come under significant fire from both sides of the aisle since it was unveiled last week. Many conservatives have dubbed it "Obamacare Lite," a label Price disputed.
The American Health Care Act, as the bill is officially known, has yet to be scored by the Congressional Budget Office, but many, including House Speaker Paul Ryan, have said they think the CBO estimate, expected as soon as Monday, will show that the plan would reduce the number of insured, although Ryan argued that wasn't necessarily a bad thing because it reflected economic freedom.
However, Price said he felt otherwise about the actual number of people who would have health coverage if the plan goes in effect.
"In fact, I believe, again, that we'll have more individuals covered," Price said.
After Price's remarks aired, Breitbart News posted a piece on his comments under the headline, "Upcoming lie of the year?"
The multifaceted GOP proposal is geared towards repealing replacing much of the Affordable Care Act, commonly known as Obamacare.
It would repeal Obamacare's individual mandate, which requires all people to have health care coverage or face a fine. The House GOP bill replaces this mandate with a surcharge for gaps in insurance coverage.
Asked what success under the bill would mean, Price offered an optimistic preview, saying, "It means more people covered than are covered right now, and at an average cost that is less, and I believe we can firmly do that with the plan that we've laid out there."
The-CNN-Wire
™ & © 2017 Cable News Network, Inc., a Time Warner Company. All rights reserved.
KNXV