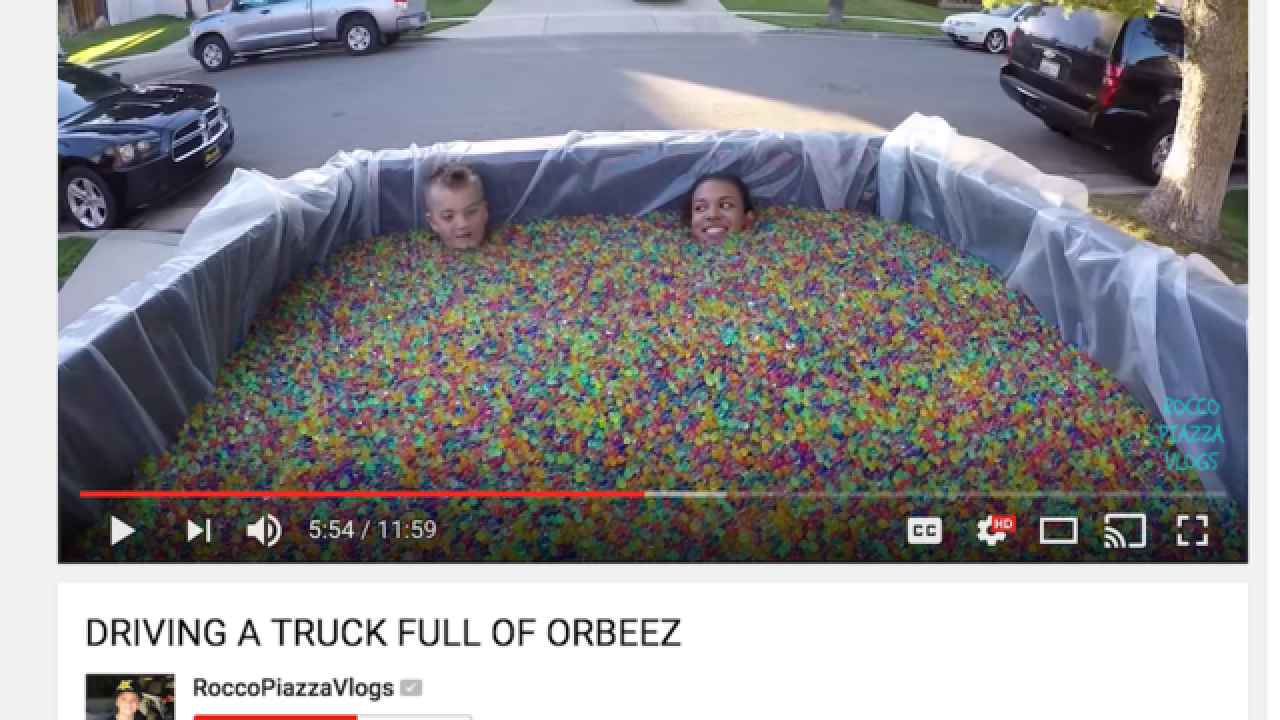 Youtube / RoccoPiazzaVlogs
<p>This screenshot shows part of the popular Youtube video "Driving a truck full of Orbeez," which led to an arrest for child endangering.</p>

CORONA, Calif. (AP) — A video on a popular YouTube channel of a boy riding in the bed of a pickup truck filled with beads in Southern California led to the arrest of his mother on suspicion of child endangerment.

The video titled "Driving a truck full of Orbeez" was posted on the YouTube channel RoccoPiazzaVlogs, which has 1.4 million subscribers.

It shows the boy, Rocco Piazza, and his nanny buried up to their necks in water and Orbeez, soluble beads that swell in water, sloshing back-and-forth as the truck drives around.

Corona police saw the video and arrested and cited the boy's mother and fiance, 45-year-old Holly Piazza and 37-year-old Brian Chase, for misdemeanor child endangerment. They were also cited for illegally dumping the beads in the road.

Holly Piazza tells KABC-TV that she told police "it was just five minutes of a stupid parent choice."