Pompeo announces reversal of longstanding US policy on Israeli settlements 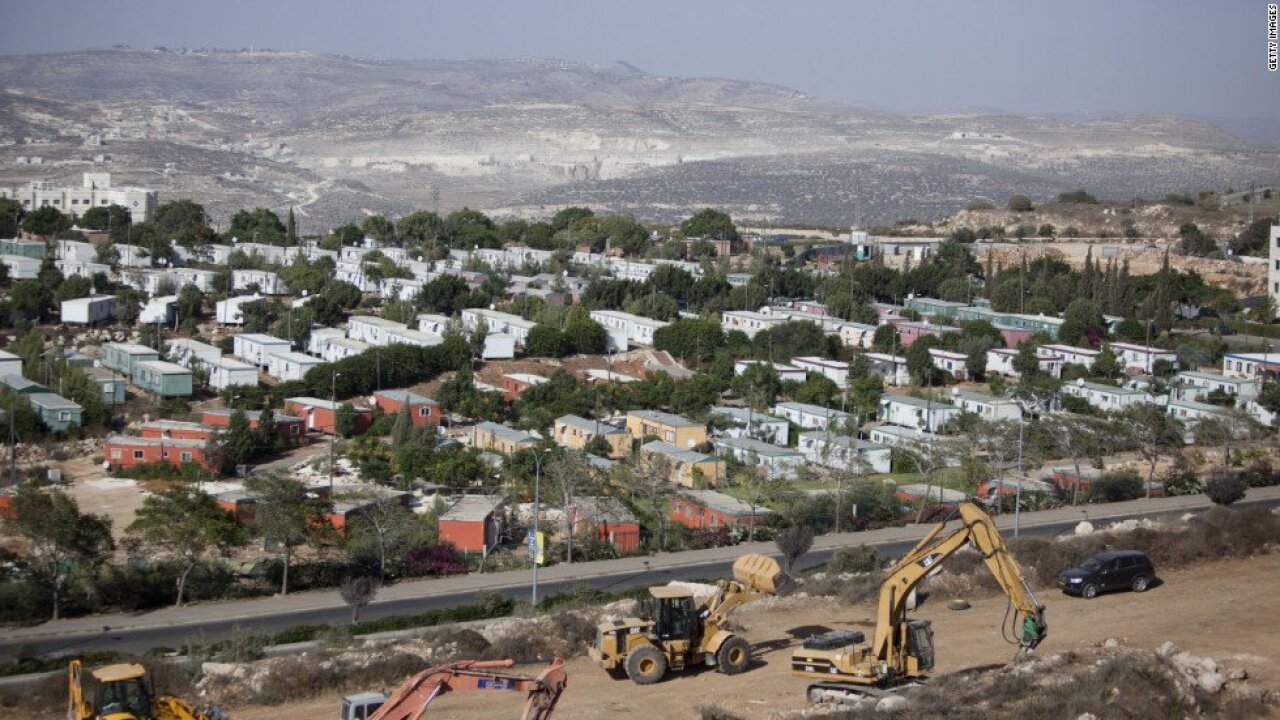 US Secretary of State Mike Pompeo on Monday announced a major reversal of the US' longstanding policy on Israeli settlements in the occupied West Bank , rejecting a 1978 State Department legal opinion that deemed the settlements "inconsistent with international law."

"After carefully studying all sides of the legal debate... the establishment of Israeli civilian settlements in the West Bank is not, per se, inconsistent with international law," Pompeo said, citing President Ronald Reagan's 1981 assessment that the settlements were not "inherently illegal."

Pompeo said the US government is "expressing no view on the legal status of any individual settlement" or "addressing or prejudging the ultimate status of the West Bank."

He said the conclusion was "based on the unique facts, history and circumstances presented by the establishment of civilian settlements in the West Bank."

The new US position was swiftly repudiated by the European Union, with diplomats noting President Donald Trump's desire to woo evangelical voters and privately saying the move reflects a US willingness to "give the finger" to international law.

And even as Pompeo tried, misleadingly, to present the move as continuation of a previous president's policies, the State Department tacitly recognized the disruption the shift could cause by issuing a sweeping travel warning for all US government facilities, US private interests and US citizens in the West Bank, Gaza and Jerusalem.

Pompeo tried to suggest that the Trump White House was simply echoing an earlier stand by Reagan, saying, "This administration agrees with President Reagan." But the Trump administration is going significantly farther.

Since President Jimmy Carter, no president has described Israeli settlements as "illegal," preferring to refer to them as "obstacles to peace" or "illegitimate," but no president, including Reagan, reversed the 1978 State Department finding.

The EU was quick to issue a statement, emphasizing that their "position on Israeli settlement policy in the occupied Palestinian territory is clear and remains unchanged: all settlement activity is illegal under international law and it erodes the viability of the two-state solution and the prospects for a lasting peace."

The EU called "on Israel to end all settlement activity, in line with its obligations as an occupying power."

Two senior European diplomats in the region told CNN the announcement showed contempt for international law, one calling it a "shameful decision that highlights the extent to which the Trump administration has departed from international consensus and is willing to give the finger to international law."

It would be received by Palestinians "as further evidence that the Trump Administration is already implementing the so-called 'Deal of the Century' and is beholden to Israel's right-wing settler movement and to certain Christian Evangelical groups in the United States that unquestioningly support the Israeli right," the European diplomat continued.

In contrast, Pompeo's announcement was hailed by embattled Israeli Prime Minister Benjamin Netanyahu, who faces possible criminal indictment in three corruption probes, as well as being involved in a fight to remain Israel's leader, after inconclusive elections two months ago.

"Today, the United States adopted an important policy that rights a historical wrong when the Trump administration clearly rejected the false claim that Israeli settlements in Judea and Samaria are inherently illegal under international law," Netanyahu said.

Netanyahu welcomed Pompeo's assertion that it should be up to Israeli courts to decide on legal questions regarding West Bank settlements, saying, "Israel's legal system, which has proven itself fully capable of addressing legal questions related to the settlements, is the appropriate place for these matters to be adjudicated - not biased international forums that pay no attention to history or facts."

Saeb Erekat, secretary general of the Palestine Liberation Organization (PLO) Executive Committee, has condemned Pompeo's announcement on West Bank settlements as marking another attempt by the Trump administration "to replace international law with the 'law of the jungle.'"

"Israeli settlements steal Palestinian land, seize and exploit Palestinian natural resources, and divide, displace and restrict the movement of the people of Palestine. In sum, Israel's colonial-settlement enterprise perpetuates the negation of the Palestinian right to self-determination," he added.

Erekat called on the international community to "take all necessary measures to respond [to] and deter this irresponsible US behavior."

Shibley Telhami, a professor at the University of Maryland, said the administration has been removing every frame of reference that has been used to address this conflict over the decades. What that means, Telhami said, is that when Pompeo declares the Trump administration policy simply recognizes "realities," it is rewarding the stronger party.

"In essence it's just saying the powerful win and the weak party loses, there's no reference to legality or justice, it's all about who is powerful, who controls," Telhami said. "Think about the signal that sends the rest of the world."

Shortly after the announcement Monday, the State Department's Overseas Security Advisory Council shared a security alert for Jerusalem, Gaza and the West Bank, noting that there may be retaliation in reaction to the news.

"U.S. citizens should carefully consider risks to their personal safety and security at sites and events that are potential targets," the warning continued, mentioning that US citizens in the West Bank, Gaza, and Jerusalem "should avoid non-essential movements and events that attract attention." U.S

The US government does not allow officials to travel to the West Bank.

An administration official said the State Department has been working toward this decision for nearly a year in coordination with the White House team working on an agreement between Israel and the Palestinians, which is led by Trump's son-in-law Jared Kushner and includes US Ambassador to Israel David Friedman.

Friedman and Kushner were supporters of Israeli settlements before the Trump administration took power.

The official said the move does not change the administration's position that continued settlement construction is not conducive to Israeli-Palestinian peace.

The administration first planned to make the announcement last week, but held off amid an exchange of fire between Palestinian militants in Gaza and Israel, the official said.