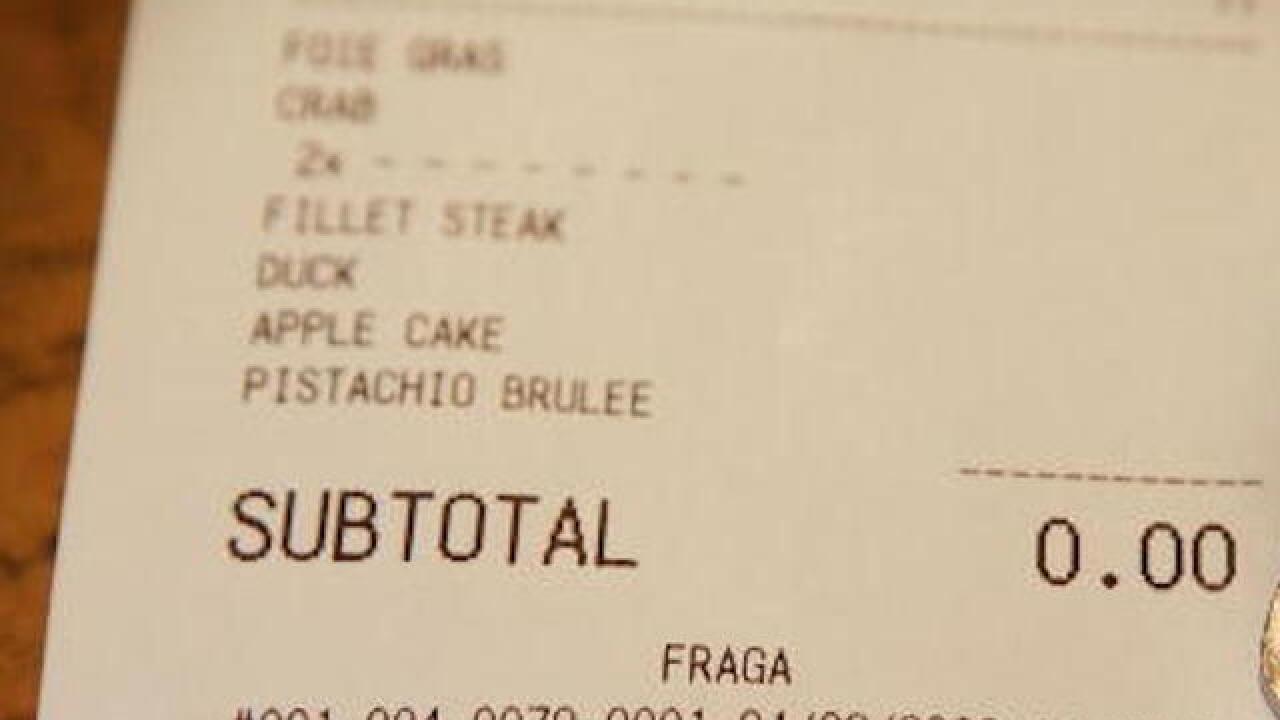 Peter Macdiarmid
<p>LONDON, ENGLAND - FEBRUARY 04: A bill at the Little Bay Restaurant shows no total cost for food on February 4, 2009 in London, England. The Little Bay Restaurant has been open for seven years and this month customers are invited to pay as little or as much as they think the food and service is worth. Drinks are not included in the deal. (Photo by Peter Macdiarmid/Getty Images)</p>

A group of police officers’ simple but powerful gesture may go a long way to improving relations in their Pennsylvania community.

On Saturday, a group of police officers were eating dinner at a Eat'n Park restaurant in Homestead, Pennsylvania, a town just outside of Pittsburgh. When a hostess tried to sit a couple at a table next to the officers, they refused and asked to be sat on the opposite side of the restaurant.

"I looked over and said, 'It's okay sir. You won't have to worry about it, we won't hurt you," Homestead police officer Chuck Thomas told WTAE . "He looked at me hard again and said he’s not sitting here and walked away."

Amid heightened tensions between police and those they protect, the officers opted to make a statement, and pay for the couple’s meal. The officers paid the $28.50 bill, and even included a $10 tip.

Homestead officers pay bill of couple who refused to sit next to them at restaurant https://t.co/Isz7Y8v00B pic.twitter.com/7wWbbKYh95

The police officers included a message on the paid check.

"Sir, your check was paid for by the police officers that you didn't want to sit next to. Thank you for your support. I left a $10.00 tip too."

"Essentially the whole goal of it was to let him know that we’re not here to hurt you, we’re not here for that," Thomas said. "We’re here for you. We work for the public. And we just want to better the relationship between the community and the police."