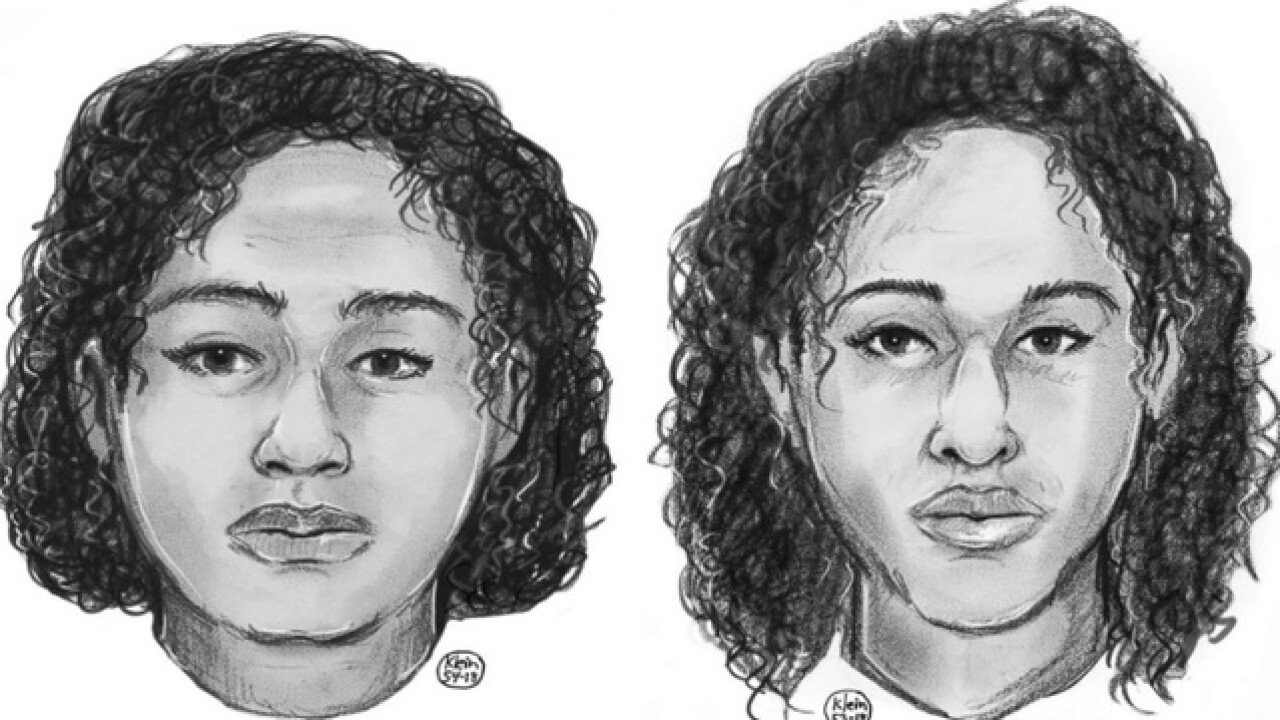 Copyright 2018 Scripps Media, Inc. All rights reserved. This material may not be published, broadcast, rewritten, or redistributed.
NYPD

After two women were found dead floating along the Hudson River off of Manhattan's Upper West Side Wednesday, authorities are releasing composite sketches in the hopes of identifying them.

The unknown women -- believed to be in their 20s -- were bound together with duct tape, according to police.

The working belief among investigators is the women wanted to end their own lives, taped themselves together and jumped into the water, according to police source.

A medical examiner will determine their causes of death, police said.

The bodies were spotted near 68 Street and Riverside Park Wednesday afternoon by a passerby who called 911, the New York Police Department said.

The women, who were laying on rocks near the river, had no obvious signs of trauma, the responding officers said.

The bodies are believed to have washed ashore with the tide and stayed when the tide went out, according to police.

Both women are described as being 25 to 30 years old. Each have a medium build, medium skin tone and shoulder-length dark curly hair, police said.

Both women stand at about 5-foot-3 to 5-foot-6 and were wearing a black jacket with fur trim and black leggings, police said.