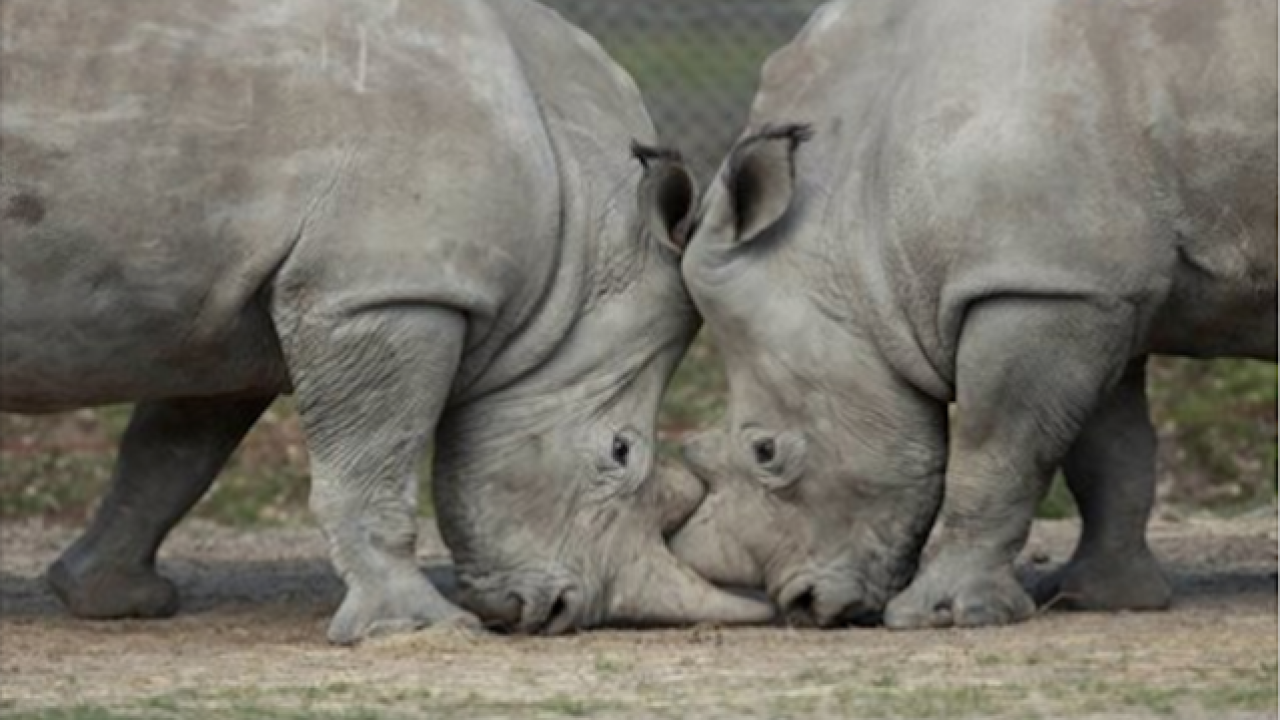 Copyright 2017 Scripps Media, Inc. All rights reserved. This material may not be published, broadcast, rewritten, or redistributed.
<p>Vince, a 4-year-old rhino from the Thoiry Zoo in France, was killed by poachers Monday evening. (Thoiry Zoo, Facebook)</p>

Poachers snuck into a Paris zoo on Monday evening, killing a young rhinoceros and stealing its horn.

The 4-year-old white rhino named Vince was found Tuesday with three bullet wounds in its head, a missing horn and a mutilated second horn.

Zookeepers suspect poachers broke into the Thoiry Zoo after hours and forced their way into the rhino enclosure with the hopes of stealing the horns and selling them on the black market. Zookeepers suspect the poachers ran out of time or experienced an equipment failure before they could remove Vince’s second horn.

The poachers were able to kill the animal despite a number of security cameras and at least five zoo staff members being on the premises at the time.

Investigators are still trying to determine what kind of gun was used to kill Vince.

According to The Independent , rhinoceros horns can sell for as much as $42,000 on the black market. Rhino horns are said to have special medicinal powers in Chinese culture.

Vince’s killing is believed to be the first time in Europe that poachers have killed an animal in captivity.

The Thoiry Zoo wrote an extensive post on its Facebook page, outlining the details of the incident.