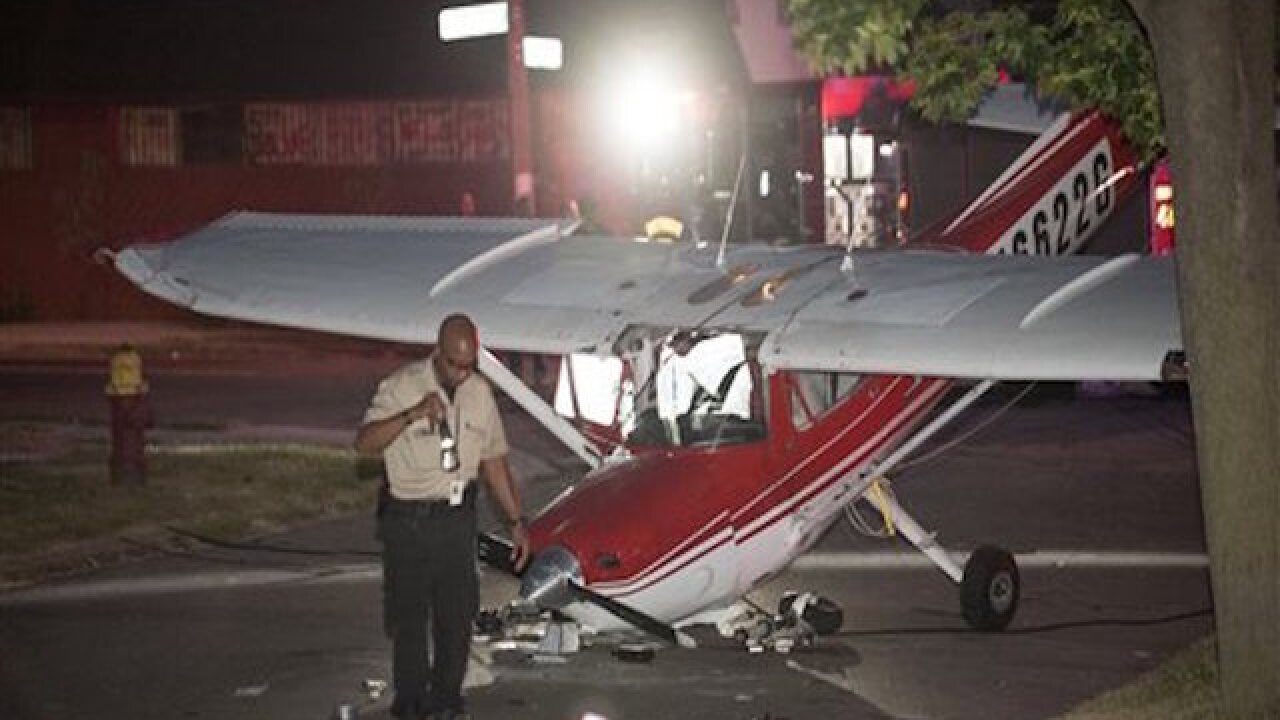 Copyright Associated Press
John T. Greilick
<p>A small airplane sits crashed in the middle of the intersection at Shoemaker and Cooper streets on the east side of Detroit, Michigan on Monday, June 27, 2016. The plane had been trailing a banner over crowds gathered for a fireworks display when it crash-landed in a Detroit residential street, injuring the pilot and a bystander who was electrocuted by a power line that the aircraft brought down, authorities said. . (John T. Greilick/The Detroit News via AP)</p>

DETROIT (AP) — A small plane that had been trailing a banner over crowds gathered for a fireworks display crash-landed in a Detroit residential street, injuring the pilot and a bystander who was electrocuted by a power line that the aircraft brought down, authorities said.

Early reports by police suggested the plane had to land Monday night because it was running out of fuel. The pilot reported engine failure, Federal Aviation Administration spokesman Tony Molinaro said Tuesday, and he anticipated it would take a few weeks to investigate the crash.

"I was walking up the street here, and then all of a sudden, a plane was just a little too low and it actually hit poles and a wire here," witness Dondra Mainor told WDIV-TV.

The plane flew out of Coleman A. Young International Airport, Molinaro said. Located near the crash site on Detroit's east side, the small airport also is known as City Airport.

The pilot suffered minor abrasions and was able to climb out of the plane. Detroit police spokeswoman Nicole Kirkwood told the Detroit Free Press that the woman on the ground who was electrocuted was in serious condition.

The Detroit News, citing city spokesman John Roach, reported the plane had been trailing a banner over crowds gathered for the annual fireworks. The plane came to rest with its nose on the pavement, just beyond a stop sign and near parked cars.

The Ford Fireworks is produced by The Parade Co. and included thousands of pyrotechnic effects visible for miles along the Detroit River between Detroit and Windsor, Ontario. It's the event's 58th year. Dearborn-based Ford Motor Co. has been the title sponsor since 2013.