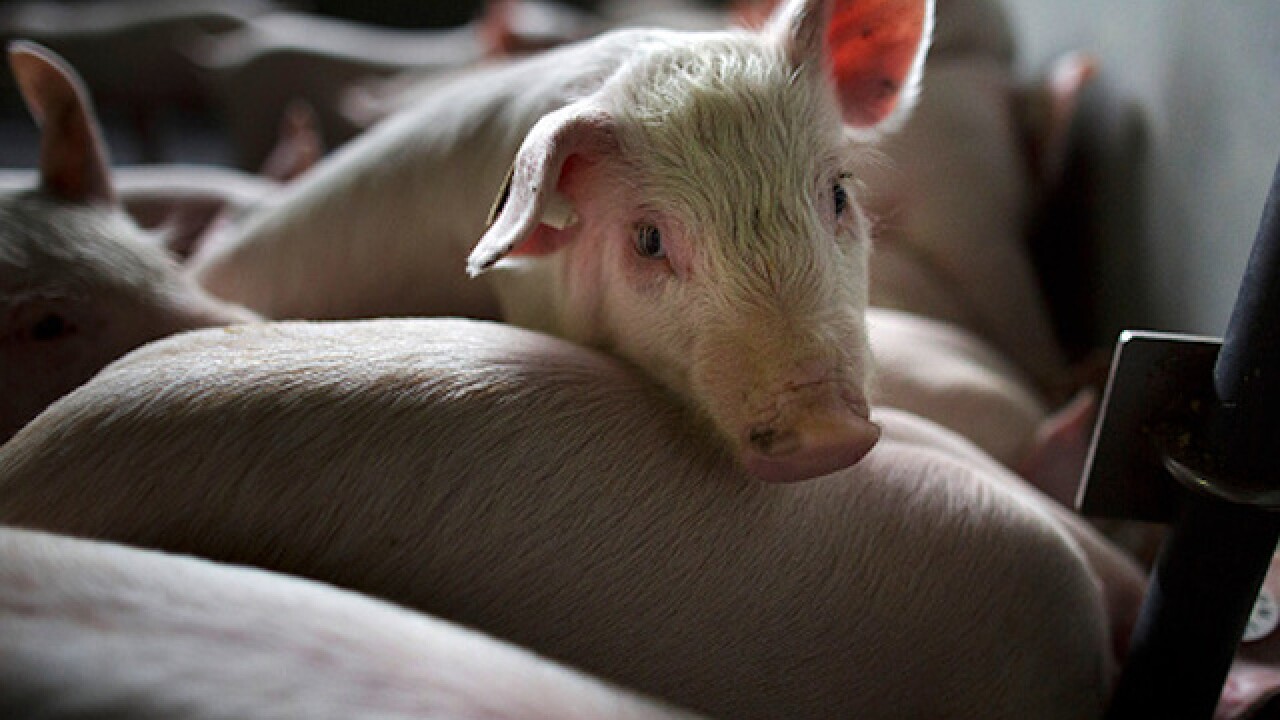 STRATHAM, N.H. (AP) — A pot-bellied pig that survived a butcher and an escape from an adoptive home is getting a new family.

The 3-year-old pig named Missy first arrived at the New Hampshire Society for the Prevention of Cruelty to Animals in February. Her family could no longer take care of her, and she had even ended up with a butcher at some point.

In April, a Massachusetts family with other pigs adopted her, but it didn't work out and she ran away. She returned to the Stratham shelter after a week.

The shelter's adoption counselor said Tuesday that a New Jersey family with two pigs saw an online posting for her through a site called the Pig Placement Network.

They adopted her last week. The counselor told them, "You've made my year!"