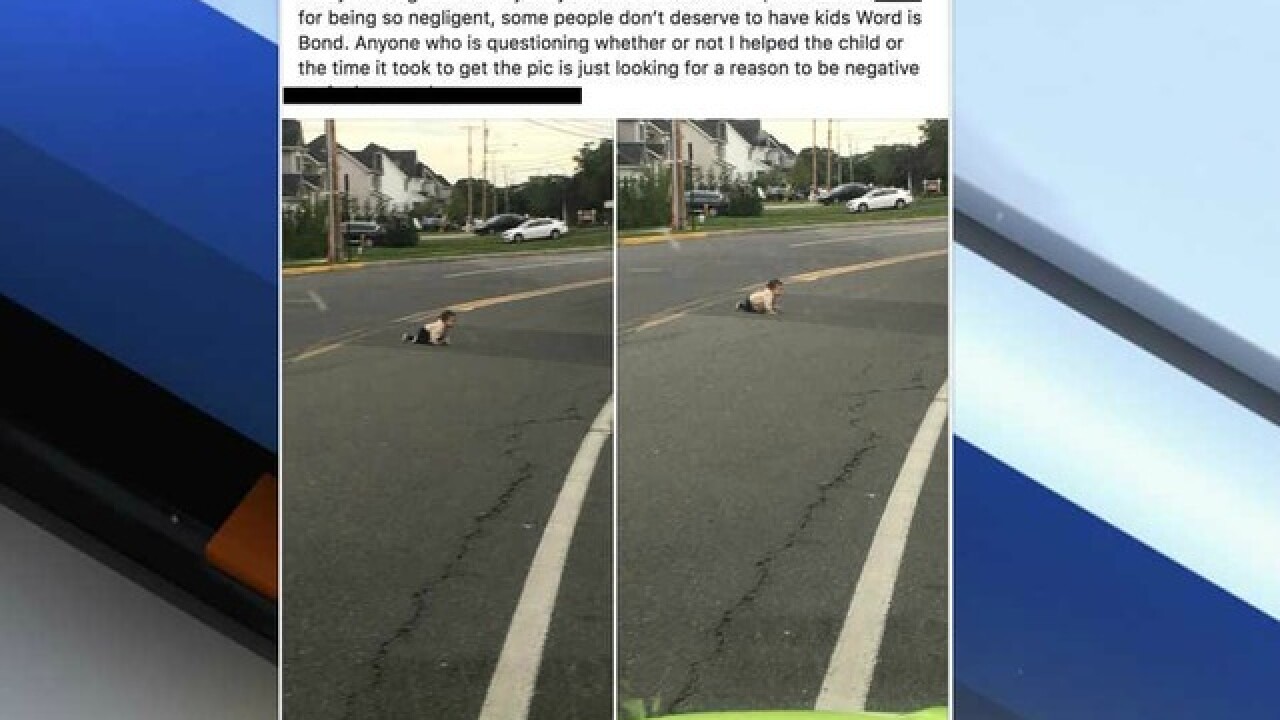 Copyright 2018 Scripps Media, Inc. All rights reserved. This material may not be published, broadcast, rewritten, or redistributed.
Facebook

Authorities say a baby girl found crawling across a busy New Jersey street was unharmed after a neighbor and passing motorist came to her aid.

The child was spotted around 5 p.m. Saturday in Lakewood, in southern New Jersey.

The motorist, 41-year-old Cory Cannon of Eatontown, told the Asbury Park Press he saw the girl on Joe Parker Road and initially thought she was a toy. But when he saw the child moving, he got out of his car to stop traffic.

At that same time, a neighbor got the baby and returned the child to her home. It wasn't clear how she ended up on the roadway or how long she had been there.

Authorities say the case is being investigated.