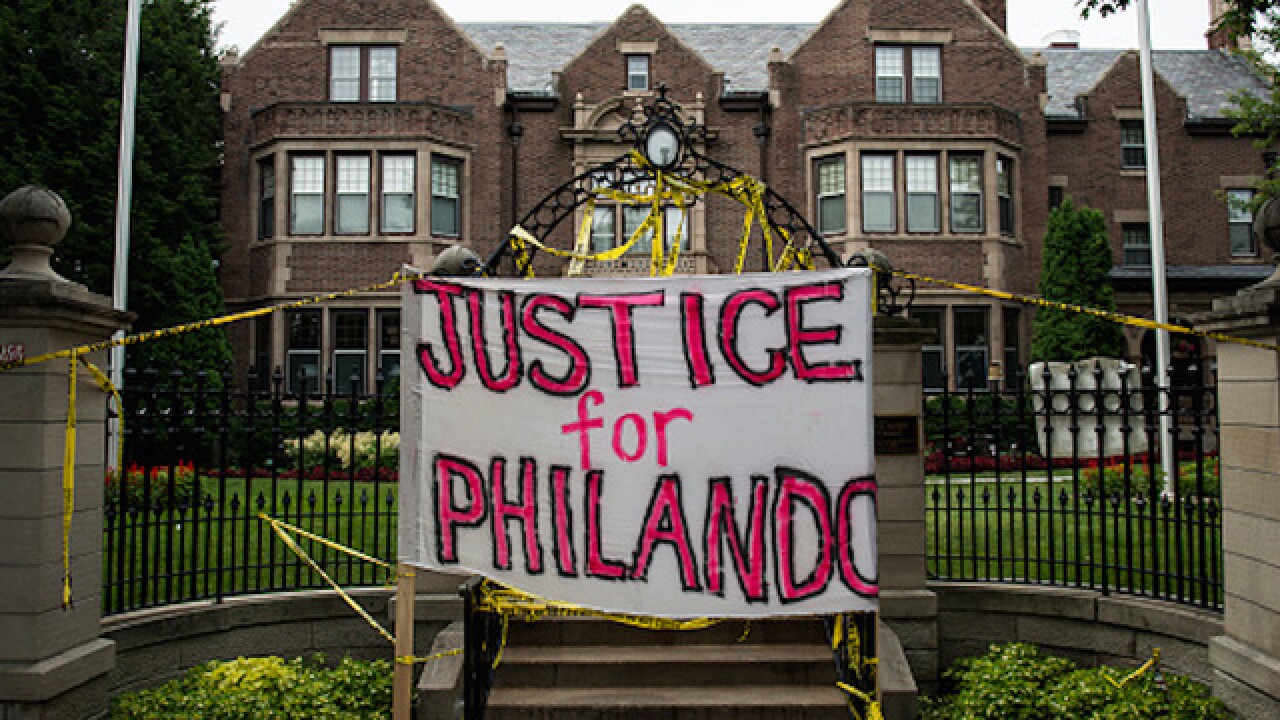 Stephen Maturen
<p>ST. PAUL, MN - JULY 07: A sign reading, "Justice for Philando," and police tape are draped over the entrance of the Governor's Mansion following the police shooting death of a black man on July 7, 2016 in St. Paul, Minnesota. Philando Castile was shot and killed last night, July 6, 2016, by a police officer in Falcon Heights, MN. (Photo by Stephen Maturen/Getty Images)</p>

MINNEAPOLIS (AP) — A lawyer for a Minnesota police officer who shot a black driver has said his client thought he was approaching someone who resembled a suspect in an armed robbery — an assertion that could be pivotal as investigators review how the deadly traffic stop went down.

But outside observers say that claim raises some questions. Among them: If the officer suspected Philando Castile in the robbery, why didn't he treat the traffic stop as a potentially dangerous situation?

"There's something inconsistent about what happened here," said Albert Goins, a Minnesota attorney who is not representing anyone in the case. "That inconsistency has got to be answered."

St. Anthony police officer Jeronimo Yanez shot Castile on Wednesday in the St. Paul suburb of Falcon Heights. Castile's death — and another police shooting a day earlier in Baton Rouge, Louisiana, that also left a black man dead — prompted protests around the country, including in Dallas where five officers were killed and several more were wounded Thursday. Protesters have been camped out in front of the Minnesota governor's mansion for days, demanding justice, while dozens were arrested after a weekend march shut down a 6-mile stretch of freeway.

Yanez's attorney, Thomas Kelly, told the Star Tribune that his client thought Castile looked like someone police had been seeking in a recent armed robbery. On Monday, Kelly told The Associated Press that he could not comment further.

Castile's girlfriend, Diamond Reynolds, was in the car along with her 4-year-old daughter, and Reynolds streamed the gruesome aftermath of the shooting live on Facebook. In the video, Reynolds describes being pulled over for a "busted tail light."

Reynolds told reporters last week that her boyfriend was shot as he told the officer he had a permit to carry and was currently armed while he reached for his wallet. She said Castile was having difficulty getting to his wallet and that his gun was in a holster in his pants.

Kelly told the AP on Saturday that a broken tail light wasn't the only reason for the stop. He said Yanez, who is Latino, was reacting to seeing the gun, not to Castile's race. He did not elaborate.

Goins, an attorney who assisted the Castile family after the shooting but is not representing anyone in the case, said if Yanez and Kauser believed they could be stopping the robbery suspect, they should have approached the car differently: using lights, sirens and a public address system while they took cover and ordered the occupants to the ground at gunpoint.

"There's a procedure every police officer I've ever run across knows about, called a felony stop," Goins said. "They take people out of the car before they start to ask questions. They want to be cautious because the circumstances merit caution."

Court records reviewed by the AP show Castile had no felony record but had been pulled over dozens of times since 2002 for a variety of minor offenses including speeding, driving without a muffler and not wearing a seat belt.

Yanez has four years of experience as an officer in St. Anthony, a predominantly white St. Paul suburb whose department also patrols Falcon Heights, where Castile was pulled over when he was shot.

The day before the shooting, state police released a bulletin seeking the public's help finding a pair of black men who held up a convenience store less than 2 miles down the same street from where Yanez stopped Castile, in an area also patrolled by St. Anthony police. The men stole cash and cigarettes at gunpoint.

The alert for the July 2 robbery described one of the suspects as having longer dreadlocks and possibly a moustache, and the second as having shoulder-length dreadlocks, a small moustache and some hair on his chin.

Castile had a goatee, which is visible in the video his girlfriend streamed, and dreadlocks.

In Reynolds' video, a clearly distraught person who appears to be a police officer stands at the car's window, tells Reynolds to keep her hands up and says: "I told him not to reach for it. I told him to get his hand out."

"You shot four bullets into him, sir. He was just getting his license and registration, sir," Reynolds calmly responds.

In an interview Monday on MSNBC-TV, Reynolds said she decided to pull out her cellphone and hit record because she knew "it was going to be law enforcement's word over mine."

"I'm a nobody. And I felt by the police doing what they did, the only way to get my word justified ... was to post the video," she said.

Yanez and Kauser have been placed on leave, as is standard practice when officers are involved in shootings. Kauser's race hasn't been released.