PETA asks that golfer change his nickname from 'Beef' to 'Tofu' 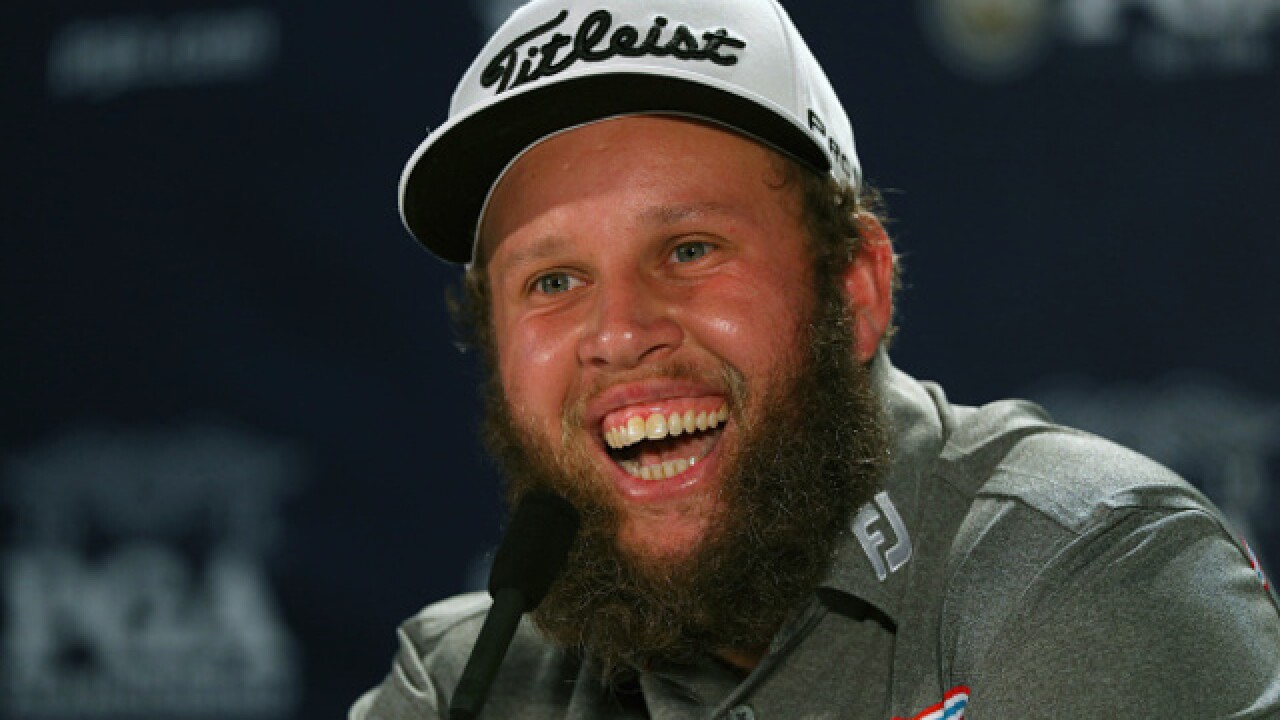 Scott Halleran
<p>SPRINGFIELD, NJ - JULY 27: Andrew Johnston of England is interviewed during a press conference prior to the 2016 PGA Championship at Baltusrol Golf Club on July 27, 2016 in Springfield, New Jersey. (Photo by Scott Halleran/Getty Images)</p>

PETA is asking a British golfer to change his nickname to a "healthier" option.

Andrew Johnston, a golfer on the European Tour, as gone by “Beef” since he was a kid. His nickname has become so iconic that it’s even landed him an endorsement deal with Arby’s (corporate slogan: “We have the meats.”).

But PETA UK has offered Johnston an alternative nickname: “Tofu.”

“Your new nickname would also raise awareness of the urgent need to move towards a cruelty-free lifestyle to offset the worst effects of climate change,” PETA’s letter reads. “...I hope you’ll agree that going vegan is a hole in one for your health, animals, and the environment.”

Johnston, who recently picked up his first tour win and finished eighth at the British Open Championship in July, isn’t buying it — despite PETA’s enticing gift of “delicious vegan steaks and burgers.”

???. It's my name basically so won't change https://t.co/JlatdyrELX

PETA”s full letter to Johnston can be read below.

Congratulations on all your success this year! Like many others, we’ve been enthusiastically following your career, and we thought we’d send you a gift of delicious vegan steaks and burgers in the hope that you’ll consider adopting a kinder, healthier vegan lifestyle, which would pave the way for a new nickname: Andrew “Tofu” Johnston.

Along with tofu, veggie burgers and soya steaks are readily available, high in protein, and low in artery-clogging saturated fats and cholesterol. By ditching beef and other animal-derived foods, you could reduce your risk of developing heart disease by a long shot (actually, by a whopping 32 per cent, according to a study from the University of Oxford). And if that’s not enough, consider that vegetarians and vegans live, on average, six to 10 years longer than meat-eaters do. Just think how many more championships you could win during that time. Replacing beef burgers with bean burgers would also save many animals a year from the routine cruelty of the meat industry – including painful mutilations such as branding and castration without anaesthetics.

Your new nickname would also raise awareness of the urgent need to move towards a cruelty-free lifestyle to offset the worst effects of climate change. According to the United Nations, animal agriculture is “one of the top two or three most significant contributors to the most serious environmental problems, at every scale from local to global”.

I hope you’ll agree that going vegan is a hole in one for your health, animals, and the environment.