People are floating to relieve stress during the COVID-19 pandemic

People are floating to relieve stress during the COVID-19 pandemic 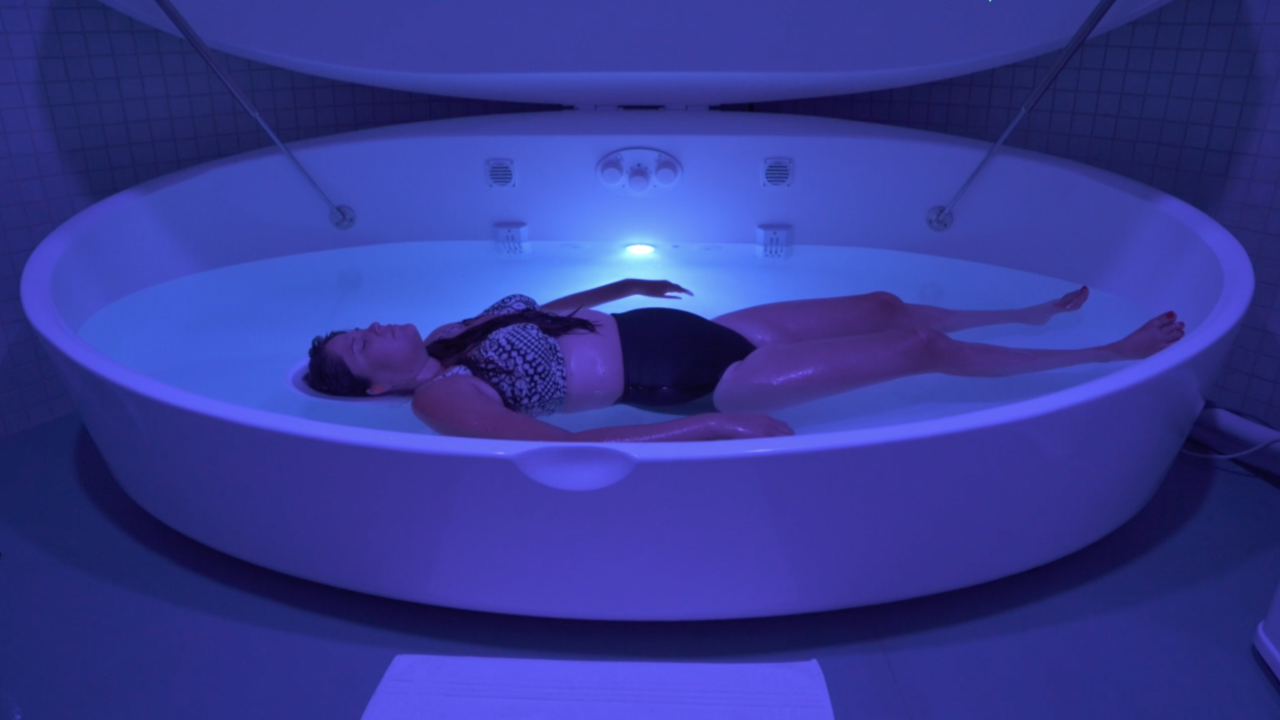 In a room of blue serenity, Amelia Moutin prepares for 90 minutes of what she describes as a completely unique sensation.

“I think if you let yourself go, it takes about 30 minutes, and then once you kind of settle in and let your mind and body meld together, it’s such a euphoric-relaxation experience that is like none other,” Moutin described.

The practice is called floating.

“Technically, you lay in 10 inches of water, and 1,100 pounds of Epsom salt. And so, with the buoyancy of the salt, you float right on top of the water,” Samana Float Center owner Heather Clift said.

Another term for it is sensory deprivation. The 94-degree water makes it challenging to know where your skin and the water meet creating a feeling of weightlessness. Clift says it was created by a gentleman named John C. Lilly in the early 1950s.

“Sensory deprivation is where we void you of all of your senses, so with no light and no sound, there’s no smells in the float tank and there’s no real feeling,” Clift said.

Moutin has been floating for a year now, and she tries to go once a month.

“It’s kind of like floating in your own little ocean, but you have no fear at all. There’s no sharks, there’s no tide, there’s no possibility of drowning, so there’s literally nothing that can take away from the experience,” Moutin said.

With no distractions, Moutin says she’s able to completely let go, relieving herself from the stressors of life. According to Clift, floating can help people who live with anxiety, PTSD, high blood pressure and insomnia among many other things.

Clift says shutting down your nervous system causes your body to drop its cortisol levels and replace it with dopamine. Dopamine is the hormone that makes our body feel happy and satisfied. It also boosts your immune system.

Before the pandemic even started, Clift says the self-cleaning process of the tanks was already very effective at killing germs.

“So, if there was anything that could live in 1,100 pounds of Epsom salt, the hydrogen peroxide would cling to it, it would go through the filter, and the UV light would blow it up, so it is impeccably clean," Clift said.

However, in case that’s not enough, they’ve also started using ozone to clean all surfaces.

Clift says many people have made floating a priority this year because they need it now more than ever. Moutin agrees.

“Ultimately as a world, we’re experiencing a traumatic event together, and trauma creates stress and issues in our tissues as we like to say,” Moutin said.

Even if you don’t notice any physical health benefits, Clift says floating is a great way to relax.

“I tell you to take a nap on some water for 90 minutes. How often can you do that? It’s really a special thing. Everybody should float at least once in their life,” Clift said.