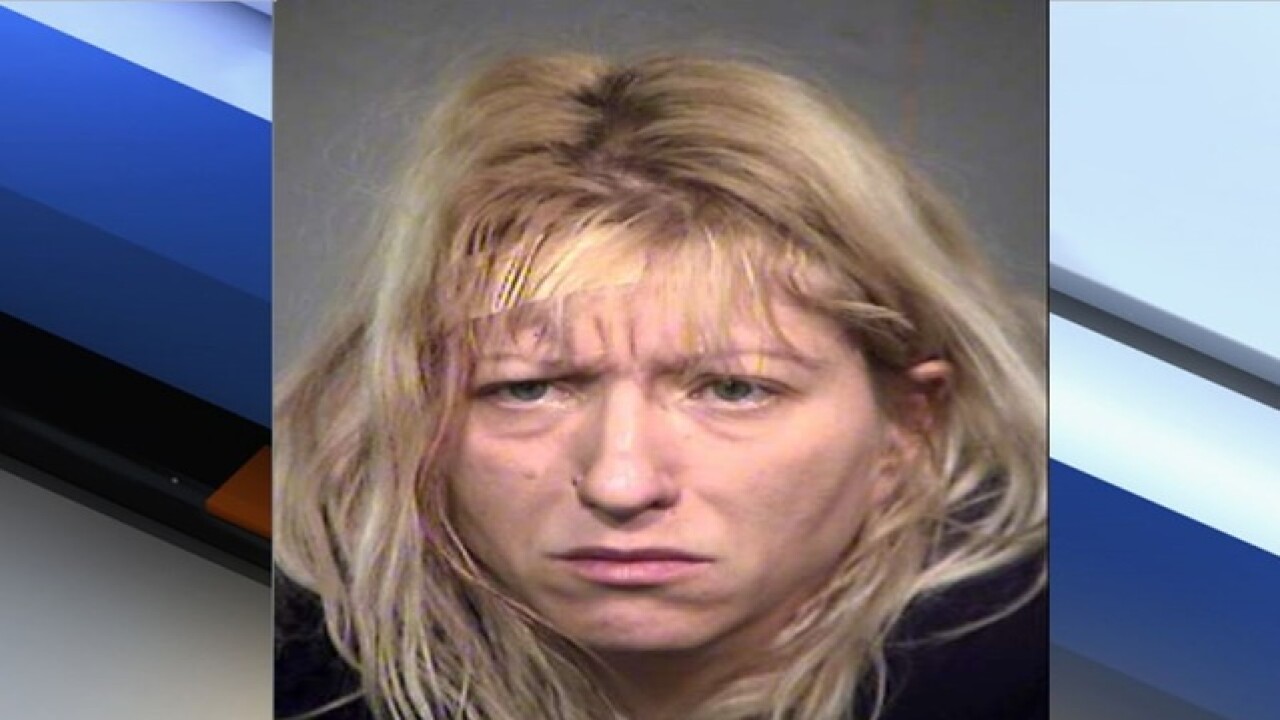 An Arizona woman is accused of setting her boyfriend’s motorcycle on fire.

Court records show that on January 3, Mesa police and firefighters went to a home for a shed fire.

Inside the storage shed, officials reportedly found a destroyed 2004 Springer Harley-Davidson motorcycle in addition to partially burnt and partially filled gasoline cans just outside the shed.

Initially, the suspect, 40-year-old Victoria Rae Mulle Gindhart, told police that the bike was abandoned by a former roommate and she was directed by her boyfriend to fill out an abandoned title form for it.

Police say they received permission to look through Gindhart's phone for information regarding the motorcycle.

As they looked through the phone, they reportedly found a text sent to her boyfriend saying, "U gotta see what I'm about to do."  The message was allegedly followed by a picture sent to him showing a "trail of fire leading to a storage shed." The picture was captioned, "The motorcycle (w)ell what's left of it, is leaving my house."

Gindhart reportedly later admitted to police that she set fire to the shed because she believed her boyfriend was cheating on her.

Police say the Harley is worth about $17,000, and there was also damage to nearby power lines.

Gindhart has been charged with arson and criminal damage.