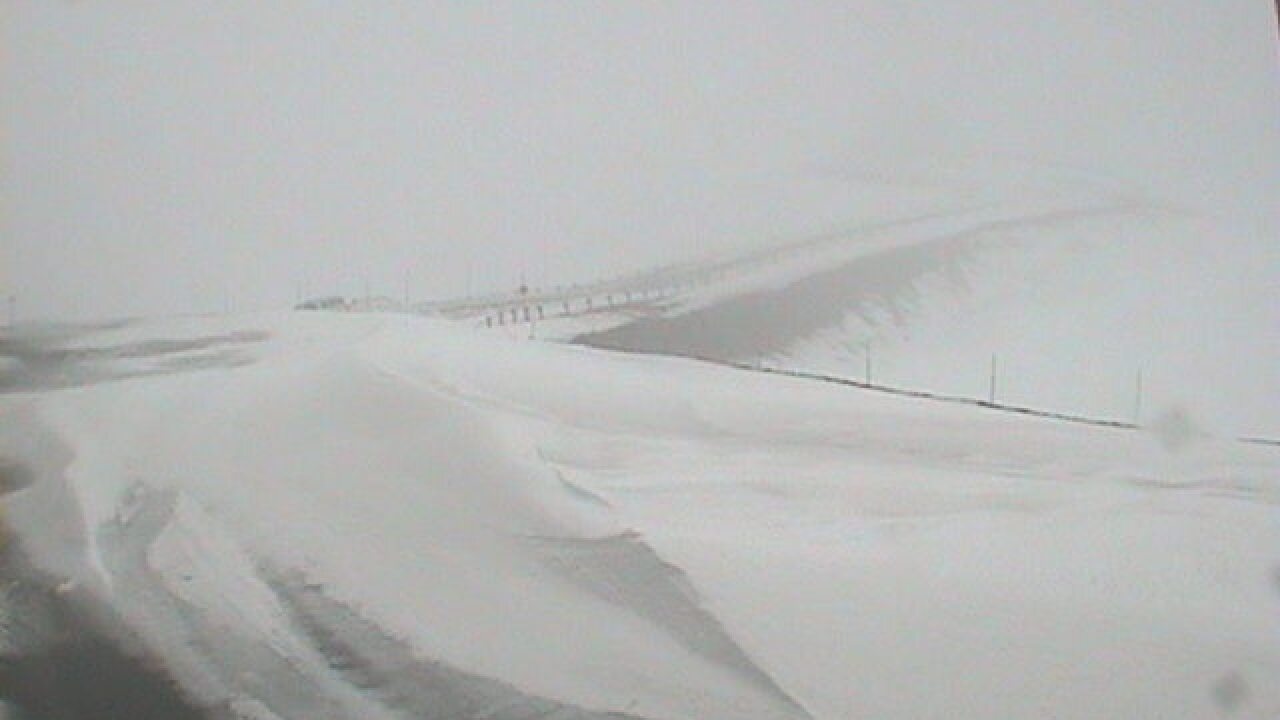 Parts of the Big Island of Hawaii were hammered by a major storm that left the area with several feet of snow, as the had up to 3-foot snow drifts following Saturday's storm.

The worst of the winter storm struck Mauna Kea, which has a top elevation of 13,803 feet.

According to Mauna Kea Weather Center meteorologist Ryan Lyman, the snow has been hard to measure due to roads being closed and winds creating large drifts.

Lyman added that the area is expecting more snow to come this week.

Despite the tropical latitude of Hawaii, snow is not unusual on Mauna Kea. While the storm was unusually large for the area, Mauna Kea frequently sees smaller snow storms.

"On average we get these type of events maybe once every two to three years," Lyman said.  "Sometimes it occurs multiple times a winter, particularly when under La Nina pattern.  It would be unusual to get this amount of snow during an El Nino pattern."

At lower elevations, parts of the island were under a flood watch. Hilo, the largest city on Hawaii Island, had more than 3 inches of rain since Saturday morning.

“That mountain (Mauna Kea) is almost 14,000 feet you’re rising up. Any time you have one of these thunderstorms develop, it’ll be snowing at the summit but raining down in Hilo,” National Weather Service meteorologist Leighanne Eaton told the Hawaii Tribune Herald.

The snow left the road leading to Mauna Kea's summit closed, as temperatures barely climbed above freezing following the storm.

Our SnowCast App for iPhone and iPad will help you see how many inches of snow could fall at your location over the next 48 hours. SnowCast will notify you up to 2 days before the snow is expected at locations important to you, your family or your work.

Get SnowCast App for your iPhone and iPad at the Apple App Store.