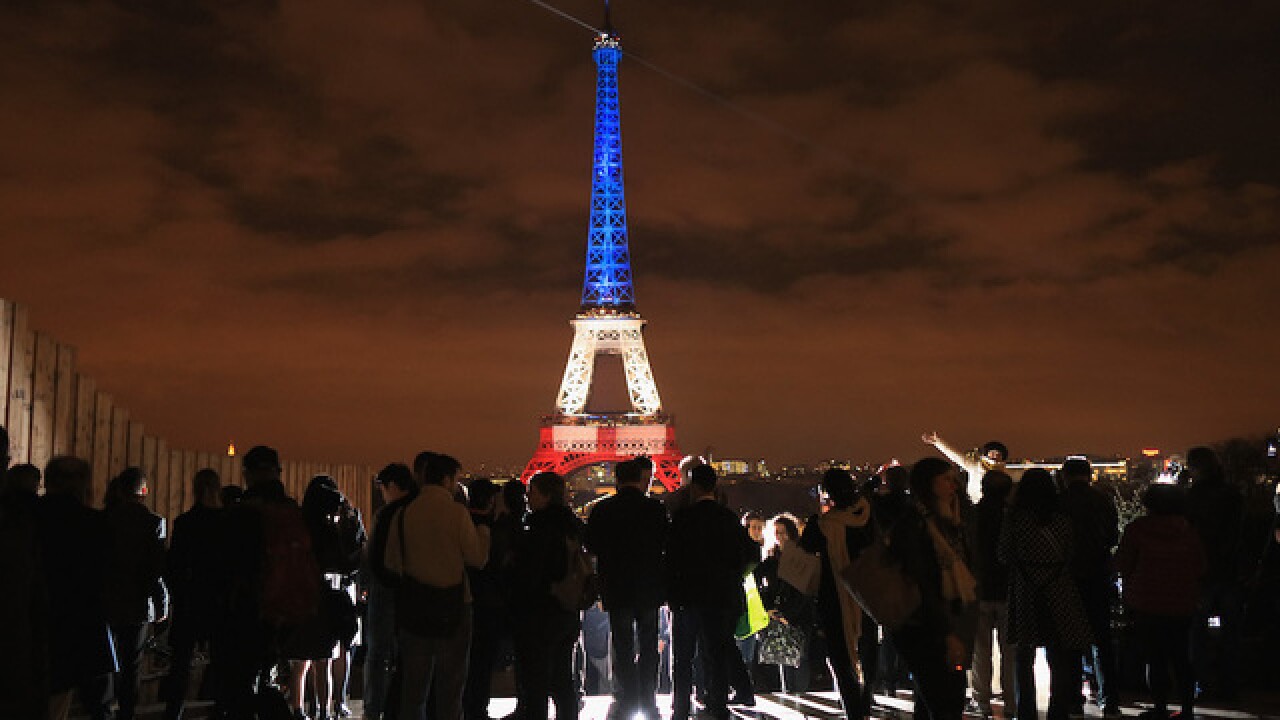 PARIS (AP) — A letter bomb exploded Thursday at the French office of the International Monetary Fund, lightly injuring one person, according to Paris police.

Staff from the IMF office were evacuated and armed military officers and police guarded the area, in a chic district of western Paris. The World Bank office in France is in the same compound.

A French police official, meanwhile, said a high school principal and two others have been shot by a 17-year-old student, and authorities believe there is no reason to suspect the attack is related to terror.

Police surrounded the area around the Alexis de Tocqueville school in the southern French town of Grasse. The official says in addition to the three wounded in Thursday's shooting, five other people are being treated for shock. None of the injuries is life-threatening.

The student has been arrested for possessing weapons.

The official said there did not appear to be any other suspects, although police are working to "remove all doubt." The official, from the national police, was not authorized to be publicly named.

For the explosion, is unclear who sent the homemade explosive, which was like a "big firecracker" and sent by regular mail, said Paris police chief Michel Cadot. He said the IMF office had received threatening phone calls in recent days but they were not necessarily linked to Thursday's incident.

IMF director Christine Lagarde, who is French, said in a statement that she was informed about the explosion while on a trip to Germany. "I condemn this cowardly act of violence and reaffirm the IMF's resolve to continue our work in line with our mandate," she said.

The secretary who opened the letter was injured by shrapnel in the face and hurt in the eardrum because of a "rather violent noise," the police chief said.

The French government has sent out an alert warning of an attack at the Alexis de Tocqueville high school in the southern French town of Grasse after local police reported that shots have been fired.Police searched all four floors of the building, Cadot said. No one else was injured and only light damages were incurred.

Thursday's incident came a day after a package arrived at the German Finance Ministry containing low-grade explosives, like those used in firecrackers. In the German incident, mailroom employees quickly identified the package as suspicious and called in experts, who destroyed it with a controlled explosion.

France remains in a state of emergency after a string of deadly Islamic extremist attacks over the past two years.