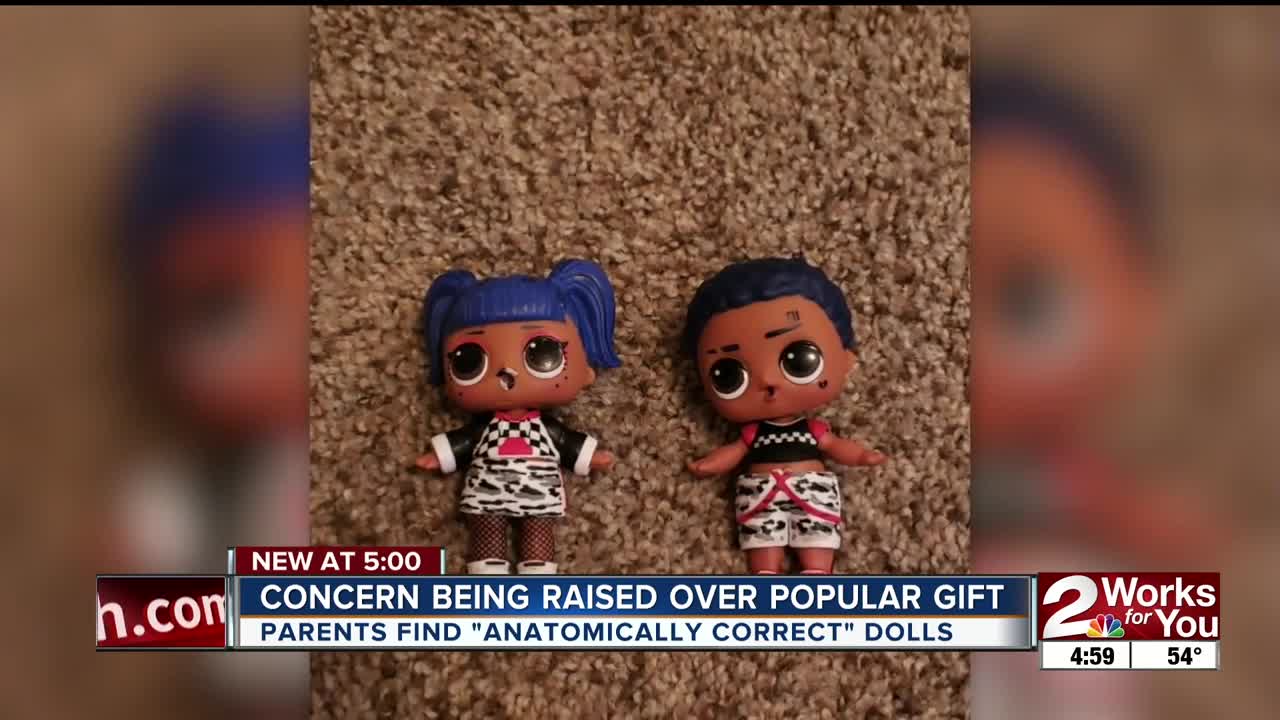 Parent are raising concern over a popular holiday gift.

One Oklahoma family said there was an unexpected feature on a male doll given to their daughter for Christmas.

Amy Rose bought her eight-year-old daughter the LOL Surprise Dolls for Christmas. She was playing with her new LOL Surprise dolls, which includes boys. That's when Rose's daughter noticed the dolls were anatomically correct. Rose said she was shocked. She said there was nothing on the box the toys came in saying the dolls would be that way. She's now going to be paying closer attention to her daughter's toys.

"You never know what your kids are going to come across, " Rose said. "I was shocked. I've bought these for several years for holidays and had no idea that I need to pay more attention to the dolls and things that I buy her. You just don't know what you're getting for your kids when you go to the store."

There has been a lot of controversy over the LOL Surprise dolls from other parents too.

The company that makes the dolls posted a caption on its Instagram saying: "Yes, our boy characters are anatomically correct. We embrace all body styles, shapes, colors and anatomy -- we support a world of inclusivity and no shame! We want all of our fans to feel included in our brand, because there's room for everyone to sit with us."

This article was written by Katie Keleher for KJRH .