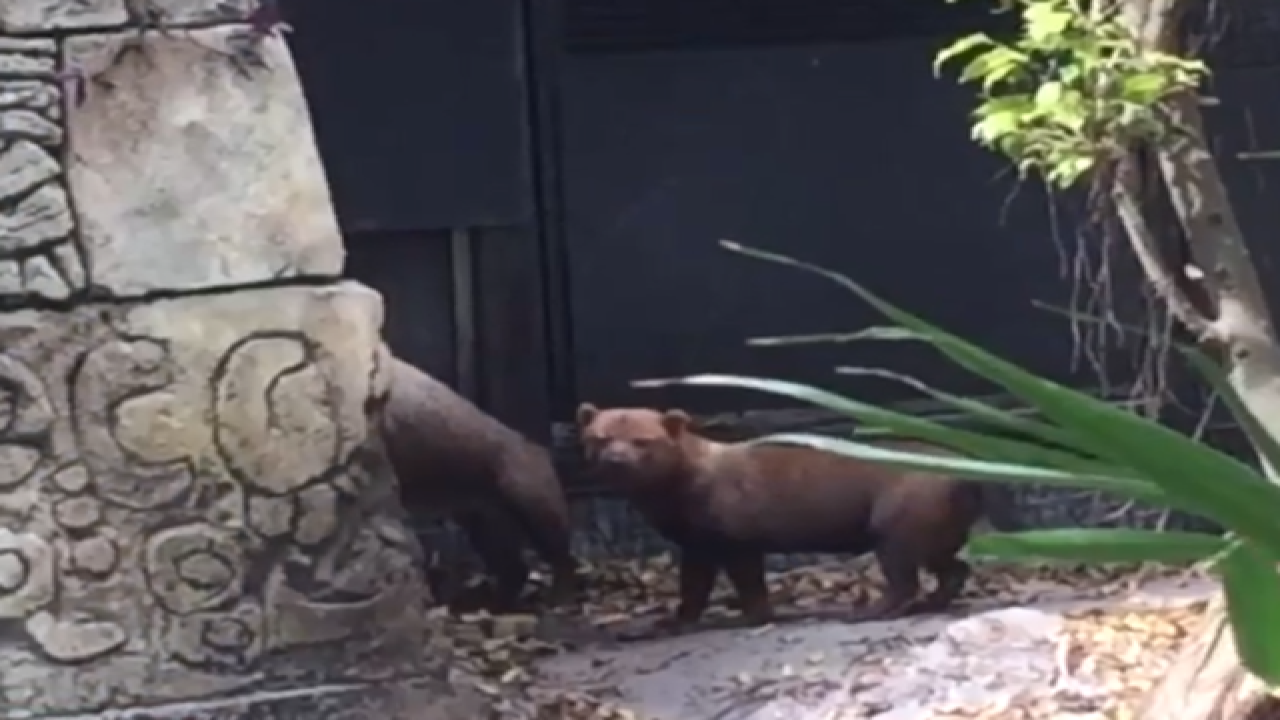 The Palm Beach Zoo in Florida said Friday that human error is to blame for flooding in a bush dog habitat that is believed to have led to the deaths of two endangered animals.

“We discovered that the water line that fills the pool in their habitat was inadvertently left on and we are devastated,” said Jan Steele, the zoo’s director of wildlife care and conservation, in a written statement.

As a result of the internal investigation, the zoo is making changes to the pool feature in the habitat, which will include an overflow drain and additional security features for the supply line valve.

On Thursday, the zoo said that two bush dogs are presumed dead following a flooding in their habitat. But without confirmation, the zoo is not ruling out the possibility that they are still alive, and although unlikely, possibly outside of their exhibit.

Since the discovery earlier this week, zoo officials excavated the habitat, investigating every possible scenario. Lily and Carino likely burrowed underground where they sleep.

“They are one of a few mammal species at the zoo that burrows, and when water started rising in their home, they likely went underground where they sleep,” said Jan Steele, the zoo’s director of wildlife care and conservation.

The incident was discovered early Monday when zookeepers performed a routine check on the animals. Naki Carter, spokeswoman for the zoo, in an exclusive interview with WPTV, said the cause of the flooding is under internal investigation. She said outside agencies are assisting.

The zoo is not ruling out a broken pipe or human error. Carter said she would share the results of the investigation with WPTV which is active and ongoing. The West Palm Beach area received very little rain Sunday.

“We immediately pumped out all the water in the habitat and excavated every burrow. Basically, after an entire day of digging, we were unable to dig any deeper without putting the infrastructure of the habitat in jeopardy,” Jan Steele, the zoo’s director of wildlife care and conservation said in a statement.

According to a news release, zoo officials combed the habitat and surrounding fences for holes and tufts or scratch marks that could indicate the dogs tried to climb a fence.

Crews from Gast Construction Group also assisted with the search.

“Understandably, the zoo staff is heartbroken. They have worked long and hard to develop relationships with these dogs and the loss is devastating," Steele said.

Zoo officials contacted Florida Fish and Wildlife Commission and officials with USDA to report the presumed deaths and ongoing investigation, said the zoo.

“Given how skittish the dogs were when we didn’t find them in initial searches, we set food out their favorite food items to see if they would come out with no one around," Steele said.

Both bush dogs, Lily and Carino, had individual identification microchips, but zoo officials said that to read the chip you must be within a foot of the animal and they were unable to get close during excavations of the habitat.  The Zoo is now home to two bush dogs, a breeding pair, Osito and Dolly.

Bush dogs are an endangered species that are both skilled diggers and swimmers. Their toes are webbed. They are natives of South America.