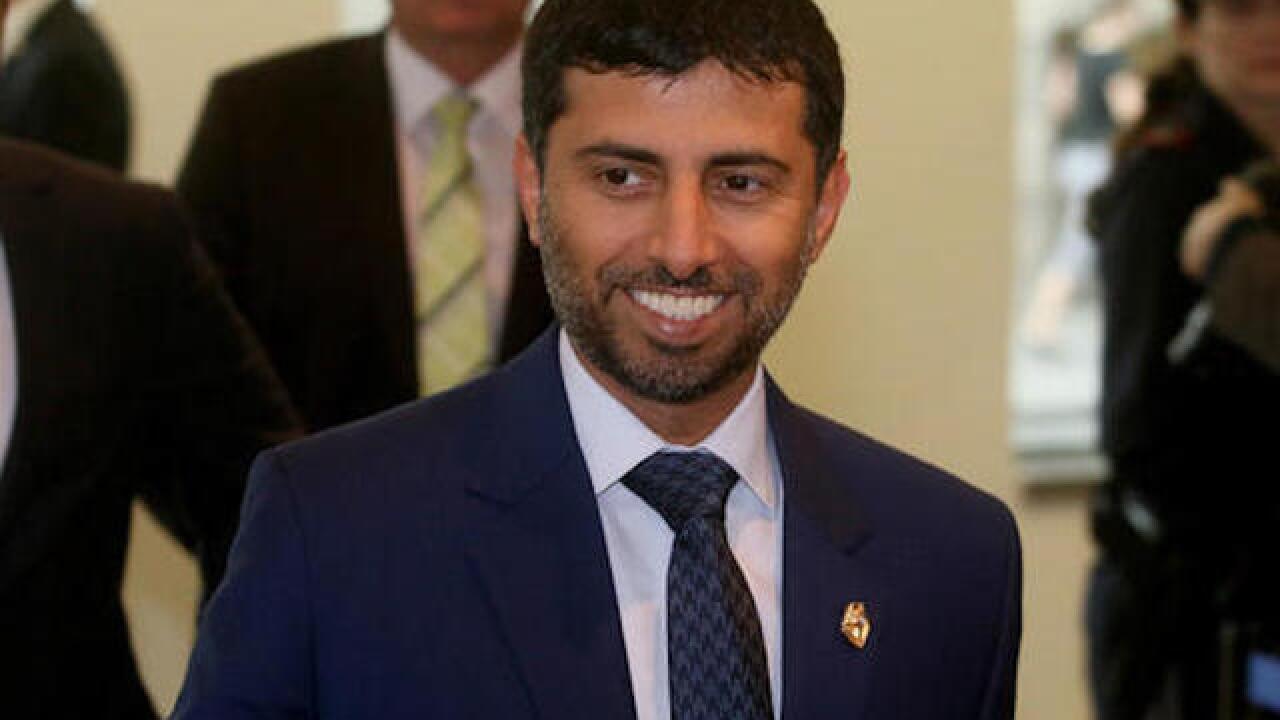 Copyright Associated Press
Ronald Zak
<p>Suhail Mohamed Al Mazrouei, Minister of Energy of the United Arab Emirates, UAE, arrives prior to the start of a meeting of the Organization of the Petroleum Exporting Countries, OPEC, at their headquarters in Vienna, Austria, Thursday, June 2, 2016. (AP Photo/Ronald Zak)</p>

VIENNA (AP) — OPEC oil ministers ended a meeting Thursday without reaching any kind of consensus on regulating the price and supply of crude, a result that triggered an immediate drop in energy markets.

As the ministers gathered in Vienna, comments by some suggested that the oil cartel would send a message of unity on regulating the market after not being able to do so for years.

But a statement read at the end of their meeting made no concrete pledges, emphasizing only the need for members to work for a stable market.

For decades, the 13-nation cartel was able to regulate prices by throttling or increasing production. But attempts to impose production ceilings have foundered over recent years, with countries ignoring them and producing as much they wanted or could. And outside players increasing their market share, recent meetings have failed to re-impose unity.

Thursday's events suggested OPEC was no closer to re-asserting its unity and restoring its image as the major player in determining oil prices for the rest of the world.

One idea was to abandon a firm production target. Experts say OPEC countries could have agreed on a sliding ceiling that could shift between two benchmarks, both above 30 million barrels a day.

That could address Iranian resistance to curbing its output. Since the lifting of nuclear-related sanctions this year, Iranian production has roared back to nearly four million barrels a day, around the same level as before the imposition of the sanctions.

But the ministers were unable even to reach such a more flexible agreement.

The ministerial gathering came amid a recent recovery in the price of oil. Since touching a 13-year low early this year, it has rallied almost 90 percent to around $50 a barrel.