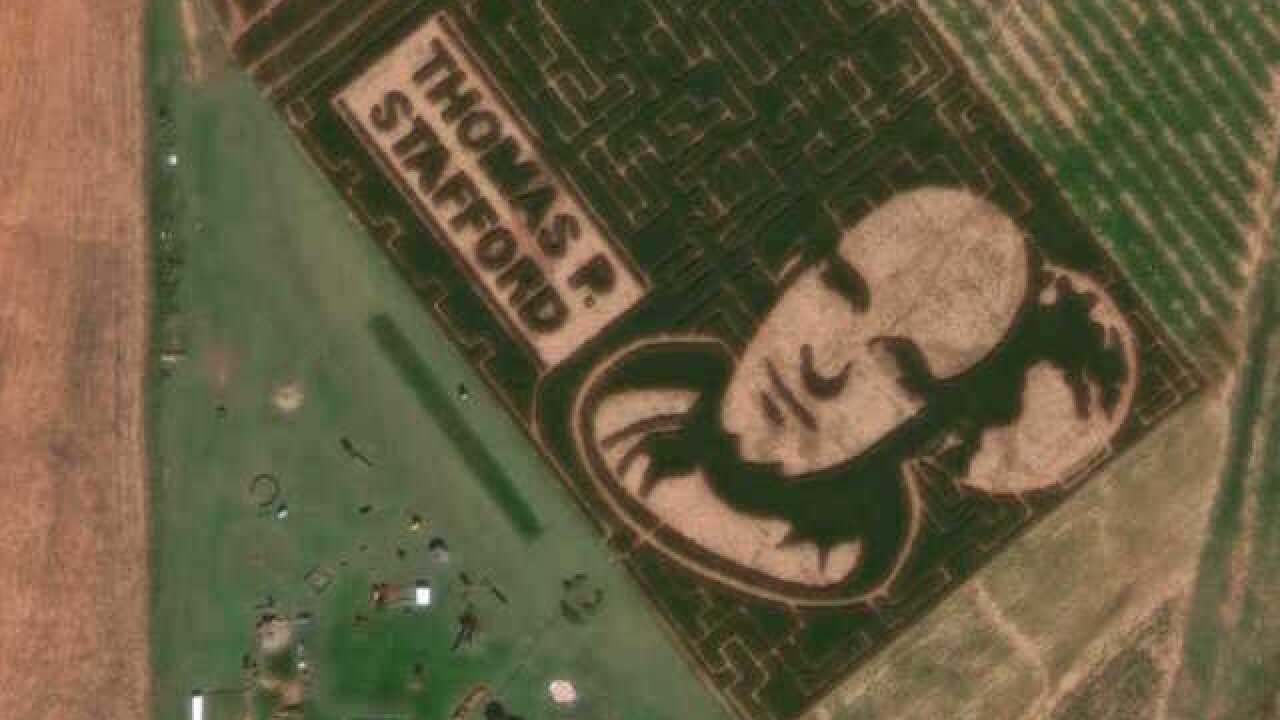 Copyright 2018 Scripps Media, Inc. All rights reserved. This material may not be published, broadcast, rewritten, or redistributed.
Stafford Air and Space Museum

It's apt that a maze cut into an Oklahoma cornfield featuring the likeness of a former NASA astronaut can be seen from space -- and has been photographed by a satellite orbiting Earth.

The image of Oklahoma-born Thomas P. Stafford is cut into a 10-acre field at P Bar Farms in Hydro, about 60 miles west of Oklahoma City.

The maze was created in partnership with the Stafford Air and Space Museum, named for the astronaut, in nearby Weatherford.

A satellite photographed the tribute from its orbit 400 miles away.

The 88-year-old Stafford is a Weatherford native whose space missions included commanding the Apollo flight that linked with a Soviet spacecraft in 1975. It was the first meeting of American astronauts and Soviet cosmonauts in space.